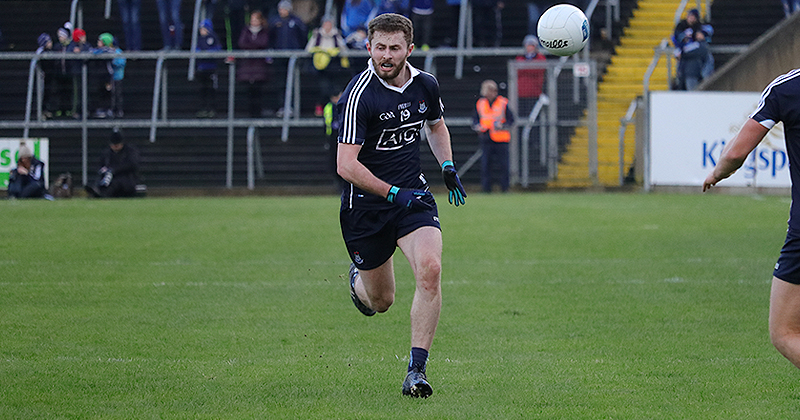 To say the years have been a rollercoaster for Dublin wing back Jack McCaffrey would be the biggest understatement ever. But there’s a certain shine to the polish of this All Ireland victory for the Player Of The Match.

A year ago we all agonisingly watched as Jack tried to get to his feet within minutes of the Final. Cruciate damage put a premature end to his part in Dublin’s fifth All Ireland win of the decade. But the tale goes back further.

In 2013 he was taken off in the final against Mayo. Dublin would lose to Donegal in the semi finals the following year. Illness ensued before the 2015 final, and even through that Jack was named Footballer of the Year. And in 2016 he was a spectator, watching from the stands after returning from travelling in Africa.

Jack Finally Gets Over The Line

So last Sunday, McCaffrey finally got to the final whistle of the All Ireland. And there was no smile as big as the one on his face. He turns 25 next month, and has qualified in medicine. All while dragging himself through recovery from cruciate surgery. Just to get back and be a part of the celebrations with his fellow team mates. Can he top that? Well he only went and put in the Player Of The Match performance only he could.

“Going out on Sunday, I just wanted to work as hard as I possibly could.” he told the Irish Times.

“The lads got me out of jail last year, pulled me over the line when I couldn’t go out and do it myself.”

“The first time I’ve been on the pitch when the final whistle blew in an All-Ireland. Incredible, so satisfying, such a relief, and I’d have to say that’s one of the best performances that I’ve ever put in.”

It’s not the only good performance he’s thrown at us this year. Right through the Championship Jack played like he’d never been carried off the field last year unable to put weight on his leg. In fact to look at him right through the Super 8’s and beyond, he’s played the best football he’s probably every played. And that’s a massive achievement for someone already a Footballer of the Year three years ago.

“It’s incredibly satisfying to transition from watching in the stands throughout the league and early parts of the championship to being down on the field.”

Dublin Are So Much More Than Money

There have been a lot of players and ex players quick to silence the usual money and resource talk of recent years. And of course it reared it’s ugly head again. Spurning Stephen Cluxton to make reference to it in his post match speech on Sunday. And Alan Brogan has also been quite to defend to work ethic and bond this Dublin team has under Jim Gavin. And it’s been refreshing to see others from outside the county defend this Dublin team and applaud them for how they handle themselves.

“There are so many arguments out there about Dublin football, the stuff we’ve done, but I would challenge anyone to take a look at our group and have a cut off us. When we cross the white line we’ll kill you, no two ways about it. We’ll do whatever it takes to win.”

“Sometimes it’s just lads trying to get a bit of a rise. I think when everyone sits down and has a think about it, there are not many lads who look at us playing football and say ‘jeez, the Dubs they’ve got so much money, it’s not fair’.”

But the punchline is still the same. Humility will always remain. The team have never forgotten the losses, which makes the victories so much sweeter.

“That loss to Tipperary in 2011. Losing to Longford in the U-21s in 2013. Losing to Donegal in 2014, then a Freshers All-Ireland final we lost to DCU with UCD. Maybe it’s something about the nature of athletes, always something you have in the back of your mind.”

“It’s funny, we’re sitting here after winning an All-Ireland, and when you look back on your achievements to date, it’s kind of the losses that stick out a little bit.”