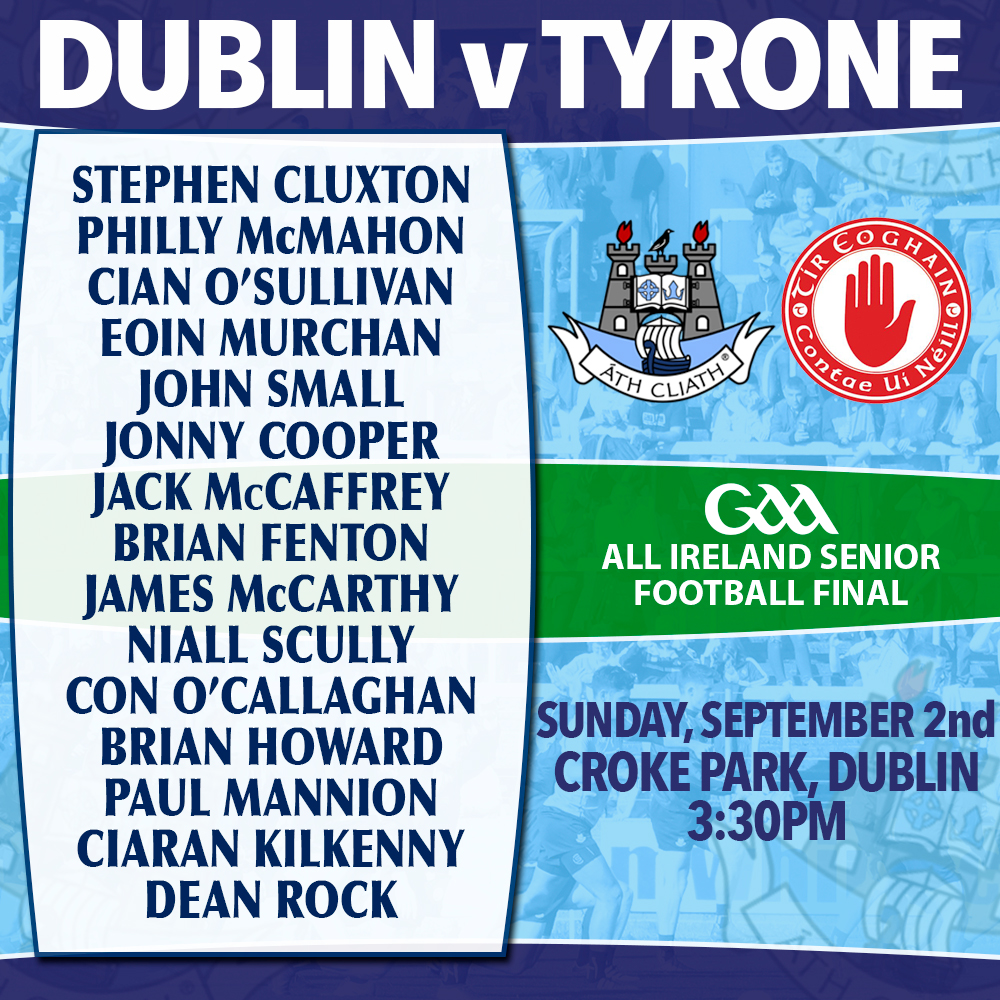 We’re only one day away from the All Ireland Final, the season and the hunt for tickets is still on for so many people. Dublin will face Tyrone in the hope of winning the All Ireland Senior Football Championship for the fourth consecutive year.

Jim Gavin has just named his starting 15 to face Tyrone tomorrow. And Eoin Murchan has again been given the nod over Michael Fitzsimons in the starting line up. For the most part the team stays the same as the side that lined out against Galway in the Semi Final.

Murchan and John Small were last minutes switched three weeks ago as Dublin eased comfortably past the Tribesmen to advance to their sixth All Ireland Final in eight years. And the with the team unchanged, Dublin fans will turn their attention to the other eleven players who will make up the substitutes bench.

Michael Fitzsimons, Michael Darragh Macauley, Paul Flynn, Eoghan O’Gara, Darren Daly, Kevin McManamon and Bernard Brogan are all in search of their sixth Senior Championship medal and would love nothing more than to play a bit part in tomorrow’s game. Others like Cormac Costello and Eric Lowndes should also feature as both have made an impact in recent games.

As we know from the past with Jim Gavin, nothing is set in stone and there could still be a few minor tweaks before tomorrow’s 3:30pm throw in at Croke Park.