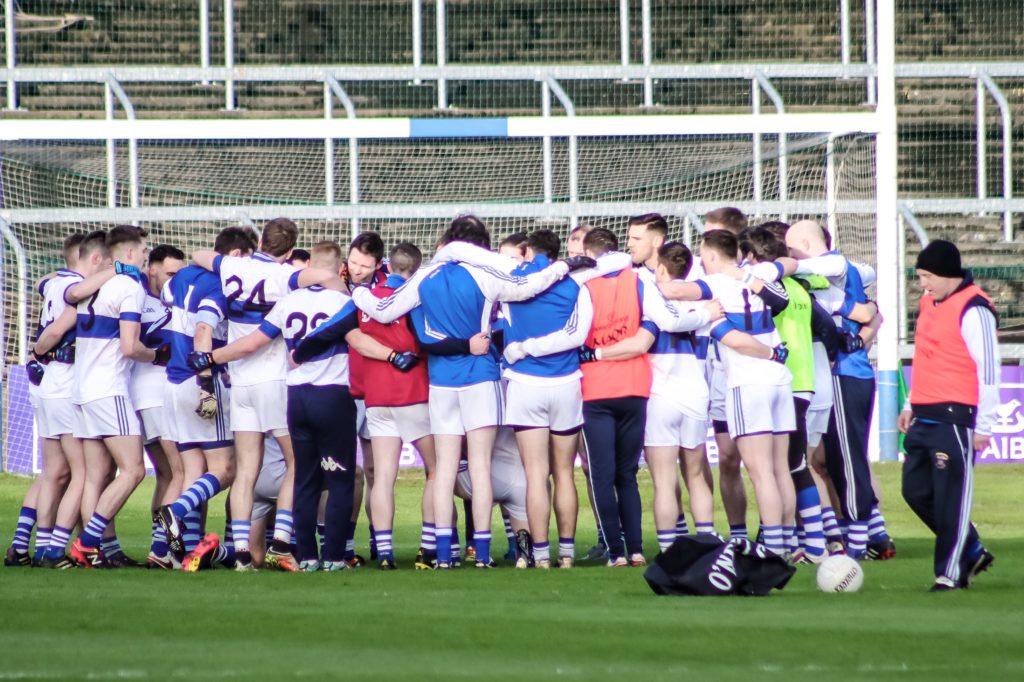 Dublin kingpins St Vincent’s head north to Páirc Esler in Newry looking to claim a place in the AIB Senior Football All Ireland Final. Standing in their way will be Derry side Slaughtneil in a mouth watering semi-final.

St Vincent’s head into the game as favourites to claim victory with a clear bill of health on the player front with no new injury concerns reported in the lead up to today’s clash.

The Slaughtneil club from the foothills of the Sperrin Mountains in south Derry, are riding on the crest of a wave at the moment, as along with the football squad, their Hurling and Camogie teams also claimed their respective Ulster titles and their Camogie team have already qualified for the All Ireland Final.

St Vincent’s though will look to use their greater experience at this level and use the pace within the team to get through the well organised Slaughtneil defence of Chrissy McKaigue, Brendan Rogers, Paul McNeill, Karl McKaigue and Francis McEldowney.

The Vinnies defence will have to keep tabs on Slaughtneil’s dangerous forwards Cormac O’Doherty, Chris Bradley and McGuigan as given time and space they can do damage.

But if Shane Carthy and Daithi Murphy can at least hold their own in the midfield battle and Savage can get his normal quick restarts working to plan, there should be enough ball heading into Tomás Quinn, Enda Varley, Ruairí Trainor and Diarmuid Connolly to pick off enough scores to book a St Patrick’s day date in Croke Park.