Victory for St. Judes today as they won comfortably over St. Vincents in the Senior 1 Football Quarter Finals 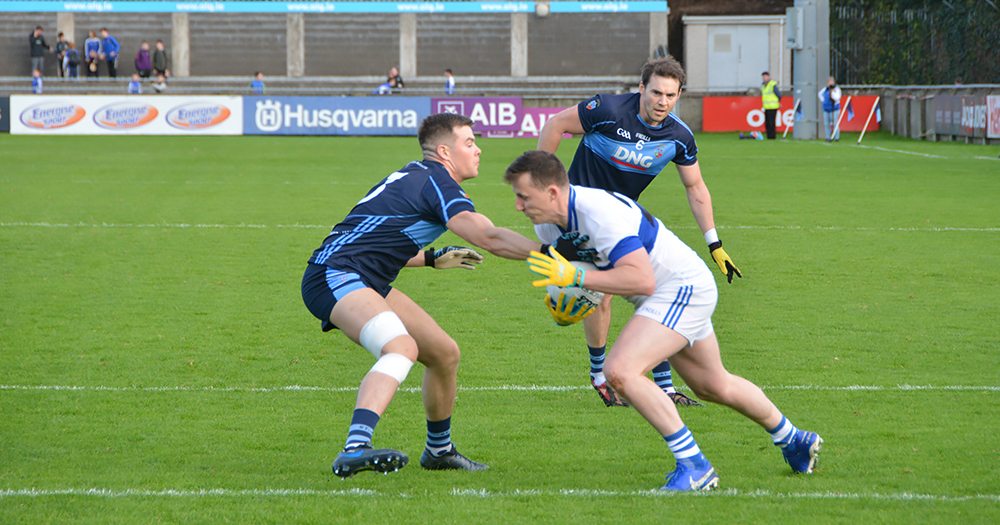 This years Senior 1 Football Quarter Final served up the same result as last year’s Semi Final between St. Judes and St. Vincents, as Judes sank their opponents to advance to the last four.

Like last year, Judes were the dominant force in Parnell Park tonight with seven points to spare at full time, ending another disappointing championship for Vincents. A four score return, three of them coming in the first half told the tale for the former county champions. Their only score in the second half came from substitute Joe Feeney, who was later dismissed for a reckless tackle on a Judes defender.

Both sides were guilty of squandering chances today, with the score at only 0-05 to 0-03 at the break. Gavin Burke opened the scoring for Vincents in the 2nd after a missed goal opportunity from Tomas Quinn. Vincents were two scores up on five minutes when angled a score of his own over the bar. But it would another seven minutes of action before another score was registered.

In that period Sean Lowry, Quinn and Nathan Mullins would share four wides between them before Judes got on the scoreboard in the 13th. Kevin McManamon finally broke the deadlock after failing on his first few attempts. Ronan Joyce followed that up, and when Padraic Clarke converted his first free, Judes were a point ahead.

Diarmuid McLoughlin extended that lead before Adam Baxter sent a huge score over for Vincents to close the gap. And with six minutes remaining in the half, no one would have believed that would be Vincents last score until the 59th minutes of the competition.

With Tome Devlin having the last say for Judes on the first half, they continued their dominance after the break, scoring six points without reply from Vincents. The first four were from frees. Niall Coakley and Clarke (3) shared the spoils, and McManamon was on hand to add the final two from play. That left the score at 0-11 to 0-03 with the clock ticking.

And in more ways than one Feeney finally ended Vincents baron spell, and also received his marching orders.

Will Stephen Cluxton Finally Get The Player Of The Year Award

There’s Been No Discussions About Retirements Says Kilkenny