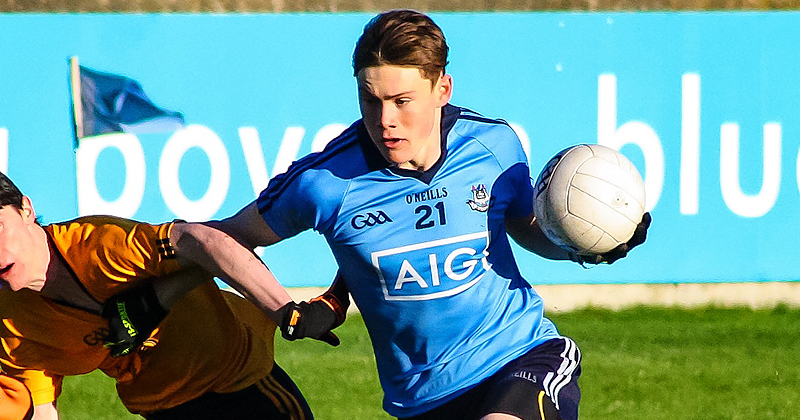 It’s not spoken about by the Dublin Senior Football management or panel. It’s taboo among fans, with it’s mention now ranked with Shakespeare’s MacBeth for superstition.

But the sports writers from the42.ie have put their heads together and have unanimously agreed that it will take a huge effort from any other county to road block Dublin from their third consecutive All Ireland Senior Football title in 2017.

It’s January, the turnstiles haven’t even been oiled for the National Football League, and most of the players have still to return from holidays.

Some supporters have taken the winter jackets from the wardrobe, washed the hat,scarf and gloves, and have braved the elements to check out some new talent in the Leinster Pre-season. Thoughts of September are a very distant memory.

For some though in the interest of creating some excitement and debate, forecasts and predictions are as necessary as the paper the All Ireland final tickets are printed on.

Who will be taking the Liam McCarthy and Sam Maguire Trophies home at the end of this year, and who are the players to watch out for?

While the question of who will take home the All Ireland Hurling title was more than a one horse race, the panel, with the exception of Kevin O’Brien all tipped their hats to Jim Gavin leading Dublin to that third trip up the steps of the Hogan Stand in September.

Sinead Farrell, while believing that Mayo are inches away from ending their all Ireland drought, still believes it’s Dublin’s once again.

Alan Waldron called the current Dublin panel special, and once Jim Gavin can avoid injuries to key players, it will take a serious opposition to dethrone the reigning champions.

Paul Dollery is of the opinion that the likes of Kerry, Mayo and possibly Tyrone are more than capable of toppling the champions. But with the return of 2015 Footballer Of The Year Jack McCaffrey, Dublin only look likely to get stronger before they get weaker.

In agreement, Fintan O’Toole mirrors the sentiments of Dollery, adding that the emergence of forwards like Colm Basquel and Con O’Callaghan will only bolster the Dub’s attack.

In terms of players to watch out for this year, and among Tipperary’s Michael Quinlivan and Conor Sweeney, Tyrone’s Peter Harte, Dublin’s Jack McCaffrey and Mayo’s Patrick Durcan, Con O’Callaghan’s name arose again. This time by Alan Waldron.

“Con O’Callaghan had quite a 2016, making the breakthrough, albeit on the fringes, for Gavin’s side.” he said.

“There is no shortage of competition for spots in the Dublin forward line but his aggressive running, direct approach and eye for goal certainly add to the arsenal of the Boys in Blue.”

Meanwhile on the subject of Ladies Football, all bar Sinead Farrell believe that Dublin, under the watchful eye of newly appointed boss Mick Bohan will finally end Cork’s stranglehold over the the Championship and bring the silverware back to the capital.

So things are already shaping up nicely in the world of predictions, but it’s a very long and treacherous road to September of 2017.

Here’s to a long and eventful journey.

Comerford Will Get His Chance But Maybe Not This Sunday

Video: Ballyboden Return To Form In Dublin SFC Round 2 Win...