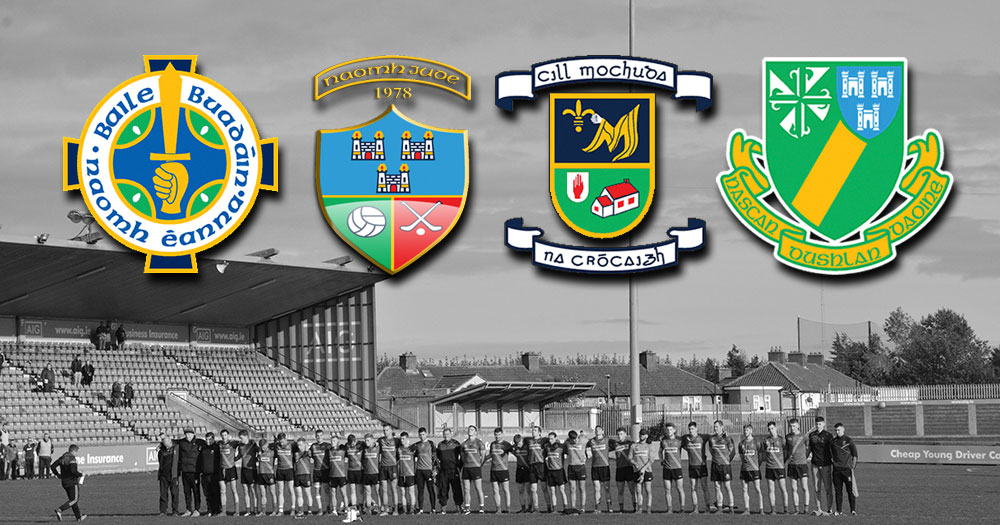 A huge crowd is expected in Parnell Park tomorrow evening as two deciders will determine the pairing in this year’s Dublin Senior 1 Football Championship Final.

We’re down to the last four. Ballyboden St. Endas, St. Judes, Thomas Davis and Kilmacud Crokes have come out of their respective round robin groups. And they’ve tackled the first knockout hurdle to earn their slots tomorrow.

‘The Dodder Derby’ gets proceedings underway as Ballyboden St. Endas will take on St. Judes. Their Quarter Final wins were polar opposites in terms of competition. Boden were pushed to the limit by Na Fianna and it took extra time to seperate the sides. While Judes had a more comfortable last eight clash beating St. Vincents by seven points.

A hat trick of goals by Colm Basquel saw Ballyboden rescue a 3-15 to 1-15 result. In extra time Basquel scored all of his sides 2-01 having secured the additional twenty minutes of game time with a late equaliser.

In the fifth minute of the second period the ballsy forward bagged the first important goal. Substitute Tom Hayes played Basquel on and he cleverly found the corner of the net past keeper David O’Hanlon. He struck again in the final minute after some great link play by James Holland and Michael Darragh Macauley.

Basquel saved the tie for Boden in the 57th minute with his first goal of the game to help ensure the extra time.

For Judes it was a lot more comfortable and St. Vincents will look back and ask why. Once they settled into a rhythm, the Tymon Park side were certainly the more controlled. They lead by two score at the break and restarted kicking six unanswered scores to all but arap up the win.

Vincents didn’t register a second half score until Joe Feeney split the posts in the 59th. And he was soon dismissed reducing the Marino side to fourteen men. Judes first four scores of the second half were placed balls shared by Niall Coakley and Padraic Clarke.

Kevin McManamon, who was hugely influential throughout added two scores to make it 0-11 to 0-03 in their favour.

St. Vincents will rue two perfectly score-able goal chances that could have changed the face of the encounter. Tomas Quinn pulled a ball wide across the face of the Judes goal two minutes into proceedings. Paul Copeland parried Vincent’s second goal chance over 20 minutes later when Sean Lowry tried to palm a ball in from an Adam Baxter ’45.

The shock of the round certainly came in this game. But make no mistake Thomas Davis were worth every cent of the ticket price against Castleknock. Two goals inside a minute saw the Kiltipper side stun Castleknock who were leading 0-05 to 0-04.

Ryan Deegan was first up, after clever interplay from Eoin Lambert and Eoin Kirby. Deegan buried the ball to the net past Morven Connolly. Immediately on the restart Thomas Davis won possession, and Ciaran Farrelly showed nerves of steel in front of goal to finish.

Castleknock immediately responded with Tommy McDaniel beating keeper Rob Crilly. But in a high tempo game it was Thomas Davis who won the majority of the exchanges, particularly in defence. They finished 2-07 to 1-08 at the break and silenced Castleknock again immediately after the restart when Brendan Kirby hit his teams third goal and they kept that momentum to see the game out.

A much improved second half performance saw reigning Dublin champions Kilmacud Crokes over the line against Clontarf. The introduction of Paul Mannion and the dismissal of Jack McCaffrey made it an interesting session which ultimately went in the favour of the Stillorgan side.

Clontarf had a slender 0-07 to 0-06 lead at the break, but Mannion bagged two points with his first two touches to swing the game back in Crokes favour. And following MCCaffrey’s straight red card, Crokes scored eight unanswered scores, two of them coming from the ever present Pat Burke.

The Tarf men only registered one score in the second half with Kieran McKeown putting his fourth of the game over three minutes into additional time.