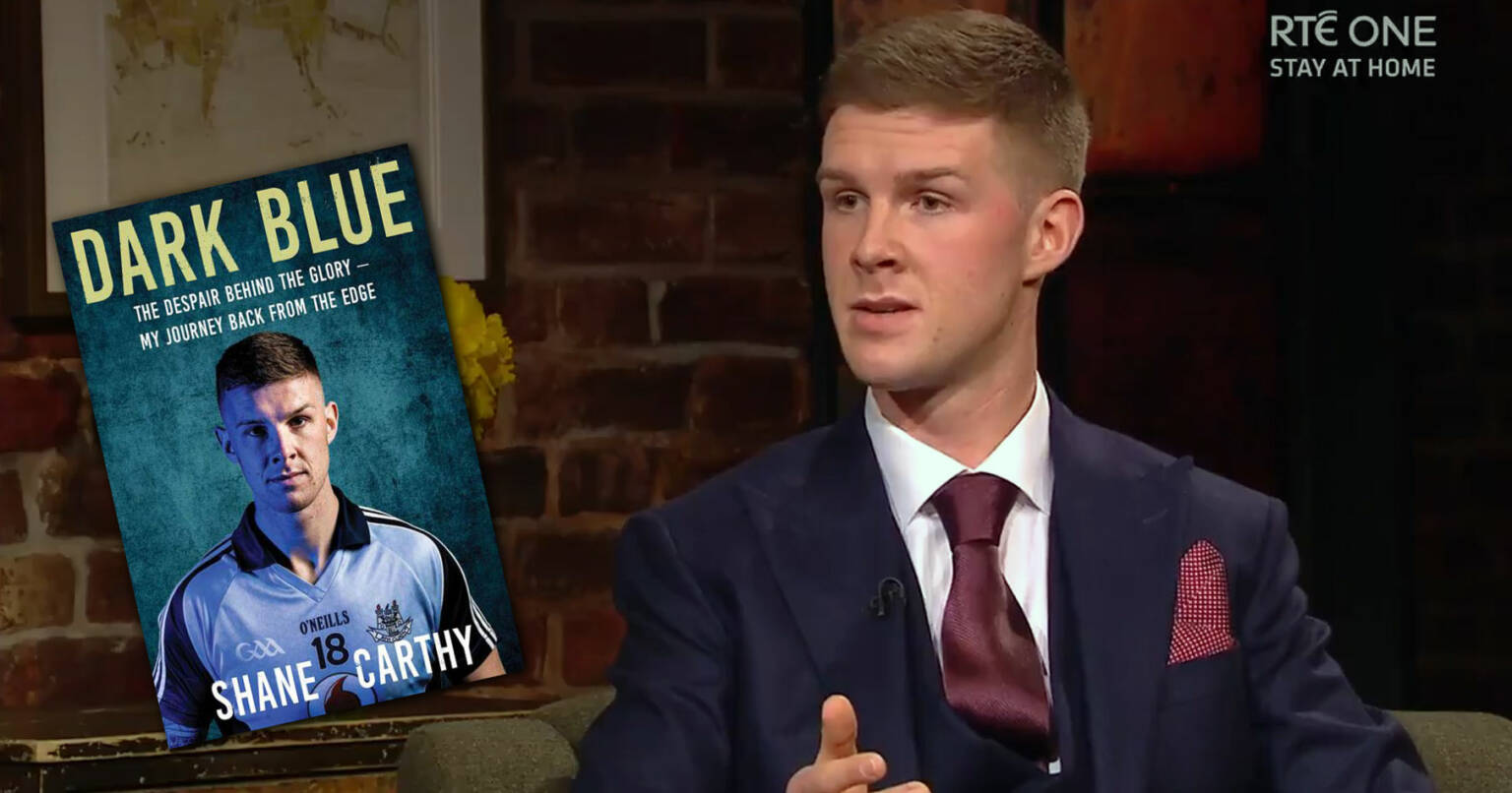 Friday’s Late Late Show on RTÉ was one many Dublin fans had longed to tune into for quite some time. And after penning the book “Dark Blue” Dublin and Naomh Mearnog club man Shane Carthy joined Ryan Tubridy on the Montrose set to talk candidly about “The Despair Behind The Glory”.

A rising star in the ranks of the Dublin football set up, Carthy from the outside looking in was living an idyllic life. An ascending star the Portmarnock man had come through the ranks of the underage county set up. He impressed at every level right up a player of the match performance in the 2014 Leinster U21 Final. A part of a panel that included Dublin stars like David Byrne, Robbie McDaid, John Small, Jack McCaffrey, Niall Scully, Eric Lowndes and Cormac Costello.

However shortly afterwards Carthy would find himself in St. Patricks Hospital starting an eleven week journey that would see the beginning of his road back from a long struggle with depression.

And it was Shane’s transparency in both “Dark Blue” and on last Friday’s Late Late that will warm people to his story and his newfound confidence to battle mental health head on.

‘I owe Dessie my life’

In what was a very touching and powerful interview with Ryan Tubridy, Shane discussed a morning coffee meeting with current Dublin Senior Football manager Dessie Farrell. A meeting that would lead to him to finally getting the help he needed to start his recovery.

“I confided in him because Dessie had previous with depression. He was also previously a psychiatric nurse so I trusted in him.”

“I met him in Santry for a cup of coffee. People were having their breakfast, their morning coffee, and I was in a flood of tears.”

“For the five minutes I did get to speak to Dessie I let him in on what was going on for me for the previous two years.”

“He promised me that I’d get the help that I so deeply needed. He set me up with an appointment with a psychologist just two days later.

“I had never got to that (stage before).”

Dark Blue: The Despair Behind The Glory is available now and can be purchased online at Easons.

If you missed last Friday’s Late Late Show you can watch it anytime on the RTÉ Player.