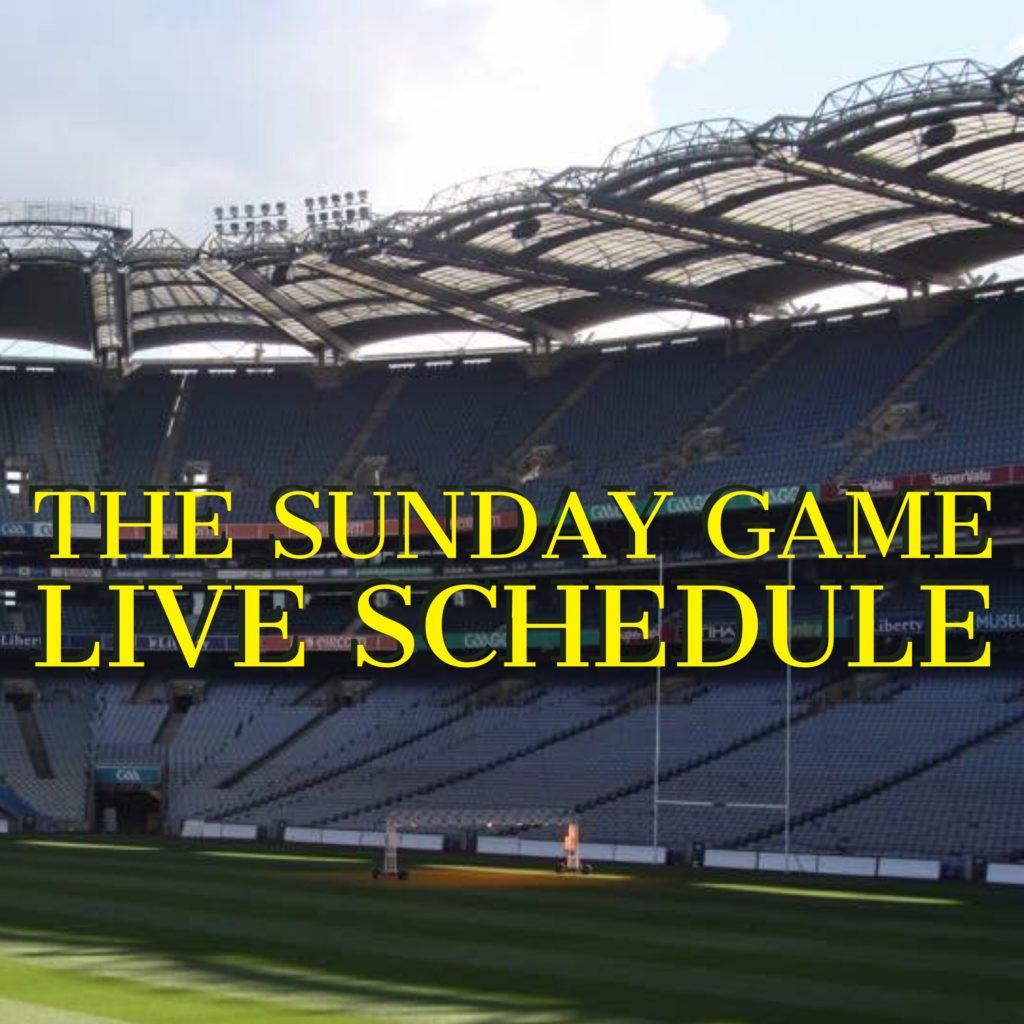 The sudden appearance of the Sun over the last two days finally had everyone thinking of the summer. The temperature rose enough for an upsurge in ice cream sales, the smell of fresh cut grass has wafted through the air and for GAA fans thoughts have turned what they hope will be many sunny trips to watch their county team through the football and hurling Championships.

The football championship got underway yesterday with the annual trip for a Connaught side to take on New York in the Big Apple. But for many the championship doesn’t start till they hear the first notes of the theme tune of The Sunday Game.

Yesterday RTÉ announced their schedule of live championship games in football and hurling that they will be showing throughout the summer, a grand total of 31 games available in High Definition with Michael Lyster once again in the hot seat.

Games will also be available on the RTÉ player and extensive coverage across their online and mobile platforms. RTÉ will also have exclusive national coverage of every game in both codes on Radio 1’s Saturday Sport and Sunday Sport programs.

Speaking ahead of yesterday’s launch of the RTÉ coverage, Group Head of RTÉ Sport, Ryle Nugent, said: “Nothing says summer like the start of the championship season and all of RTÉ’s platforms are lined up and ready to go to give audiences the very best of our national games.

“The GAA Championships are a unique sporting and cultural event and as the national public service broadcaster RTÉ is proud to have it at front and centre.

Supporters won’t have to wait long for the first live action of the championship with coverage of the game between Monaghan and Fermanagh in Clones on May 20th beginning on RTÉ2 at 6.30pm.

All six provincial finals in both codes, the four All Ireland senior football quarter finals and All Ireland football and hurling semi-finals and finals will be covered by RTÉ.

Below is the list of all 31 games to be televised Live on RTÉ2:

Saturday 20th of May:

Dublin Rolled Up As Cork Capture U20 Football Title

Dublin’s Recent History Against Tyrone Is Wrapped Up In Blue