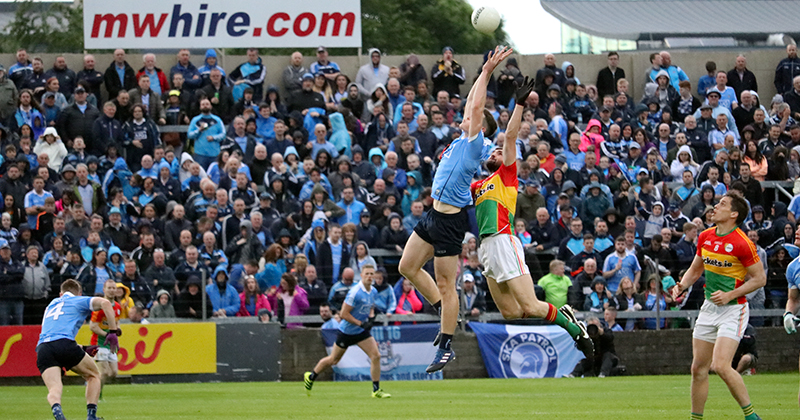 With the 2018 Championship right around the corner, RTÉ Sport have released the action they will be covering in a very new look competition format starting Sunday week, May 13th.

With the revamped provincial hurling competitions and the introduction of the Super 8s at the quarter-final stage of the All-Ireland football championship, it promises to be an eventful summer.

RTÉ will as always have exclusive national radio commentary of every game in the hurling and football championships across their Saturday Sport and Sunday Sport on RTÉ Radio 1, as well as unrivalled coverage on RTÉ.ie and the RTÉ News Now App.

RTÉ Sport, on television, radio, online and across its news coverage, will be the place to find all the action in this huge summer of Gaelic games.

The Sunday Game Live returns on Sunday, May 13th, with a double-header of hurling and football action. First up Dublin face Kilkenny at Parnell Park in the Leinster senior hurling championship, followed by Mayo v Galway in Castlebar in the Connacht senior football championship.

The live Championship action on radio throws in this Sunday evening, May 6th, with live commentary from Marty Morrissey on RTÉ Radio 1’s Sunday Sport, with Leitrim’s trip to New York to take on the hosts in Gaelic Park in the Connacht Senior Football Championship.

RTÉ Online will serve as the digital hub for all Championship coverage and you can keep up to date on the latest news.

The RTÉ Player will also offer live streaming of all RTÉ’s live and highlights programming, exclusive match previews, extended manager and player interviews, and the best of the Sunday Game’s expert analysis on the football, hurling and camogie championships.