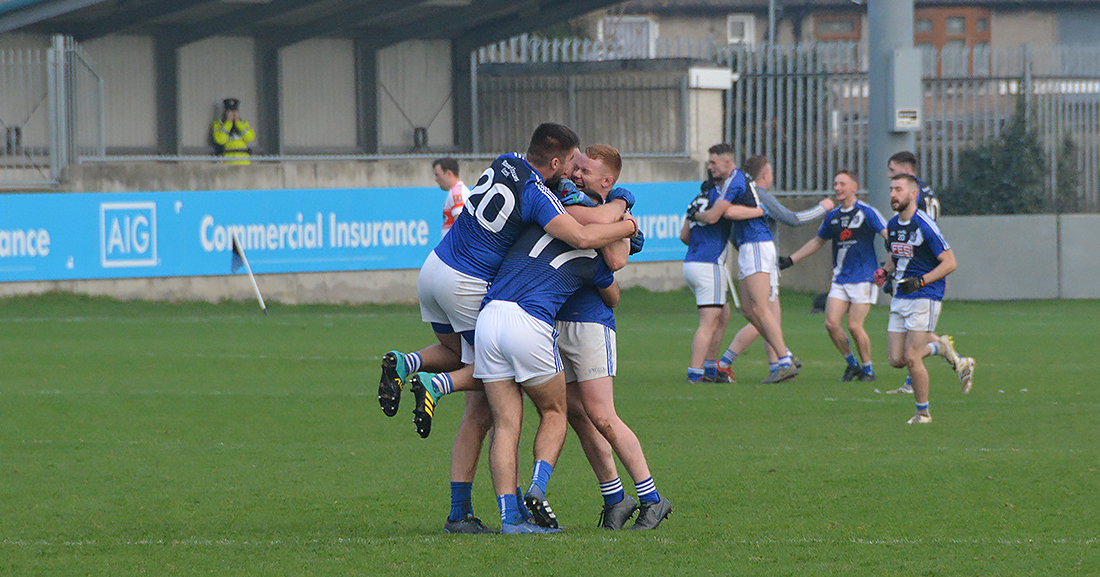 Only three points seperated the sides at the break but Towers pulled away in the second half despite some dogged competition from Colmcilles. There were goals a plenty for both teams, scoring one each in the first half and a brace after the break. But Towers outscored Whitehall by 2-12 to 2-04 in an enthralling second half.

The Lusk side definitely had the better of the opening exchanges and were 0-06 to 0-00 up by the 10th minute before Cormac Costello converted a free for Whitehall to get them on the scoreboard. But the closest they’d get to Towers would be one point when Costello drove the ball past Rory O’Brien and into the net in the 23rd to make the score 0-08 to 1-04.

Tower’s response was immediate and from the resulting kickout Kyle Connell had the ball in the church end net cancelling out Costello’s strike.

Liam Bohan scored his fifth and Towers last of the half to give his side a five point cushion, but two frees from Costello had Whitehall back within three with the half time score at 1-09 to 1-06.

Four second half goals to entertain the Parnell Park audience

Again Towers started the quicker on the restart and on 3 minutes had bagged 1-01, with half time substitution Luke White palming to the empty net. But Whitehall had not given up. Two minutes later Eoghan O’Donnell was powering towards the shed and he made no mistake, clinically finishing to give his side a lifeline. But it was short lived as within two minutes Cormac Howley had converted a free before Darragh Kelly sprang from centre field to grab Tower’s third goal.

The eight point cushion gave the Lusk side some breathing space and Whitehall needed to dig deep. But they were relying heavily on the fee taking of Costello, which today may not have been at it’s best. However, had it not been for Cormac the scoreline would certainly have been different.

He’d scored another two from dead balls either side of two from play from Cormac Howley as the second session reached the half way mark. Towers were nine scores clear but soon that would be eleven as Luke White and James Hanratty both split the posts as we hit ten minutes of normal time remaining. Niall O’Connor replied, and another Costello free saw that lead reduced. Sadly it would be the closest they get as Round Towers dominated the remainder of the game and additional time.

Following a Kyle Connell point for Towers Whitehall squandered a number of goal chances as the Towers defence swarmed any player in the square. Frustration builded and an incident off the ball between Costello and Chris Tonge, Tonge was given a yellow card, but Costello was sent to the stand on a black with two minutes of normal time remaining.

As the clock struck the thirty minute mark Hanratty, Bohan and Aaron Duffy all added to Towers lead. Whitehall sub Keith Campbell spared some of his sides blushes with a well taken goal. But with White hitting the final score before the final whistle it ended an emphatic performance by the Lusk side, crowning them Senior 2 Champions.

Scorers for Round Towers Lusk

DUBLIN WILL BEGIN ALL IRELAND DEFENCE WITH ANOTHER AWAY FIXTURE