As Mullinalaghta await this weekend, Ross McGowan is fulfilling his dream with Kilmacud Crokes 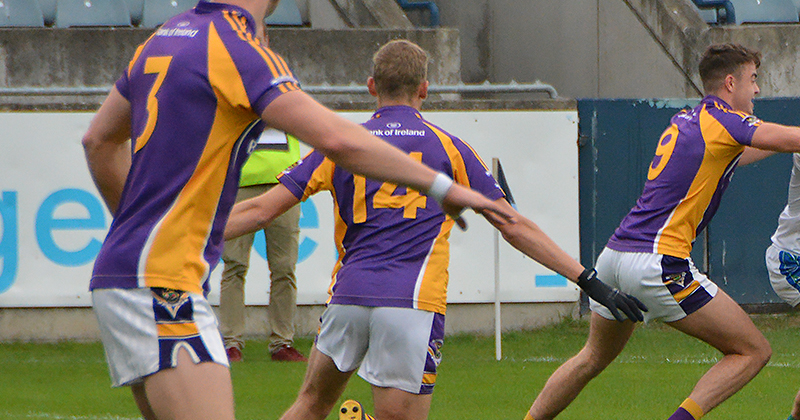 It’s surely every kids dream. As they follow their local team through the good days and the bad, to one day be the followed. And in Kilmacud Crokes big football campaigns between 2004 and 2010, many kids travelled the province, and indeed the country, to support their senior footballers.

Back in 2009, Johnny Magee and Pat Burke climbed the steps of the Hogan Stand. They’d just beaten Crossmaglen in the All Ireland Final. Today Magee is joint-manager of the senior side along with Robbie Brennan. And Pat Burke? Well Pat’s still playing in attack at the age of 35.

But one kids in Croke Park that day was Ross McGowan. And this weekend Ross lines out with Crokes to face the Longford champions Mullinalaghta for the Leinster Title. And who knows where the winner will end up.

“It was great to be along of those journeys and be part of it.” McGowan told the42.ie

“It’s something that has propelled me into where I am now, being on those journeys and seeing the lads and how successful they were and wanting to be in that position.”

The turn of the new breed from Crokes

McGowan is five years with the Kilmacud senior side. And he knows just how difficult it is to get out of the county, let alone the province. But after many years of nearly but not quite, Crokes overcame St. Judes to capture their eight Dublin county championship.

And with a former All Ireland Club Champion at the helm, Ross explains just how much everyone is enjoying their current journey with Johnny and Robbie Brennan.

“Two completely different personalities but as a whole together they work really well.”

“I think that’s evident in the performances we’re getting this year. They’re managing everyone so well on the pitch and lads’ bodies because it’s been a long season for most.”

“They’ve done really well and everyone is really enjoying the set-up at the minute.“

Along with Magee, McGowan has high praise for veteran forward Pat Burke, who’s experience surely plays a massive part in the teams campaign this season.

“He’s fantastic at getting his scores but also on the pitch he’s so calm and level-headed and he reinforces that message across the rest of the lads and it calms everyone down.”

“There was a point in the Portlaoise game where we was back on our own 21, turned a man over and won a free. That’s the sort of stuff that Pat brings to the team. A fantastic leader.”

Can Kilmacud climb the Leinster Ranks

Kilmacud Crokes are hoping to land their fifth Leinster Championship this weekend, which would make them the third most successful club in the province beside Eire Og of Carlow, with only Portlaoise and the might St. Vincents above them with championships won.

But before they can boast that accolade they must face a strong challenge from the Longford champions. Mullinalaghta got a 0-02 victory over Rhode in their Quarter Final, but took apart Eire Og in their Semi Final encounter by a massive 0-18 margin.

They’ve won Longford the last three years and they’ve been involved in Leinster, they’ve had their experience.”

“So while there is that story of David v Goliath, we’re very aware that there’s 15 lads on the pitch at any one stage. We’re focused on the job at hand and we’re making sure we get a performance in.”

ALL IRELAND TO BE DECIDED BY THE KICK-OUT BATTLE AND STRENGTH...

REFEREEING STANDARDS NOT UP TO SCRATCH