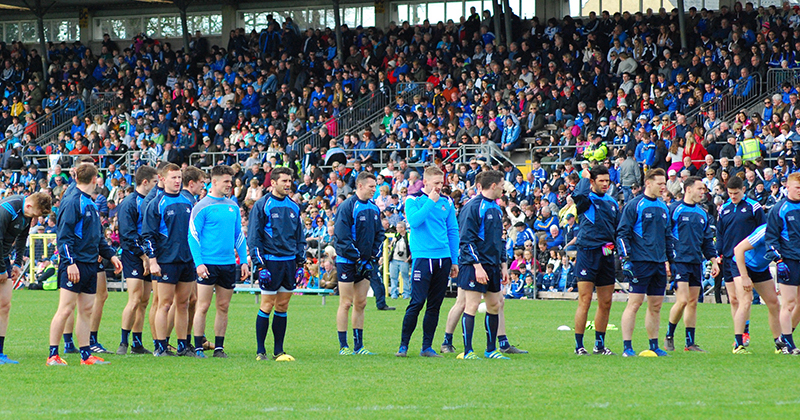 It won’t get old. It will never get old. The meeting of two giants of gaelic football brings everything you’d expect from a Division 1 League Final. Dublin and Kerry will once again go toe to toe in Croke Park. No semi finals to contend with this year, the top two sides in the division will face off for the honours.

Last year was Kerry’s first league final appearance since 2009, which is quite unbelievable considering they’ve still won more league honours than any other team (19). They won’t want to be runners up again, and they definitely won’t want to be the bridesmaids to Dublin again.

Forget March 18th in Tralee, forget the League Final last year, forget the All Ireland Semi Final too. Sunday will be it’s own focus. Kerry will not want to leave empty handed, but it’s how they field that’s important.

Dublin are entering their 25th League Final, they won twelve and been runner up in twelve. But that’s not the full story. The boys in blue are looking to make it five consecutive league titles in a row and continue their massive record breaking unbeaten run.

Considering both these sides have met so many times over the years, and have both competed in 24 league finals, Dublin and Kerry have only ever might three times in the closing stages of this competition, last year and back as far as 1987 and 1978. And in terms of bragging rights, Dublin have won two of the three meetings.

Twelve months ago, Kerry left Croke Park the worse off, with Dublin outplaying them and winning on a score of 2-18 to 0-13. Second half goals from from Paul Flynn and Eric Lowndes saw Dublin lift their fourth league title on the bounce. And there’s been no stopping them since.

The League campaigns for both side however have been unusual. Kerry started well with a win against Donegal in O’Donnell Park, but lost the next two games to Mayo and Monaghan. They found their form but only against a struggling Roscommon side and only managed one league point against Dublin two weeks later. They would draw again against Cavan and finally get a decisive win against Tyrone on the final day of the rounds to guarantee their spot.

Dublin opened their account with an away win against Cavan, but then had to settle for two draws, against Tyrone and Donegal. A much more convincing performance was to come in their next Spring Series game as they annihilated Mayo on a score of 1-16 to 0-07. The drawn game in Tralee against Kerry we’ve already mentioned. But the Dubs finished their campaign in fine fashion, with a comprehensive win over Roscommon, and while their backs were against the wall in Clones, they kept their nerve to finish strong and beat Monaghan to secure their Final berth.

Once again there won’t be much to seperate these two sides this weekend, and Eamonn Fitzmaurice and Jim Gavin will have done plenty of swatting before this final exam. And you can be sure what ever happens this Sunday, no matter what anyone says, this will be a preview for the forthcoming Championship.

Path to the Final

DUBS ON THE DOUBLE IN EARLY JANUARY