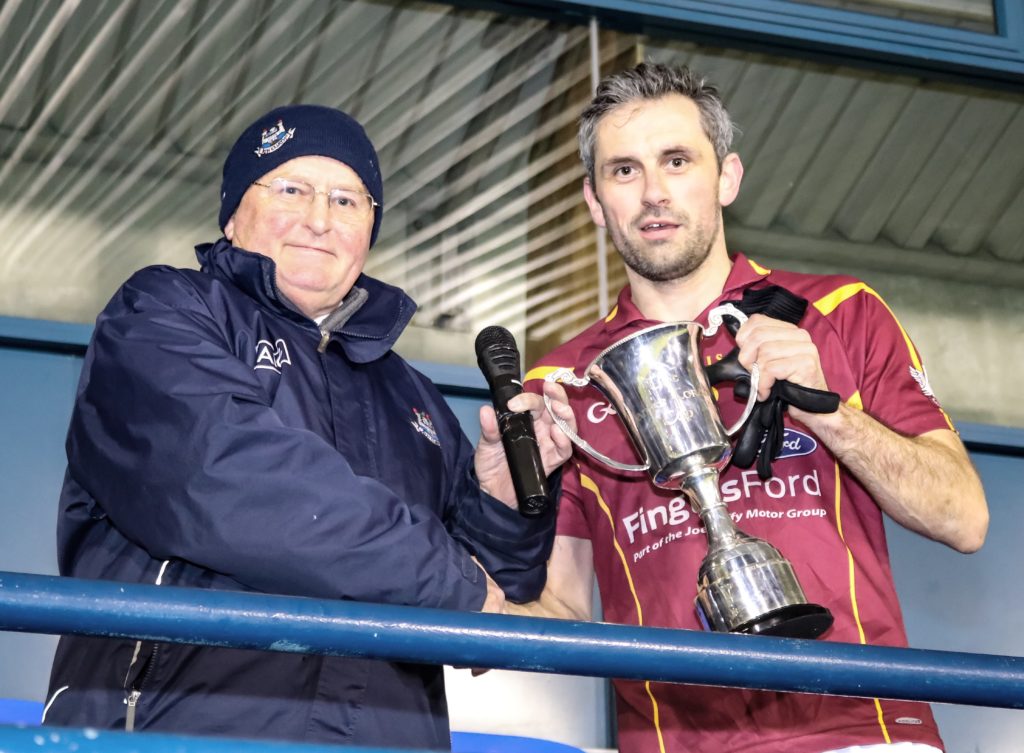 St Oliver Plunkett Eoghan Ruadh came out on top by a single point tonight in a tense battle with Cuala to lift the Dublin SFC B title.

The game was played on a sodden Parnell Park pitch which made it difficult for both teams throughout the contest, but all credit to both teams as they served up a tense and competitive game with the result right in the balance till the final whistle.

Plunketts got off to the better start and led 0-04 to no score inside the opening six minutes. Leigh Herron got the ball rolling with a good finish and that was quickly followed by a Tomas Corrigan free on three minutes.

Two well taken points from Gareth Smith and David Kelly had Plunketts well in control and Cuala needed a response before the game even at this early stage went away from them.

And a response is exactly what they got, in the tenth minute midfielder James Power finished off a good move to register the Dalkey outfits first point of the final. Points followed from Luke Keating and Niall Carthy from open play and on nineteen minutes when goalkeeper Darren McBrien swung over a free the sides were level.

A minute later and Cuala took the lead for the first and only time in the game from a Luke Keating free. Plunketts finally ended a fifteen minute barren scoring spell when Niall Walsh scored a fine point from open play to once again leave the sides level on the scoreboard.

A Tomas Corrigan free with seven minutes left in the half gave the Navan Road side the lead again, but Cuala replied in kind seconds later with an excellent point from Luke Keating as the back and fourth nature of the contest continued.

It was left to Plunketts captain Alan Brogan to have the last say of the half, he collected the ball completely unmarked out on the left wing, he took off up the sideline before cutting inside past a would be tackler and stroked the ball straight over the black spot to give his team a slender one point lead at the break with the score 0-07 to 0-06.

The second half followed a similar pattern with both defences on top, few scoring opportunities and little between the sides. 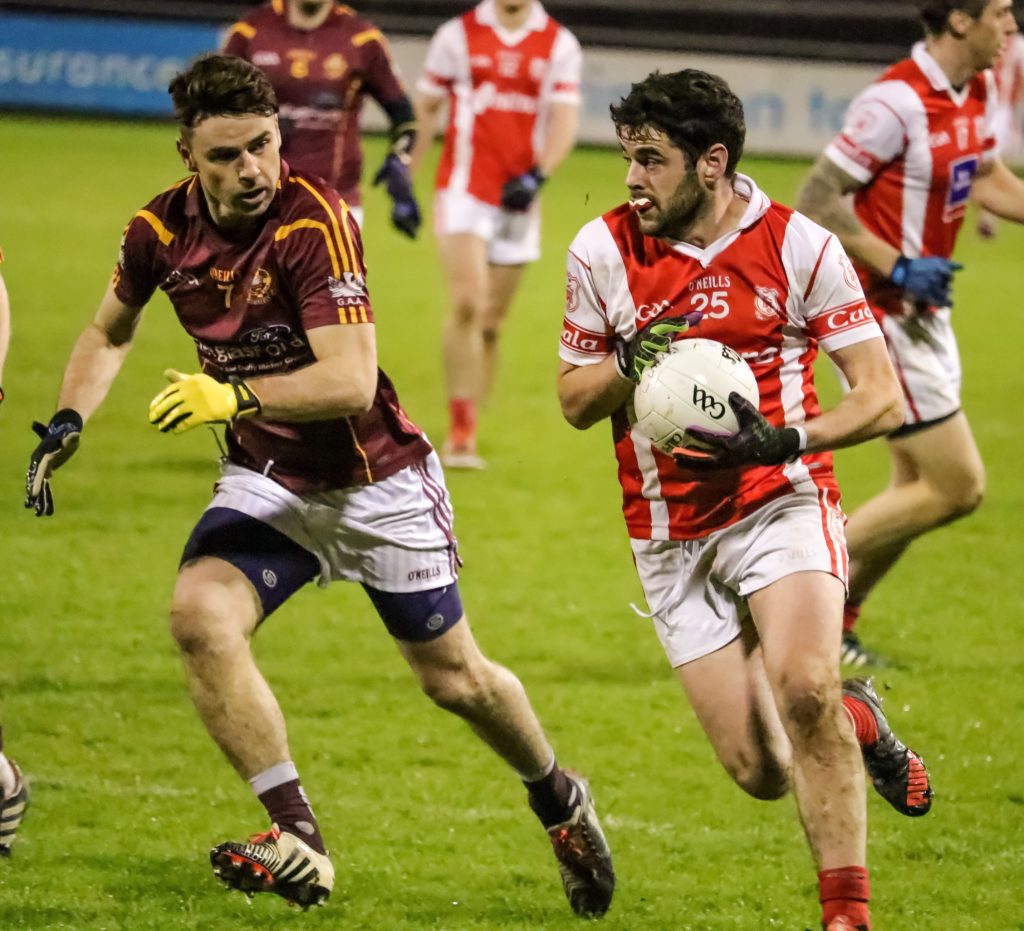 Plunketts extended their lead to two with a free from Tomas Corrigan shortly after the restart. Four minutes in an Cuala’s Con O’Callaghan narrowed the gap again with a nice point from play.

But Plunketts move the ball quickly down the other end of the pitch and Leigh Herron finished off the move with a fine point. The Navan road side were dealt a blow eight minutes in when Niall Walsh was black carded for a high tackle and Con O’Callaghan scored a point from the resultant free.

But the loss of Walsh didn’t disrupt Plunketts too much and Gareth Smith hit a fine point to give them a two point lead again with eighteen minutes left. Cuala though were not about to go quietly into the night and two sweet points from Colum Sheanon and Luke Keating had the sides level once more heading into the last ten minutes.

Plunketts have had enough heartbreak in finals in Parnell Park over the last couple of years and they weren’t about to add another chapter to that book.

Second half substitute Declan Lally swung over a point with seven minutes remaining to put them in front again and when Gareth Smith added a free two minutes later and with the scarcity of scoring chances and the poor underfoot conditions it looked like that might be enough to win the game.

But with two minutes left on the clock a pointed free from Cuala’s Luke Keating made sure it would be a tense finish. Cuala gave it one last push to see if they could at least take the game to extra-time and they were awarded a free out on the right wing near the sideline about 21 yards out.

It was a difficult angle and Darren McBrien was very unlucky to send his attempt just the wrong side of the upright and when Plunketts keeper Sean Hawkins hit the resultant kick out to midfield the full time whistle went and the Navan road outfit were Champions. 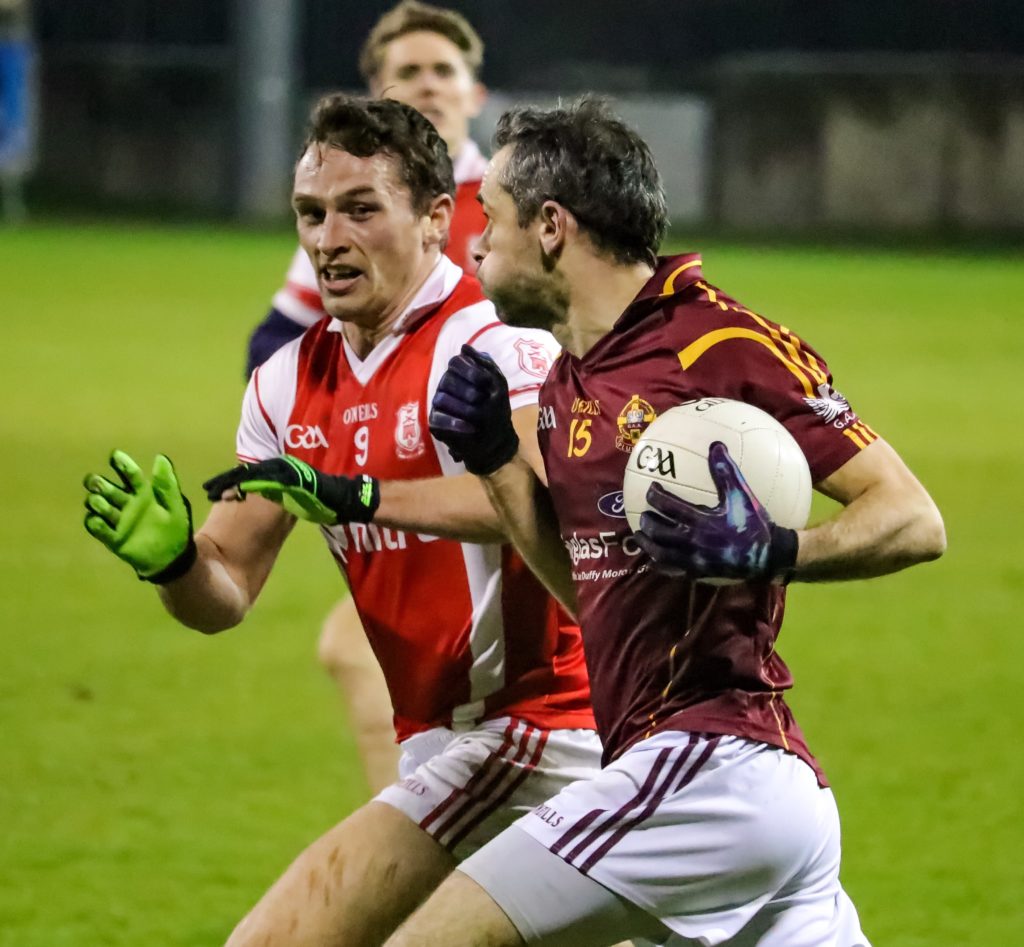