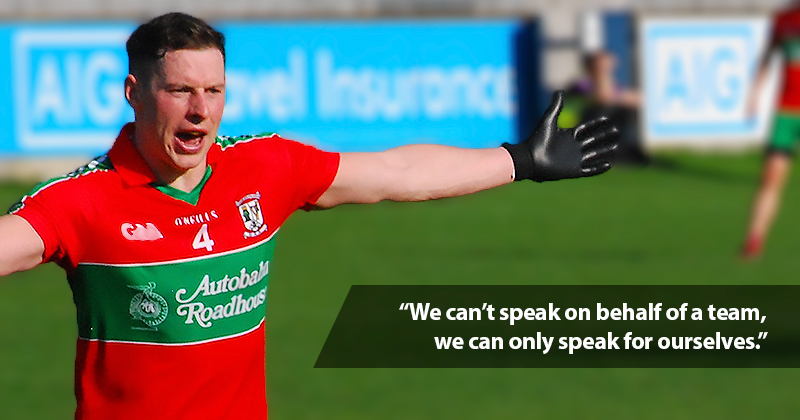 It rolls around far too quickly but the 2017 Season is literally upon us. And despite the roaring success of the Dublin Senior Football team in the last few years, mood in the camp is still as calm and removed as ever.

There will be no talk of September, the opportunity to do it all again, for the third time in succession. it will be every game as it comes, and not a game further. That’s the attitude that has been successful for this panel for many years now.

In contrast, Dublin defender Philly McMahon has this week lauded Irish UFC fighter Conor McGregor and hailed him as the main man in Irish Sport, for being cocky, confident and true to his word.

McGregor is well known for insisting he will defeat an opponent and more-so, go as far as to predict how he will win and in what particular round.

“This guy has taken on the world of sport and that’s definitely been a highlight for me”.

“What he has achieved is what he said he’s going to achieve”.

For Jim Gavin’s Dublin footballers, it would appear to be more walk the walk, than talk the talk. They continue to avoid the big questions pre and post game, never steering too far from their path. And as a result have gained a massive amount of respect and admiration for it.

“If we said three years ago that we were going to go and do back-to-back All Ireland titles with Dublin and then went and did it, it would have been a huge thing”.

“We can’t speak on behalf of a team, we can only speak for ourselves.”

For Dublin, and Philly McMahon, it’s back to pre-season and see how it goes.