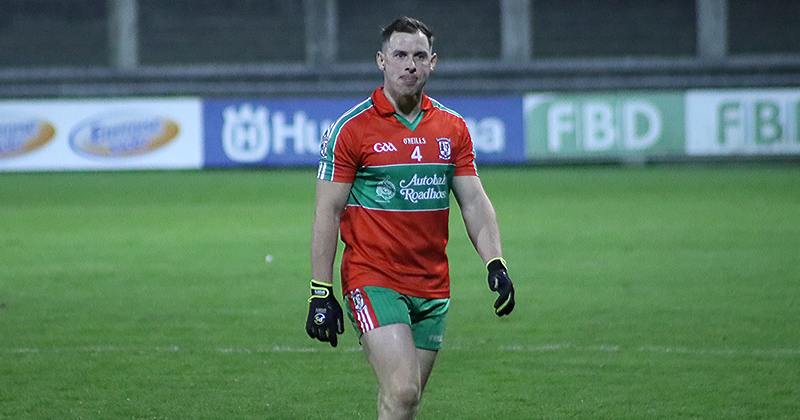 In the past number of years Dublin and Ballymun Kickhams defender Philly McMahon has climbed the mountain on more than one occasion.

The proud owner of FitFood Ireland and BeDo7 Fitness, Philly has successfully juggled a professional career, while still staying at the top of his game for Jim Gavin’s All Ireland Football Champions.

Not an easy challenge for anyone, but McMahon has become well known for his drive and determination from throw in to final whistle.

And while he might not need the help of anyone to maintain this goal, he’s recently found plenty of it in the form of an autobiography, written by Munster and Ireland Rugby Legend Paul O’Connell.

O’Connell recalls the peak performance levels he felt in the 2006 Heineken Cup Final between Munster and Leinster. A feeling he continued to chase the for the rest of his career, with both province and country.

Philly McMahon easily relates to the attitude and drive O’Connell had and draws the similarities with his own goals.

“You keep the same goal, but you build on it”, Philly explained to the42.ie.

“He (O’Connell) had a really good year (2006) and after that for the rest of his career he was always trying to get to that stage again.”

Along with the entire Dublin panel, Philly has rode the rollercoaster this past few years and enjoyed all the success since the All Ireland Semi Final defeat to Donegal in 2014, they’re only Championship defeat since manager Jim Gavin took charge in 2013.

And self improvement, just like O’Connell is the resonating mantra that McMahon recounts regularly.

“Every day, to be better – to go home after training every night and say to myself, ‘What did I do tonight to make myself better tomorrow”

“If my goal was to get a Dublin jersey, and the following year my goal was to be the best corner back, I could miss out on the first goal and probably not get the jersey, so what’s the point in having that one?”

“What’s the point in thinking of playing if you haven’t got the jersey?”