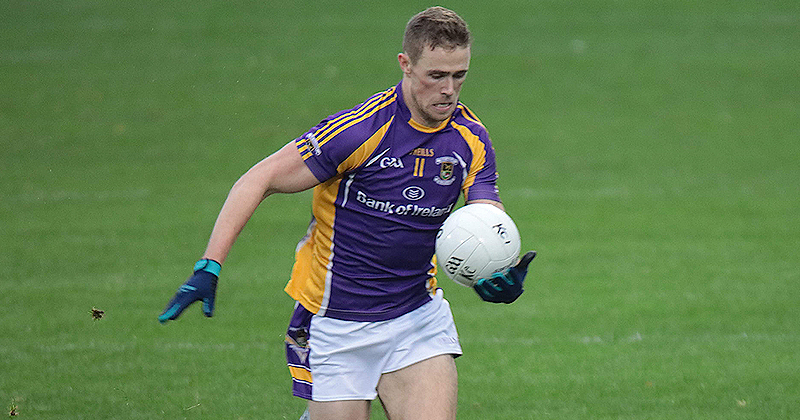 2010 is now a distant memory in the history books for newly crowned Dublin Senior Football Champions Kilmacud Crokes. It was St. Brigids who were Crokes opponents on that day. David Nestor, Cian O’Sullivan and Craig Dias played as much a part then as they did in this year’s victory over St. Judes. And that journey took them to a Leinster Final victory over Rhode.

Eight years on and plenty of new faces, and Crokes are on the road again. And for one Paul Mannion it’s a Leinster Club baptism. Having already been prolific in the County Championship, Mannion proved just why he has multiple All Ireland Inter County titles in Crokes opener against St. Peter’s of Dunboyne last weekend. He was far too young to play any part in 2010, but his 2-06 of Crokes 2-17 scoreline makes up for that.

“I haven’t won a championship before at all with the club, so it’s really, really nice to get that.” Mannion told the Herald after last weekend’s game.

“We’ll do our best to get a Leinster championship under the belt now.”

Laois Champions up next for Dublin Champions

Sunday week Kilmacud Crokes are back in Parnell Park for the Semi Finals of the Leinster Championship. And Parnell Park served them very well in the knockout stages of the Dublin Championship. St. Sylvesters fell to Crokes in the Quarter Finals. Ballyboden were their next victims, before taking apart St. Judes in the county Final.

During those three games Mannion registered 2-11 in total, and topped that with 2-06 in the Leinster opener. And the sharp shooter doesn’t want things to end just yet as he continues to enjoy the club challenge.

“We’re here to just keep going as long as we can. Another huge game in a couple of weeks’ time.”

“It would have tainted it a bit, getting knocked out in the first round in Leinster after winning the Dublin championship, which we all know is so difficult to win.”

Some Crokes fans however were more than worried in their last game against Dunboyne in Pairc Tailteann, as Mannion was removed from the action ten minutes from time. He had been carrying a recent hamstring injury. But he had played through it during the Dublin final, scoring 1-06. Quick to silence any doubt Mannion is keen to get back to action next weekend.

“I actually think it wasn’t as bad as I thought it was.”

“I just felt a little nick in it, in the final, but tests and everything proved that it’s alright.”