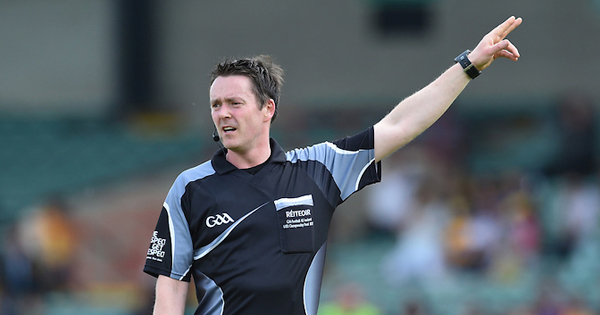 Roscommon referee Paddy Neilan has become the GAA’s choice to referee this Sunday’s Allianz Football League Final between Dublin and Kerry, a fixture expected to be a very intense and heated competition.

Looking to three weeks ago, the clash between these two sides in Tralee was not for the feint hearted and on the night Tyrone official Sean Hurson issued 13 yellow cards and still found it difficult to cope with the lack of discipline in the match.

The build up for Sunday’s game has already been fuelled with inflammatory comments from all sides, which can only mean both teams will be ready for a dog fight should it come to that.

With that in mind, most parties felt that the Association would choose an official with a vast experience at the highest level. But instead they have put their trust in Neilan, who this year has had three outings in the league, and none of them were in Division 1.

Last year Neilan was only appointed to one game in the top tier, and he didn’t fair much better in the Championship, not featuring past the qualifying stages.

This year a total of 42 referees were on the League Panel, and all of the elite 18 from last year’s Championship were used, with the exception of the retired Eddie Kinsella.

The GAA national match officials manger Patrick Doherty said that Neilan was on the top panel of referees and considered “the right man for the final on this occasion”.