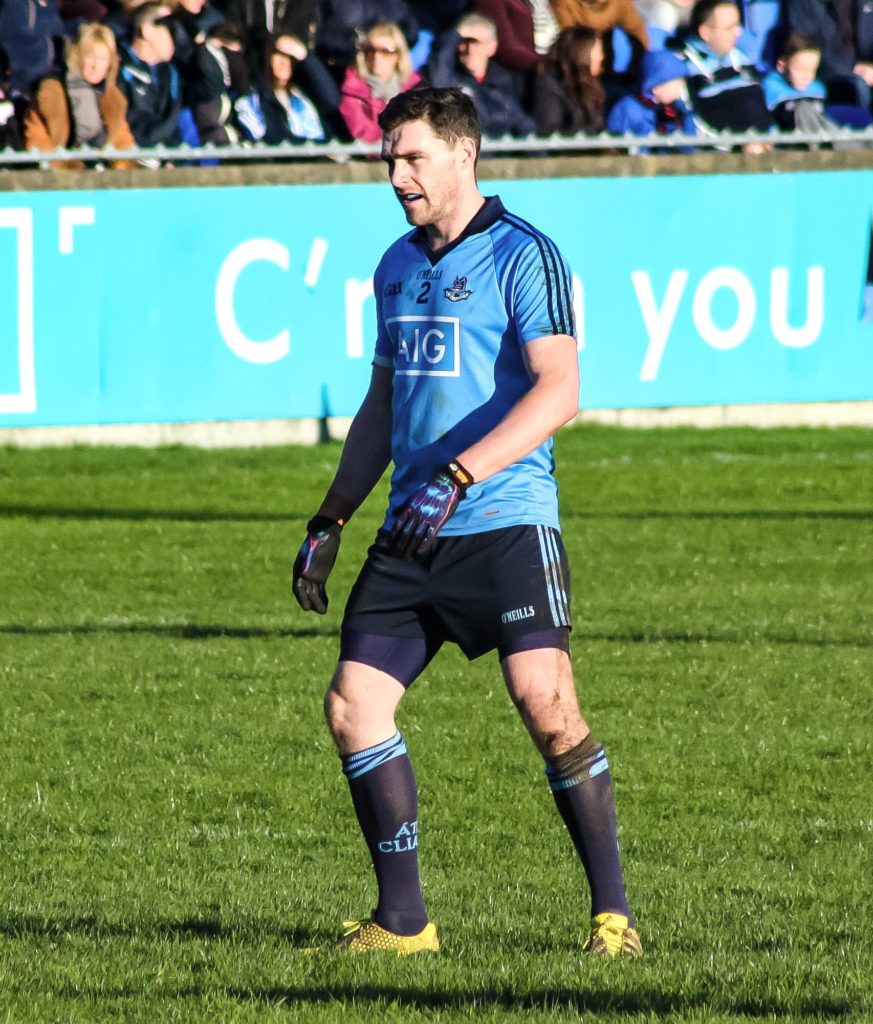 Dublin’s Paddy Andrews knows Father Time is catching up on his football career and wants to make the most of whatever time he has left at top intercounty level.

At 28 years of age he is hardly old, but such are the demands on both the body and mind in the modern game, the older a player gets, the harder it becomes for guys to keep producing at the top of their game heading towards and into their thirties.

With each passing year Gaelic football is becoming more and more a young mans game and players are retiring at a younger age compared to the past, because of the pressure, commitment, sacrifice and physical and mental toll that players minds and bodies have to endure season after season.

Jimmy Keaveney, the Dublin legend was convinced to come out of retirement in 1974 at 29 years of age by Kevin Heffernan and played for a further six seasons winning three All Ireland titles before retiring at 35. But it was a different game back then and the toll the game has on modern day players is much higher.

There are fewer and fewer players playing up to their mid thirties nowadays and it’s very doubtful any manager in today’s game would look to convince any 29 year old player to come out of retirement.

Andrew’s speaking recently at AIG event with the All Blacks team, agreed that the battles that Dublin have been involved in, particularly over the last two years have taken a toll both mentally and physically and that’s it’s vital for players to enjoy the offseason break and recharge.

“You kind of find the older you get as well. I think I’ve played eight or nine years with Dublin and it is hard. It’s difficult and the pressure that comes with it.

“If you look at our All-Ireland finals over the last four or five years, we haven’t really played our best. By that stage of the season there’s so much tension and you’ve nine months behind you, you’re nearly hitting the wall.

“And even the two Mayo games, any time we play them it’s just so intense. We tend to probably bring the best out of them and we know when they come up against us it’s probably going to go to the wire. It does take a lot out of you physically and mentally and that’s why it’s so important now when you get the break to enjoy it and relax and let the body recharge.”

But after missing a chunk of the summer through injury Andrews is itching to get back to action in the O’Byrne Cup and re-establish himself back in the starting team. But Andrews knows that with so many players challenging for a coveted starting place it’s a big challenge.

Players whether starting or coming on in a game want to perform, because if they don’t, they know they won’t be picked the next day out. It’s that winning attitude and culture that Jim Gavin has cultivated in the squad that has seen Dublin go 29 games unbeaten and why every game matters to every player.

“That attitude and culture that has been created by Jim and the management team and the players who have bought into it says Andrews. Every single game matters. There is no game where it is ‘oh we’ll take this handy, it’s only a League game’. That mentality may have been there years ago with Dublin but it’s absolutely not the case now.”