St. Brigids star forward Paddy Andrews has announced his retiremant from the Dublin Inter County set up after a long successful spell 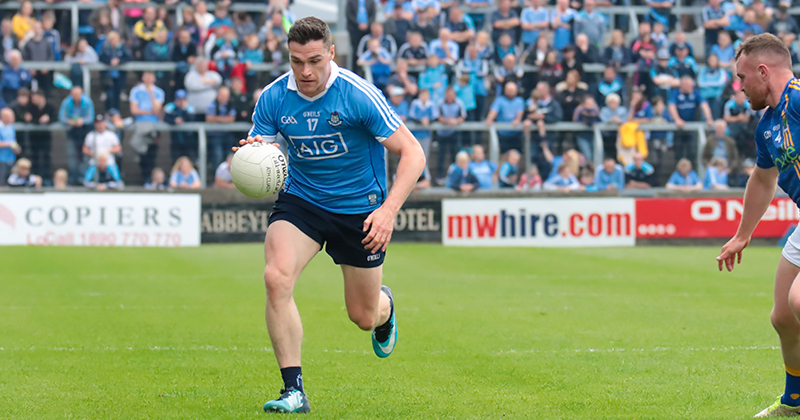 Seven time All Ireland winning forward Paddy Andrews released a statement earlier calling time on a very successful spell wearing the blue of Dublin. In 12 years, along with his All Ireland haul, Paddy picked up 11 Leinster honours and 5 National League medals.

Dropped from the Dublin football panel before the 2011 All Ireland Final, Andrews made a return and became a regular starter for many years. As the years progressed, Paddy hung around, making some critical cameos in big games as part od Dublin’s trademark power bench.

This morning Paddy took to Twitter to thank everyone for the memories. And wished his teammates the best for the road ahead.

Thank you for the memories @DubGAAOfficial a privilege to be part of such a special group over the years but it’s time to move on. All the best to the lads going forward, I’m sure they’ll manage without me! 💙🐺 pic.twitter.com/Nel0PbOJiQ

Officlal statement from Paddy Andrews on his retirement

“After 12 years it’s time for me to finish up with the Dublin football team. It’s been an amazing journey being part of such an incredible group of people over that period.

To Pillar, Pat, Jim, Dessie and their coaches, I’d like to thank them for giving me the opportunity to represent the Dublin team and experience so many special moments.

I’d also like to thank my club St.Brigid’s for their support and all the coaches & members down in Russell Park.

To my family, friends andin particular my parents Pat & Angela and my fiancée Doireann, I owe a huge debt for their constant belief in me through so many highs and lows.

A special thanks to our phenomenal supporters for their unwavering belief and encouragement over so many years, good and bad.

Finally, to my teammates, it was the highest privilege to share the journey with you all. All the best for the road ahead.

AN EARLY BOUT OF AUSSIE RULES INFLUENCED THE KILKENNY LEAP OF...

I KNOW WHAT ITS LIKE TO WORK HARD – BROGAN

Is News Of Connolly’s Return Stateside The Epilogue To His Dublin...