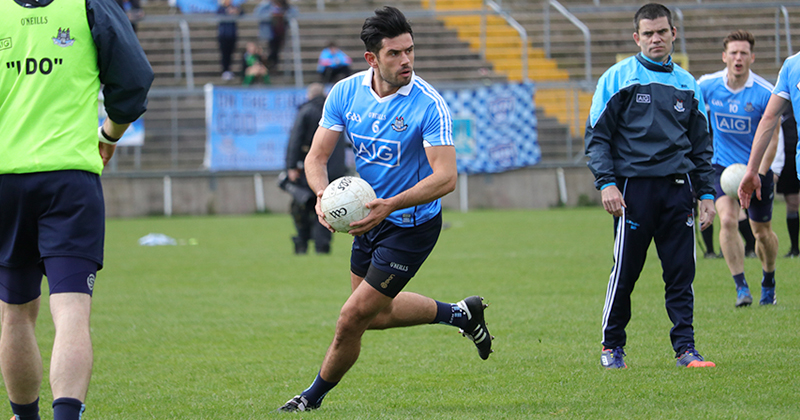 For Kilmacud Crokes, and Dublin veteran Cian O’Sullivan, All Ireland Final day has evolved over the years, just like the Dublin Senior football team.

There’s not many from the county who can boast about challenging for their fifth Celtic Cross in such a short space of time. And the guardian of Dublin’s defence has changed the way he looks at the big weekend as the years have passed.

“Previously I would have kept the head down and the earphones in and just not get distracted by the people outside.” he told the Herald this week.

“But now I’ve found myself looking out and trying to take it in and enjoy it because I know how special a place it is to be as well.”

“It’s definitely something I’ve been conscious of over the last number of years – trying to enjoy it.”

The ritual will start tomorrow as the Dublin centre back will take the trip to Sandycove for a dip in the sea before heading home to the family house to retire for the evening with a home cooked meal and a movie.

This year I’m sure Cian won’t be given any surprises like he received in 2015 before the big game.

“I remember a few years ago my parents were on Up For The Match and I didn’t know that they were going to be on it because I would have gone mad.”

O’Sullivan’s Parent, both from Kerry, had invited the RTÉ cameras to their home, to shoot some footage of where Cian had grown up.

“Danielle had control of the remote control and she was very keen to make sure we didn’t go past RTÉ 2 when we were flicking through the channels for some reason”.

Sunday can’t come quick enough for the defender who debuted in 2009. And despite already having four All Ireland’s, seven Leinster titles, five League medals, not to mention two All Stars, O’Sullivan is making to most of his time with Dublin and soaking up all the atmosphere that comes with Championship Sunday.

“Playing with Dublin for eight or nine years now, it’s something I’m very conscious of trying to do the last number of years.”

“I’m really trying to savour those moments because I know with the experience of playing in the last number of All-Irelands and being in those big games, I know how to deal with those things and they don’t distract me.”

Over the last number of years, O’Sullivan has mastered his craft in the sweeper role for Dublin, which has become a hugely effective part of Dublin’s strategy, and when you look at all the teams in the country, there’s no one that exudes the coolness that Cian does in this position.

And this weekend will be no different because he completely understands what teams would need to do to take him out of the game.

“You kind of have a good standing point to see the opposition’s transitions develop, and you’re trying to assess, okay, what’s the threat here?”

“You’re looking at the play evolve further out the pitch and trying to predict, ‘Okay where’s this ball going to end up?’.