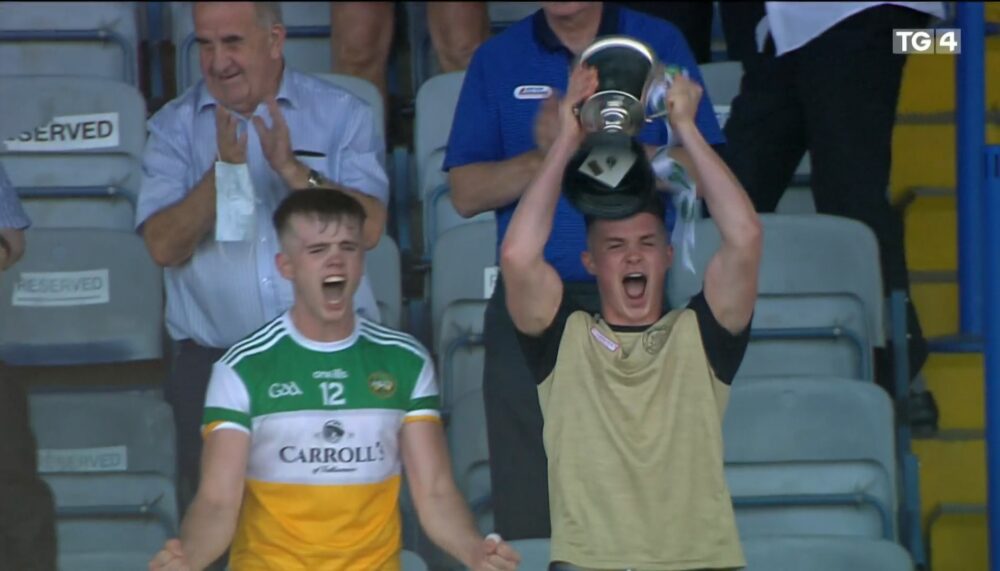 It wasn’t the celebration expected but a celebration nonetheless. Offaly’s U20 Footballers held Dublin to 6 scores in an enthralling hour of football to claim a Leinster title.

Dublin were 1-03 to 0-03 to the good by the first half water break, thanks to a Lorcan O’Dell goal. But Offaly rose to the occasion, hitting four on the trot as they settled into the game. And they looked like going into the dressing room at half time in the lead but Dublin’s Fionn Murray hit their second goal to give his side a 2-03 to 0-08 lead at teh break.

Offaly sprung back into action immediately after the break with forward Jack Bryant levelling the game, then pushing them in front withan impressive score from the outside of his boot.

Bryant almost had a goal on 38 minutes but the ball skimmed wide of the post. Morgan Tynan increased Offaly’s lead to put them 0-02 ahead. Dublin’s Mark Lavin hit the net for Dublin’s third, but it would be Dublin’s only score of the second half despite putting them back in front.

Level at the second half water break, Bryant kicked his sixth of the night to begin Offaly’s fight for the win. Morgan Tynan and Cormac Egan registered scores, while the Offaly defence put a stop to any effort Dublin attepted to claw the defecit back.