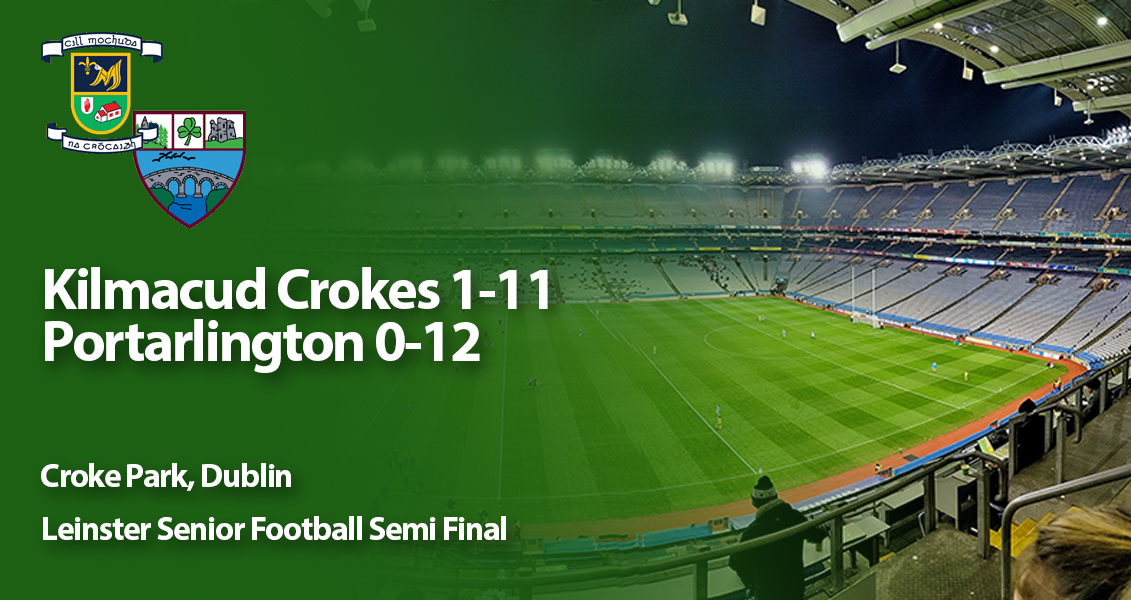 Kilmacud Crokes saw off a tough test from Laois Champions Portarlington in Croke Park this evening to book a place in their second Leinster Senior Football Final since 2018. But it needed a huge second half to squeeze into the provoncial decider.

The reigning Dublin champs were really not in the contest in the opening half, going nearly half an hour without scoring. Portarlington set up and methodically defended the Crokes attack, outplaying their opponents and taking a 4 point advantage into the half time break.

But as the second half unfolded, Crokes found their groove. Manager Robbie Brennan moved Paul Mannion inside and he started to cause trouble. Mannion was tracked exceptionally by Portarlington’s Robbie Piggott and didn’t give Crokes the service he had done right through the county championship. He sent a score over, and Callum Pearson shot a brace. But like the first half, Croke were wasteful and saw 7 wides drift throught the third quarter.

The introduction of Cian O’Connor and Shane Horan saw two inter county stars boost Crokes. And when O’Connor hit the net for Crokes it put his side a point to the good on 1-07 to 0-09. But Portarlington continued with the spirit they’d carried over from the first half.

Stephen O’Neill kicked a massive score and then Adam Ryan became the fifth forward to score moments later. But in the space of 2 minutes Mannion curled over two scores, one from either wing, reminiscent of his days with Dublin on the hallowed turf.

Shane Cunningham scored in the 55th bringing his tally to three putting Crokes two scores clear. Colm Murphy pulled back a free for Portarlington, but that was cancelled out by a fisted Dara Mullin score seeing Kilmacud Crokes over the line and into the final to face Naas.