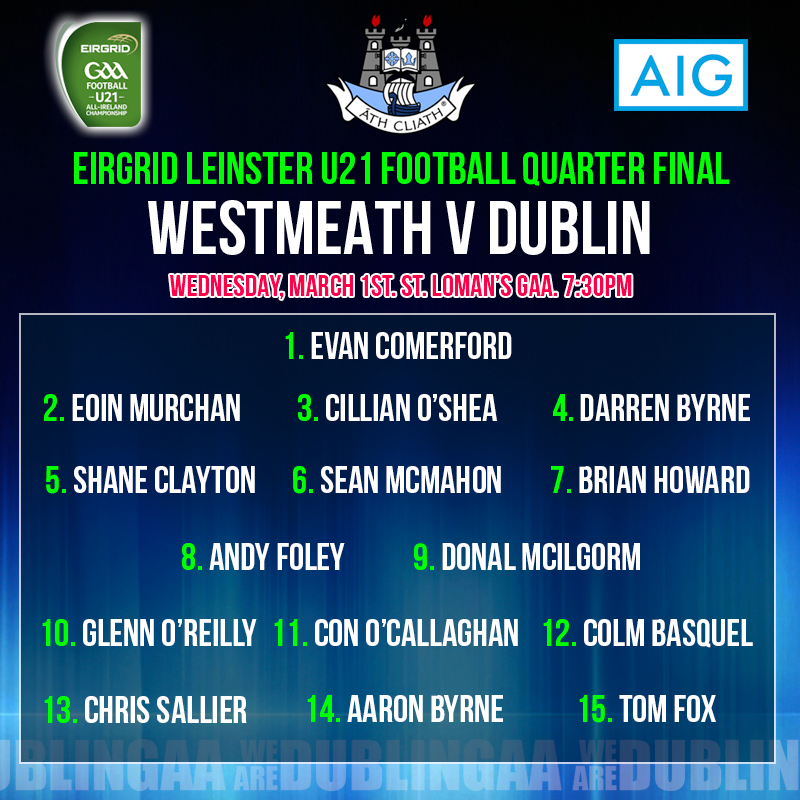 Tonight the Dublin U21 Football Starting Team was named by manager Dessie Farrell. And Farrell has chosen to include Con O’Callaghan, who plays in the AIB Club Hurling All Ireland Final in just over 2 weeks.

Con, who was not featured for the Dublin Senior Footballers due to club hurling commitments, has been the main draw in the Club Championship this year. Just last week Cuala made history reaching their first Championship Final, and O’Callaghan scored 1-3 from play as the Dalkey club clinched a 3-21 to 2-11 victory against Derry champions Slaughtneil.

It’s a strong Dublin side as O’Callaghan and Basquel are just two of nine players who featured in last year’s semi-final defeat to Mayo.