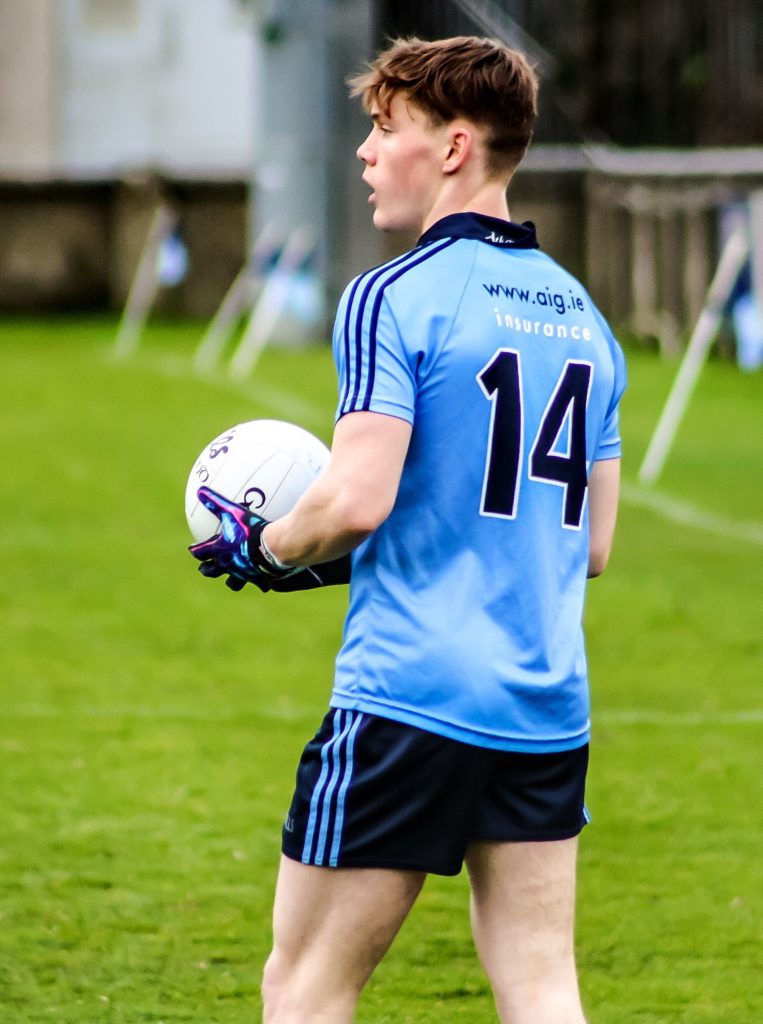 They say you can’t keep a good man down and there is no keeping Dublin’s Con O’Callaghan from the limelight whether it’s club hurling or inter-county football.

The dual star fresh from helping Cuala to the All Ireland SHC title, O’Callaghan was again the star attraction tonight as he hit 2-05 in the Dublin U21 footballers convincing victory over Longford in their EirGrid Leinster Under 21 Football Championship semi-final played in Lakepoint Park in Mullingar.

The prolific full-forward grabbed two early second half goals to send the Subs to yet another Leinster final. Dublin will now be installed as favourites when they face Offaly next Wednesday night in the Leinster final in O’Moore Park in Portlaoise as Dessie Farrell’s men to capture a record fourth provincial title in a row at this grade.

The weather conditions were very difficult for both sides with a strong breeze and driving rain. Longford battled gamely throughout but they failed to take advantage of the elements in the first half and build up a lead.

It was Dublin who took a slender lead into the refuge of the dressing rooms at the short whistle with the score 0-04 to 0-05.

The second half had barely started when disaster struck for the midland outfit, a poor kick from the Longford keeper seen O’Callaghan completed a one-two with Sallier and the Cuala man rounded the keeper to slot the ball into an empty net.

Dublin now had their tails up and quickly added three more points, two from O’Callaghan, a free and one from open play and the other came from the boot of Brian Howard.

In the 37th minute another defensive error from Longford handed O’Callaghan his second green flag of the night as he coolly tapped home his effort and it was game over even with over twenty minutes to play.

To Longford’s Credit they stuck at it and actually outscored Dublin six points to three but they never really threatened the Dublin lead to worry them sufficiently and Dublin eased to victory.

Jim Gavin Warns Of A Cohort Of Players Lying In The...