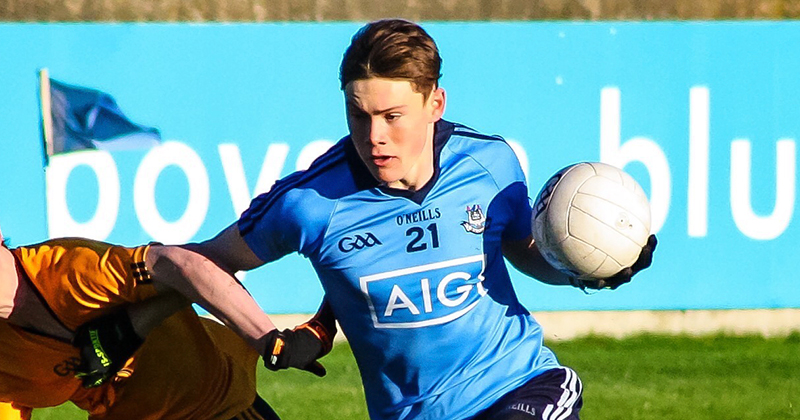 No one can appreciate the trials and tribulations of GAA fixtures quite like a dual player. And when you’re part of a successful club hurling team and trying to stamp your mark on an inter county football team, life isn’t always a bed of roses.

In 2016 Cuala’s Con O’Callaghan probably had a year he could only have dreamed of. Some O’Byrne Cup appearances with Dublin, a Leinster U21 Championship medal with Dessir Farrell’s panel, a place on the bench with Jim Gavin’s All Ireland Champions, and an extended spell with the small ball as a vital part of Cuala’s attack.

But with his sites set on becoming a starter for Jim Gavin in 2017, plus the fact that Cuala are two games away from a monumental Championship story, things may not progress the way he might like.

“I have to just play it by ear. I’ll really focus on the Slaughtneil match. Whatever happens after that will happen, but in the long-term I’d love to be able to break through.”

And it’s certainly a situation no young aspiring inter county footballer in Dublin wants to be in. If Cuala successfully overcome the challenge of Slaughtneil in the All Ireland Hurling Semi Final on February 25th it would be the end of March before Con could consider joining up with the Dublin footballers, with Dublin having already played four games, with their fifth the day immediately after the AIB Championship finals in Croke Park.

“I have to forget football for the moment and focus on the hurling. I’m really giving my full attention to the club and I’ll keep my eye in with the football.”

To add to Con’s headache, he’s needed to make another hard call this year. His schedule and ambitions mean that he will forgo participating with UCD in the Fitzgibbon cup to concentrate on keeping his hand in with Dessie Farrell’s Dublin U21 Football Panel. All to keep his chances of featuring in the Dublin Senior Football panel alive. And he has the backing of the managers he’s staying involved with.

“But it’s too far in the future to think about it at the moment.”

“Mattie [Kenny, Cuala manager] is extremely passionate and serious about hurling. But he understands, along with Dessie and Jim.”

O’CALLAGHAN FIRES DUBLIN THROUGH TO U-21 LEINSTER FINAL

FENTON MAKES SHORTLIST FOR RTÉ SPORTSPERSON OF THE YEAR