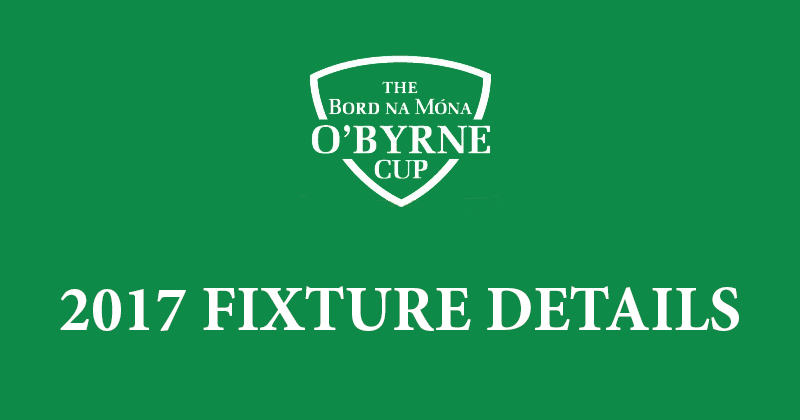 The details of the 2017 Bord Na Mona O’Byrne Cup have been released with fixtures and dates all confirmed.

All-Ireland and Leinster Champions Dublin have been pitted against DCU, Wexford and UCD with Jim Gavin expected to feature an experimental selection as he again loses a large chunk of players to Third Level teams.

Dublin’s clash away against Wexford on January 15th will see them renew rivalry with Seamus ‘Banty’ McEnaney who was last in action against the Dubs while he was manager of Meath in 2011 and 2012.

It is also a potential forerunner of events later next summer with Dublin drawn to play either Carlow or Wexford in a Leinster SFC quarter final in Portlaoise or Wexford in June.

Here are details of the games involving the Dublin Senior Football team in Group 1.

NO CONCERNS ABOUT McCARTHY’S SHOULDER ACCORDING TO GAVIN

With activity further suspended what now for the 2020 GAA season