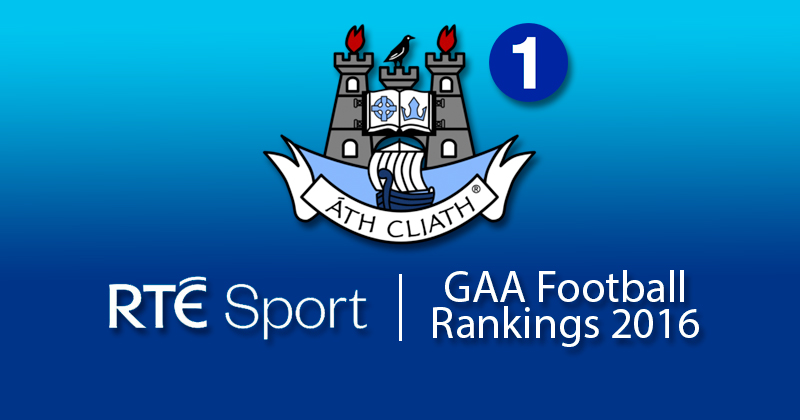 RTÉ’s James McMahon has run through all 33 Senior Inter County Panels, and awarded them their place in the numbered list.

Dublin once again were named as the team to beat, however there are indications the gap may very well be closing in terms of suitors for Sam Maguire in the coming years. Maybe not right away

Dublin endured yet another long and challenging season, but once again claimed League and Championship honours. Facing Donegal, Kerry, and of course Mayo twice in their quest to retain the All Ireland Championship only went to prove that Jim Gavin has built a side, the quality of which has not been seen in a very very long time. Their Allianz League campaign was nothing short of methodical, successfully winning all seven round games, and quite comfortably beating Donegal and Kerry and the semi final and final respectively.

Once the Championship came around, Gavin’s side were primed and ready to take on their provincial rivals before they met the best of the rest in the All Ireland series. Their position at the head of the RTÉ’s rankings is no more than Jim and his entire panel deserve.

The top five were almost a carbon copy of last year, but for the addition of Tipperary who were the fairytale story of the Championship. Jumping twelve places from last year number 17 position only shows the attitude and determination of a team who finished just above relegation in Division 3 of the National League. Their division rivals and eventual winners Clare jumped a massive fourteen places to the number 8 spot. The boys from the Banner County will play Division 2 football next year for their efforts, beating Kildare by a solitary score in the Division 3 final.

Monaghan, Fermanagh and Kildare all lost their Top 10 spot this year with Tipperary, Clare and Roscommon stepping up to the plate.

Here are the Top 20 Teams from this years RTÉ Sport Football Rankings.

Full list of 33 teams can be seen on RTÉ.ie by clicking HERE.

PLAYERS CAN’T BE COMPLACENT, WE HAVE TO FOCUS ON EACH YEAR...

COSGROVE DOESN’T EXPECT O’CARROLL BACK IN 2017