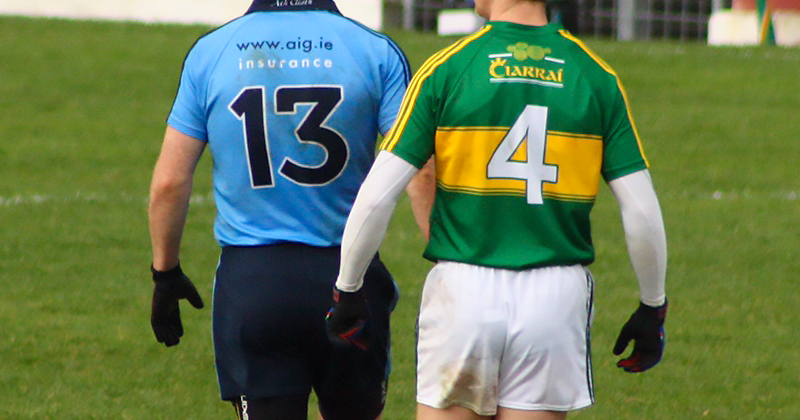 It’s never a dull moment when Dublin face Kerry in any competition and next weekend shouldn’t be any different.

But Kerry are making preparation without one of their biggest stars.

Kingdom manager Éamonn Fitzmaurice has revealed that three time All Star Kieran Donaghy, who was last week called up to the Irish Senior Men’s Basketball team will not feature for Kerry in their tie in Tralee against Dublin. In fact it’s believed that Donaghy will not return to the Kerry Panel until the end of the National League Campaign.

“What we decided, going back to last December, that he’d play the basketball and train one night a week with us in the gym, which he is doing at the moment.” Fitzmaurice told the Herald.

“What we said is that we’d leave the tail end of the league open, but the fact that the basketball is going so well at the moment, so, as planned all along, he’ll see out the basketball and be back playing football again.”

Many believed that Donaghy’s effectiveness under a high ball could be the key to unlock the Dublin defence, although it hasn’t paid dues over the past number of years, as Dublin have been on the better side of the draw on most occasions. But League encounters can bring a very different outcome and Austin Stack Park in Tralee will serve as an interesting venue next Saturday night.

Dublin sit atop of the Division 1 table, with Tyrone a point below, with a game in hand. Kerry lie fifth having won two and lost 2, but a win over Dublin would stop their record unbeaten run and put them equal on points. It would also stop Dublin beating Kerry’s unbeaten record.

“With Dublin there are added incentives for us because they’ve had the upper hand on us for the last couple of years.”