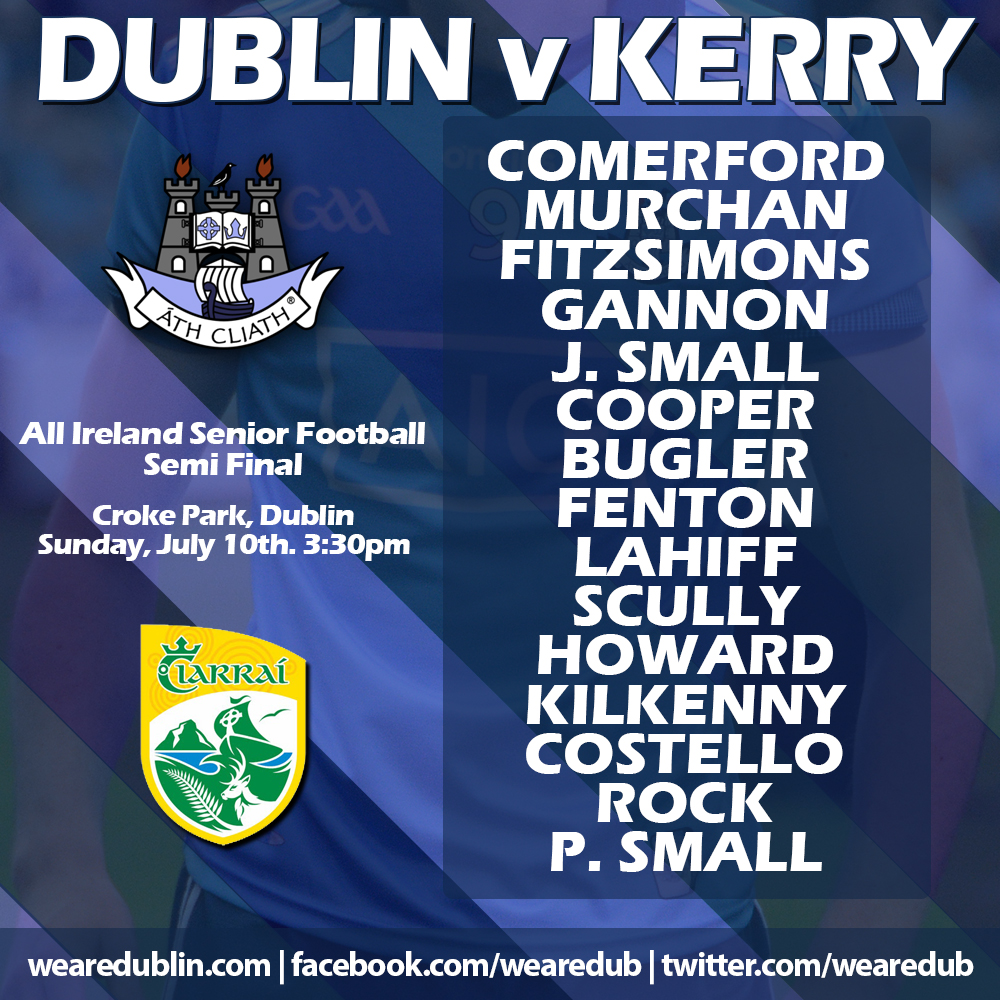 Wexford, Meath and Kildare fell by the wayside, seeing Dublin dominate Leinster Football once again in the Championship. A vast improvement on an very uneasy National League Campaign. And they followed their provincial success with an 0-11 point winning margin over Cork a couple of weeks ago to book what may be another epic encounter with rivals Kerry for a slot in this year’s All Ireland Final.

Fans from both counties will expect the bar to be raised tomorrow, and the hope is another game that will be spoken about for year’s to come. For Dublin fans will have memories of the 2013 Semi Final between these two giants. But that won’t sit well with Kerry fans who’ve had to endure more Championship losses to Dublin since the beginning of the last decade.

Following Dublin’s win over Cork in the Quarter Finals, Dessie Farrell has named an unchanged starting 15 to face Kerry tomorrow. It’s not all good news however as the absence of James McCarthy and Con O’Callaghan from the lineup will sit heavy on the thousands of supporters who’ll be tuning in.