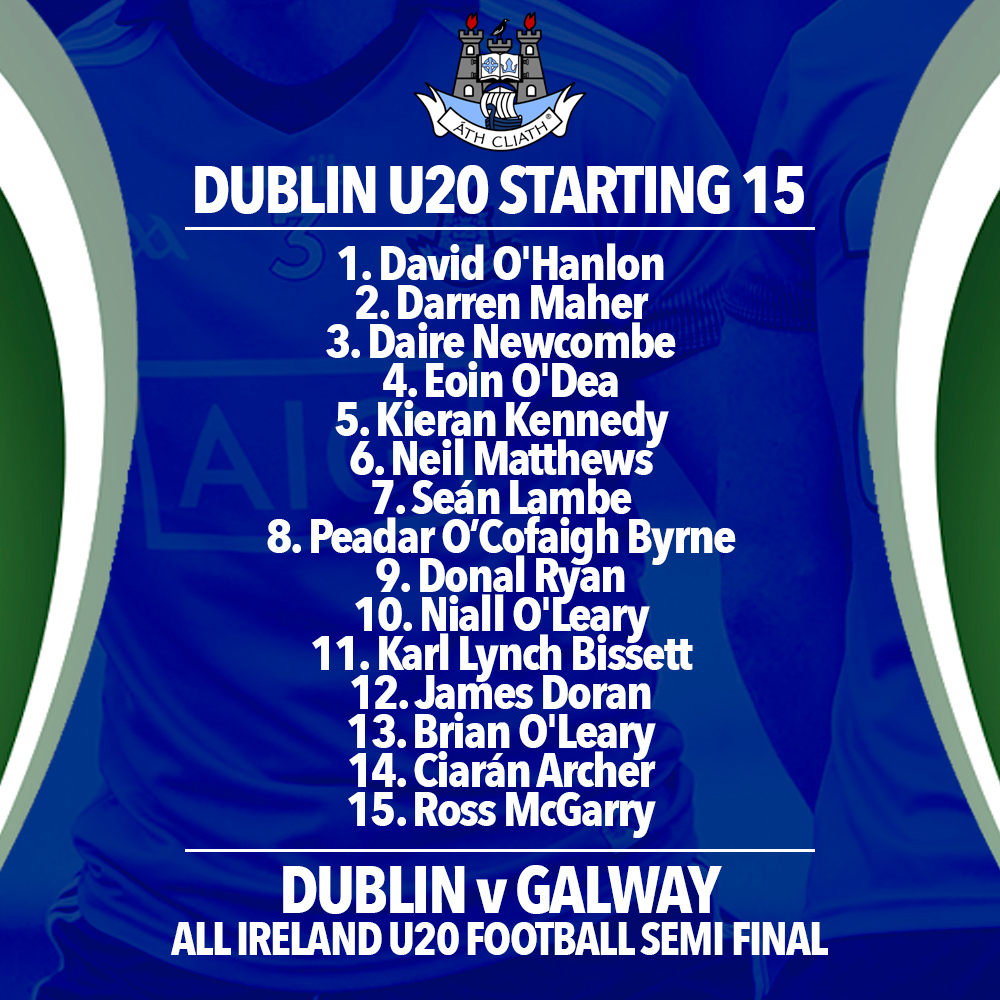 The Dublin U20 Football panel know the task ahead as they face Galway tomorrow in Glennon Bros Pearse Park. Already winners of the John Kerins development league and recently crowned Connacht Champions, the Tribesmen are in it to win it.

Four wins from four games in the development league earlier this year, Galway were by far the strongest team in the competition. They’ve last year’s All Ireland Champions Kildare, Munster sides Cork and Kerry and of course Dublin, who were outscored 2-17 to 1-07 in Ballinasloe.

Since then they’ve conquered Connacht, beating Roscommon and Mayo.

Dublin have also carved a good path since the Kerins competition. A big win over Longford in the Leinster Quarter Final was followed a week later by a 1-17 to 0-06 victory over Wexford in Parnell Park. And last week’s provincial final win over Laois in Tullamore has set them up nicely to challenge Galway tomorrow evening.

As a result of last week Leinster win, manager Tom Gray has named an unchanged starting 15 for tomorrow last four clash. The line up of course boasts the scoring threat of St. Maurs Ciaran Archer.

BEHIND THE SCENES WITH DUBLIN’S EOGHAN O’GARA