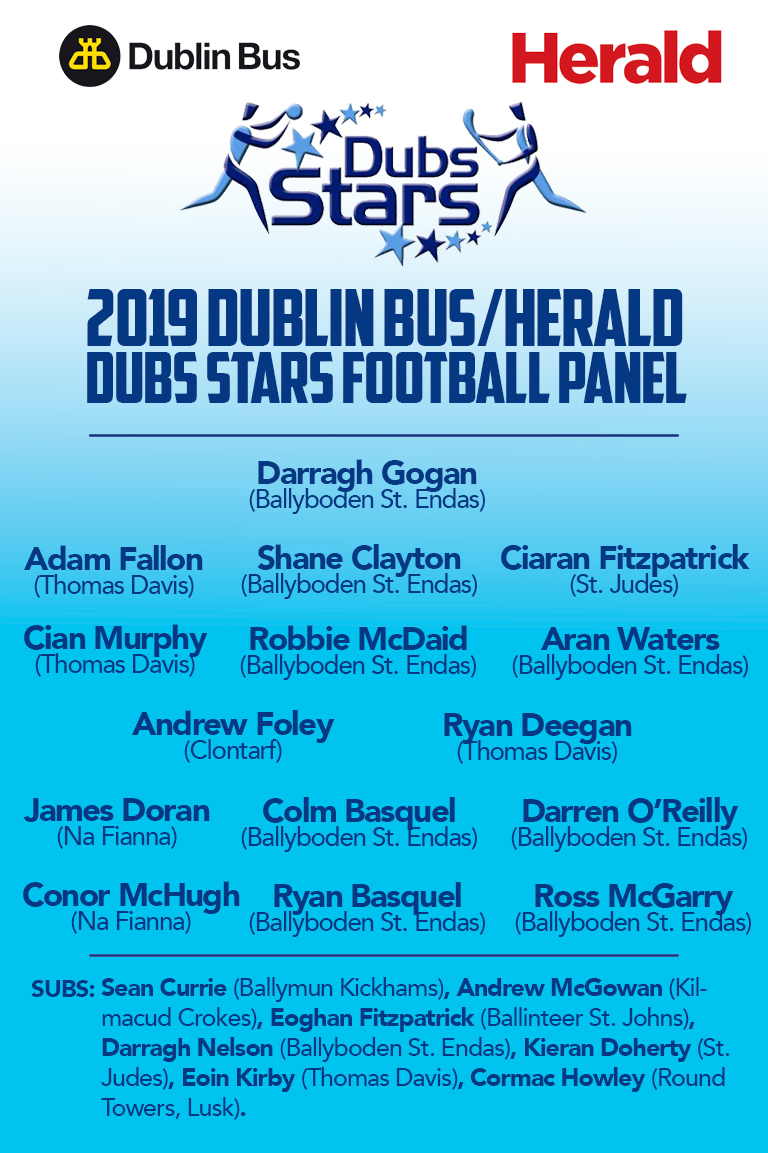 It’s that time of the year again. Dublin Bus and the Herald filter through their shortlist and honour the best players from the year’s Dublin Club Championships. And today the 2019 Football Dubs Stars Panel has been revealed.

It’s another massive weekend for Ballyboden as the club look to capture only their second ever Leinster Senior Crown. The did it four years ago, beating Portlaoise in 2015 and followed that by going on to make more history winning the 2016 All Ireland title over Castlebar Mitchels. There’s no doubt supporters of the Firhouse Road club will be hoping to rewrite the history books once more this weekend.

So far this year, Boden’s record has been a model of consistency. They’ve played 24 games, 16 of those in League action, 6 in the Dublin Championship, and 2 in the provincial competition. And the only blot on that landscape was their drawn league game against then county champions Kilmacud Crokes back in March.