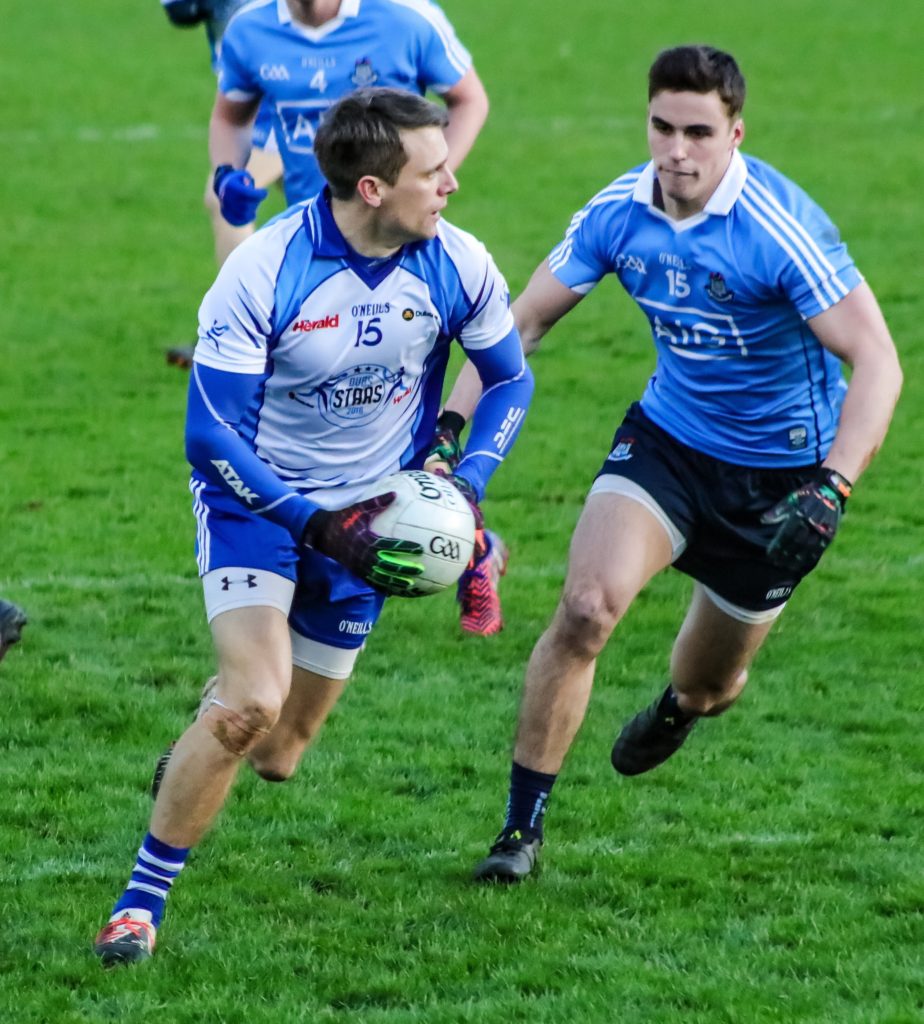 A new year started yesterday, but it was business as usual for Jim Gavin’s Dublin as they continued where they left off in 2016 with victory against the Dub Stars selection in Parnell Park.

The first squad of 2017 contained a lot of new faces to the Dublin supporters with only three of last years Championship panel named in yesterday’s squad, Colm Basquel, Robbie McDaid and Shane Clayton.

Yesterday also seen the introduction of the new ‘Mark’ rule and the relatively unknown Ryan Deegan from Thomas Davis inscribed his name in the GAA football history books in the 23rd minute of the game when he claimed the very first mark.

Jim Gavin will have been very happy with what he seen in yesterday’s entertaining encounter as the young unfamiliar players who lined out for both Dublin and on the Dub Stars team looked to impress the Dublin boss ahead of the O’Byrne Cup and National Football League. 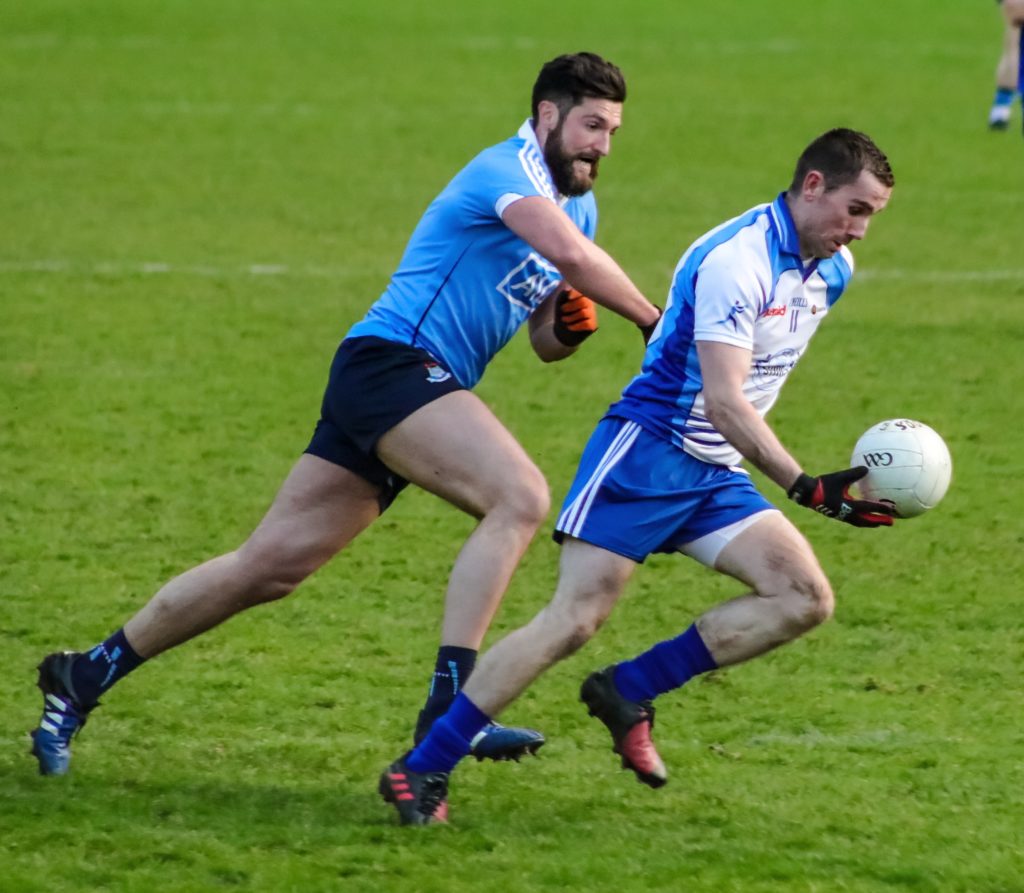 One of the many players to standout yesterday was former underage star Conor McHugh, who gave Gavin a reminder of what he can offer the Dublin attack this season, hitting an impressive 2-04 including the winning goal in Dublin’s victory.

Another player that impressed yesterday but one that more than likely won’t feature for Dublin was veteran forward Tomás ‘Mossy’ Quinn who used all his guile, skill and experience to finish the game with a personal tally of 3-05.

The crowd in attendance in Parnell Park on a bitterly cold day were treated to plenty of scoring entertainment yesterday as the sides hit seven goal between them.

The first goal of the game was a sublime finish from the impressive Killian O’Gara, younger brother of Senior star Eoghan. Two minutes later and Tomás Quinn cleverly scored a goal in reply from a 20-metre free to leave the sides all level again. 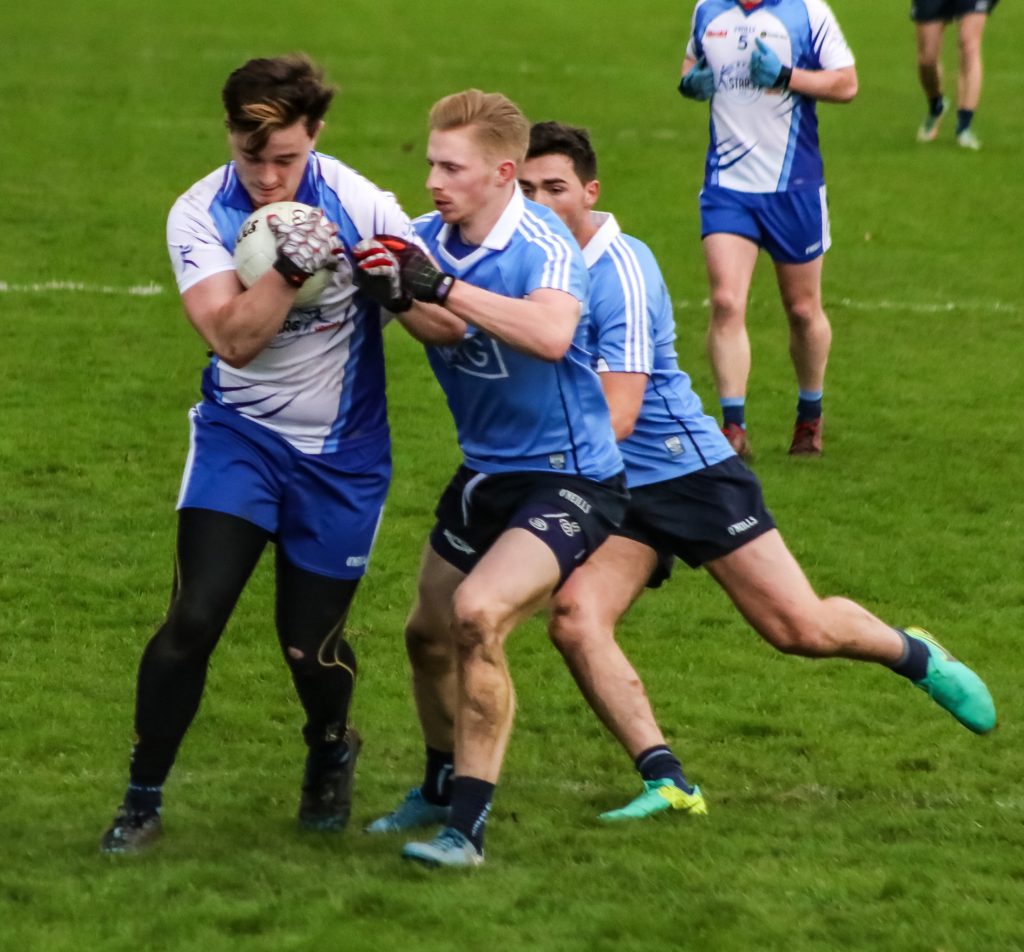 But it was to be the Dub Stars last score of the half as Dublin powered to the half time break hitting 1-05 without reply. A point from Niall Walsh with ten minutes left in the first period was quickly followed by Dublin’s second goal of the game brilliantly finished by Conor McHugh. Further points from Paul Hudson with two and a one apiece by Niall Walsh and Ciaran Reddin gave Dublin a comfortable eight point advantage at the break with the score 2-07 to 1-02.

That lead was stretched out to nine two minutes into the second half with a fine point from play by Killian O’Gara. That lead was cut a minute later when Tomás Quinn scored his second goal of the game.

A point from Paul Hudson for Dublin put seven points between the teams, but a little bit of indiscipline in the Dublin defence seen them give away for frees in a six minute spell and the Dub Stars took full advantage as Tomás Quinn knocked over the first two and then Niall Coakley followed suit to score the other two and suddenly it was back to a one score game with just a goal between the sides.

In the thirteenth minute of the second half of this intriguing encounter the sides were level once again as the evergreen Tomás Quinn grabbed his third goal of the game. Conor McHugh put Dublin back in front again with a nice point only for Niall Coakley to make it a level game again two minutes later with his third point of the day.

Between the twentieth and twenty fourth minute Dublin forged ahead again with three excellent points from play, two from the impressive Conor McHugh and the other from Niall Walsh and with only six minutes left to play that three point salvo looked like it might have settled the contest. 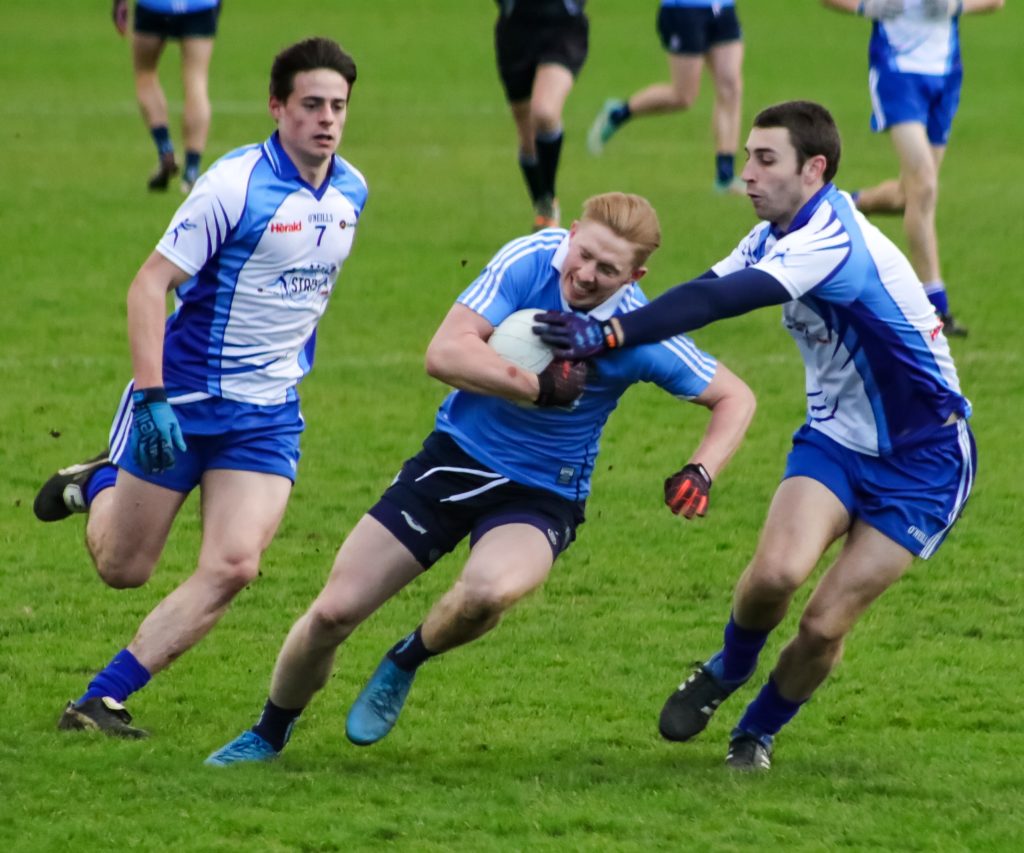 But the Dub Stars were not going to go away without a fight and they hit back emphatically, midfielder Darren Gavin attacked the Dublin defence with a menacing run before unleashing a rocket to the back of the net, all square again. That was quickly followed by a Tomás Quinn free and a point from open play from Gerry Seaver to give the Dub Stars a two point lead with three minutes left in the match.

But Dublin were not going to be denied a first victory of 2017 and the ball was worked down the field to Conor McHugh and he grabbed his second goal of the game to clinch victory for Dublin and the perfect start to the new season. 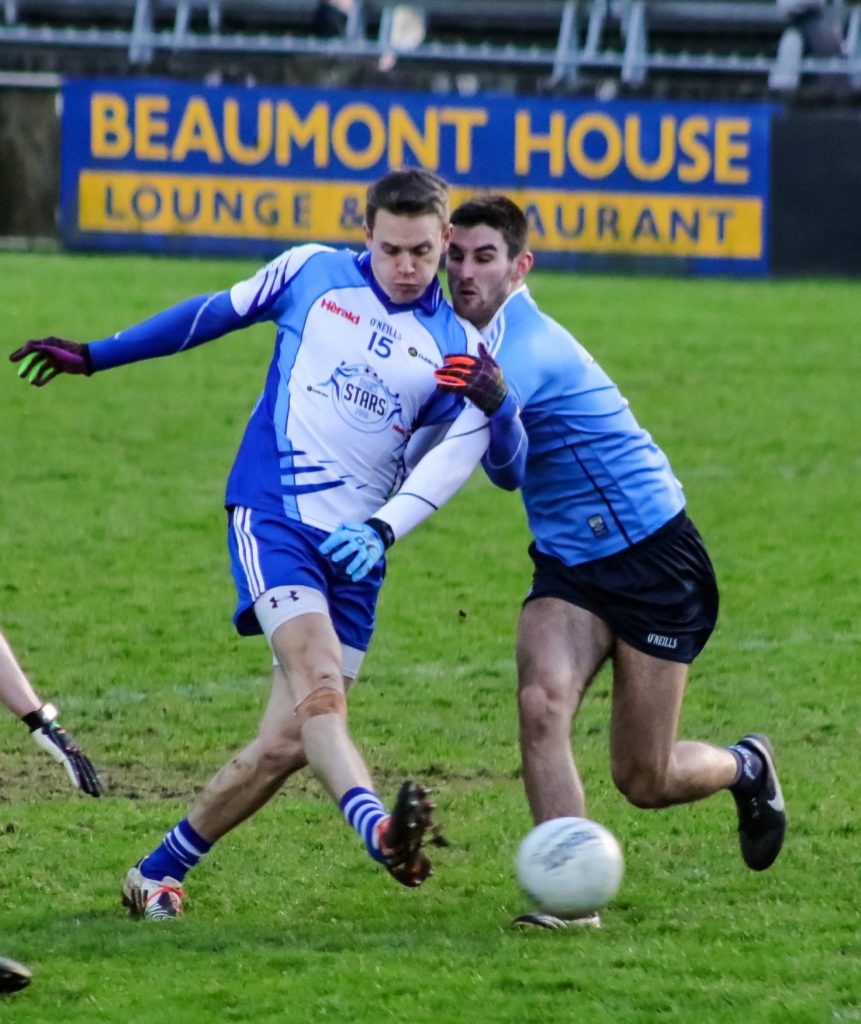 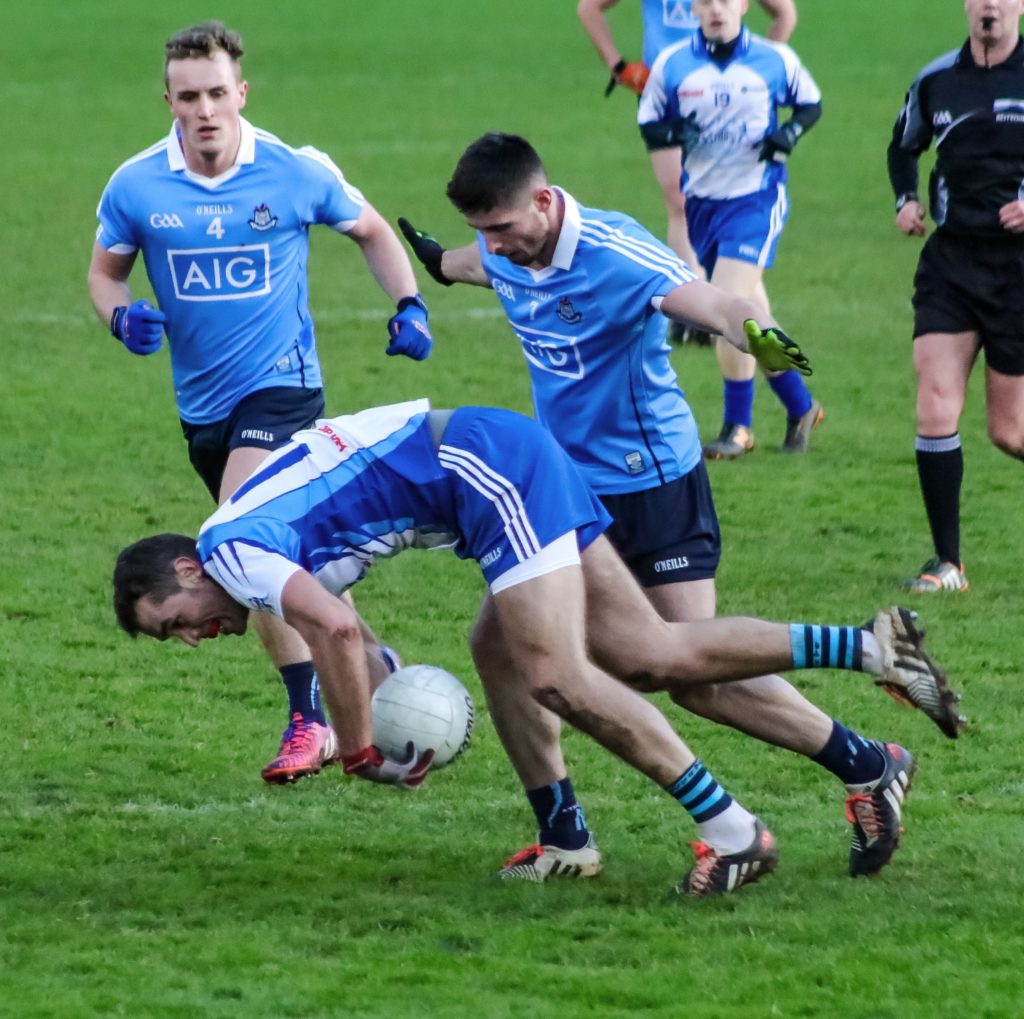 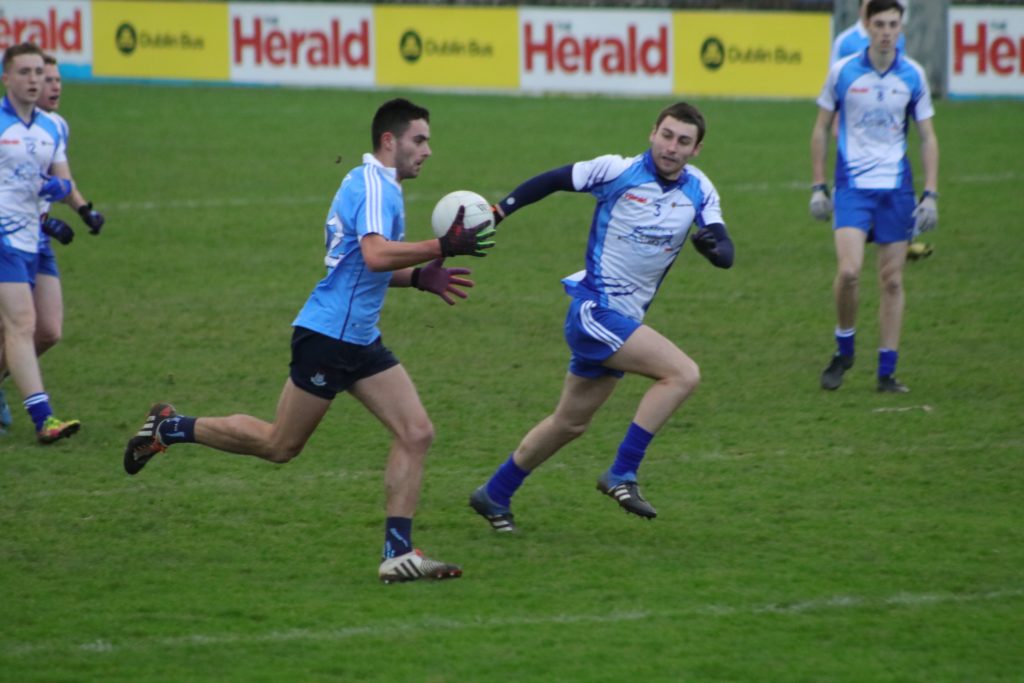 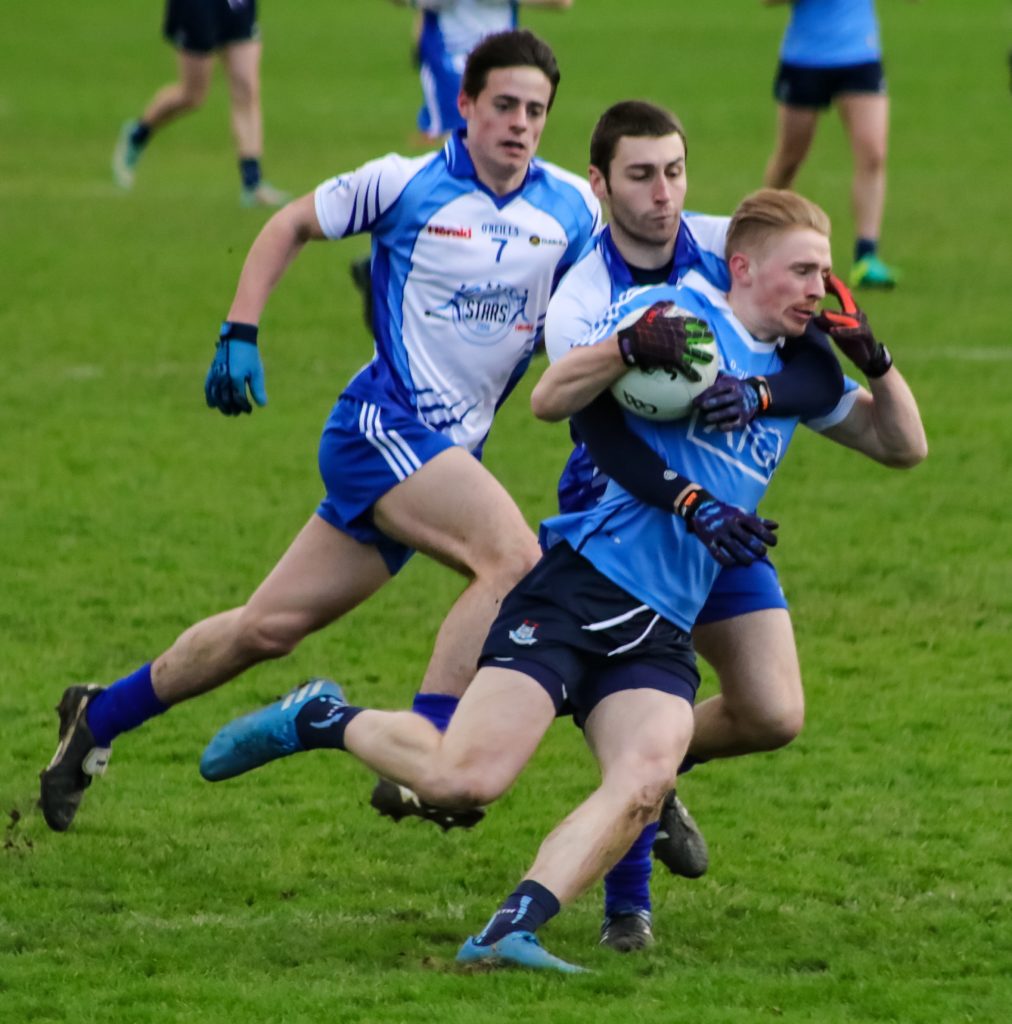