Yet another new rule comes into effect on the 1st of January next year, when ‘The Mark’ rule is introduced at all levels of Gaelic Football.

Its introduction has come into being because of complaints about the overuse of the short kick out, which has led to a decline in one of the games much loved skills, high fielding.

It is believed that bringing in this new rule which will ‘award’ players for high fielding, it will encourage teams to take longer kick outs.

Whether that is indeed the case is open to much debate with many believing it will make little or no difference to the lack of high fielding, particularly with the majority of teams employing over defensive tactics and dropping deep to allow the short kick out.

There has also been much talk that the ‘Mark’ will slow the game down although with the player having the chance to either call the Mark or play on that argument is pretty mute. 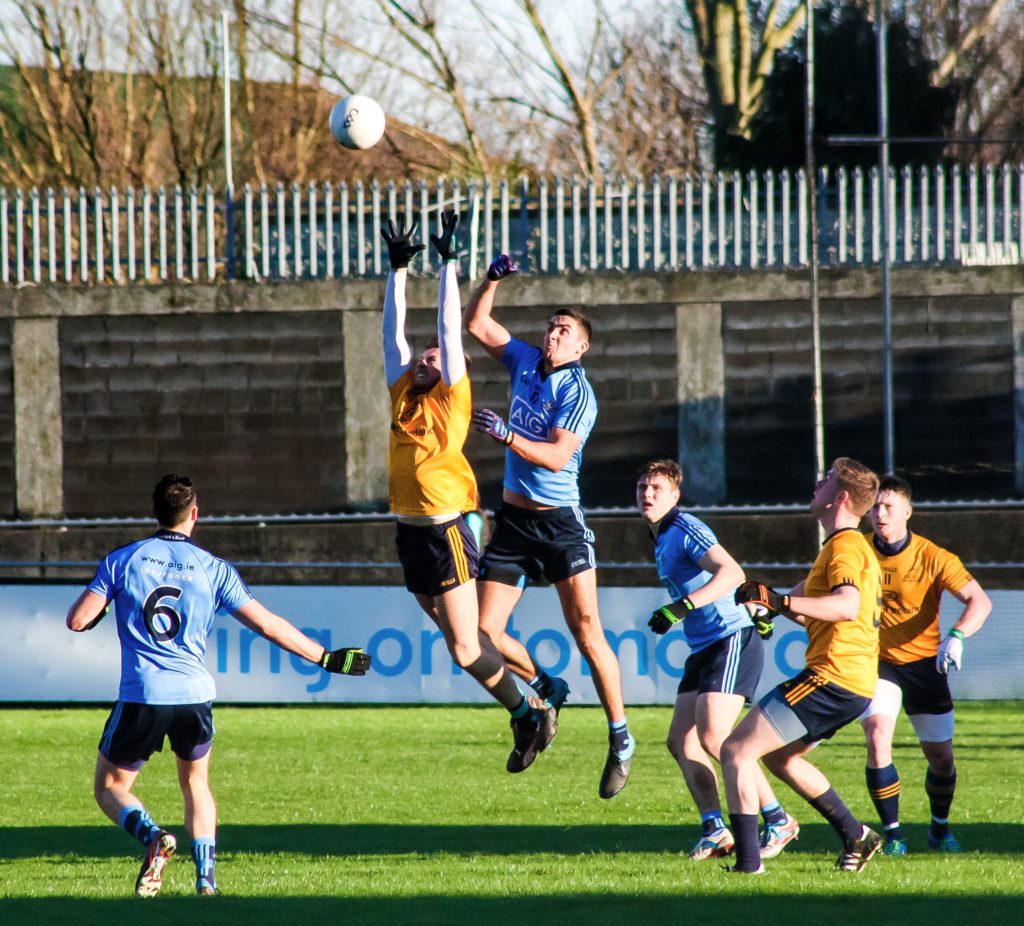 With all the furore about the black card this season and the lack of consistency of it use, is adding yet another rule for the referees to contend with a good idea.

On the surface the new ‘Mark’ rule looks straightforward enough, but dig a little deeper and there are sufficient areas of the rule that can open to that old problem of individual interpretation which is one of the main problems with the black card.

2017 could end up being a very frustrating season for players, managers and supporters if referees are as inconsistent with the new rule as they have been with the much disliked black card.

The GAA released an explanation of the new rule and a list of answers to frequently asked questions about it on their website and they can be found below.

When a player catches the ball cleanly from a Kick-Out without it touching the ground, on or past the 45m line nearest the Kick-Out point, he shall be awarded a ‘Mark’ by the Referee.

The player awarded a ‘Mark’ shall have the options of (a) Taking a free kick or (b) Playing on immediately.

The following procedures shall apply:

The player shall signify to the Referee if he is availing of the free kick and then take the free kick himself from the hand from the point where he was awarded the ‘Mark’.

(b) Play on immediately

(i) In this circumstance the player may not be challenged for the ball until he carries the ball up to a maximum of four consecutive steps or holds the ball for no longer than the time needed to take four steps and/or makes one act of kicking, handpassing, bouncing or toe-tapping the ball.

(ii) If the Player is illegally challenged, a free kick shall be awarded to his team from the point at which the challenge is made, and this free kick may be taken by any player on his team. 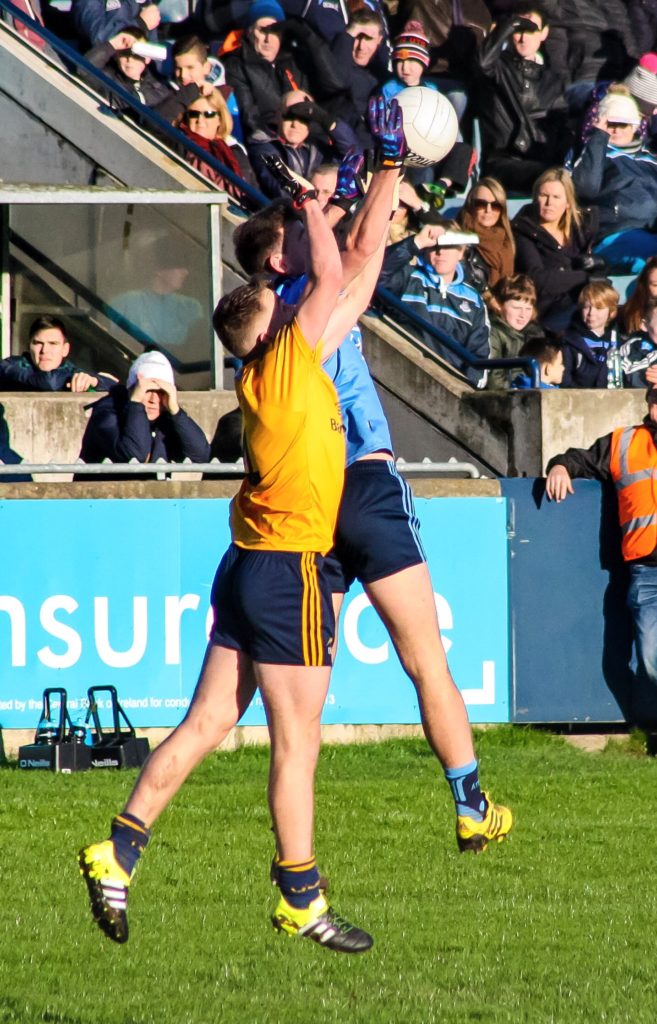 1. The referee shall award “the mark” by blowing the whistle.

3. In order to signify that he wishes to take a free-kick, the player who catches the ball and has been awarded a “mark” by the referee should stop playing. If he does not obviously stop then it should be taken that he is “playing on”.

4. “Challenged” as mentioned in the rule is taken as “tackle” as defined; once the player plays on he may be tackled after four steps or once he plays the ball in any way.

5. All players must be at least 13 metres from where “the mark” is awarded.

7. In order to be awarded a “Mark”, the ball must not have been touched in flight by another player.

The Referee awards a Mark by blowing the whistle.

2. To be awarded a “Mark” does the catch have to be from a kick-out from the player’s own team?

No, a Mark shall be awarded if the catch is from a kick-out from either team.

3. Is a “Mark” awarded for a catch from a kick-out no matter where it takes place?

No, a Mark shall be awarded if the catch is made on or outside the 45m line from a kick-out from either team.

4. How does the player who is awarded the “Mark”, “signify to the Referee” that he is availing of the free kick?

In order to signify that he wishes to take a free-kick, the player who catches the ball and has been awarded the “Mark” by the Referee should stop playing. If he does not obviously stop then it should be taken that he is “playing on”.

5. How long has the player awarded the
“Mark” to take the free kick?

He shall not delay longer than five seconds.

6. If the player awarded the “Mark” delays the taking of the free kick by more than five seconds, what is the award?

The Mark and free kick shall be cancelled and a throw-in between one player from each side is awarded.

7. How far do players have to be from the free kick?

All players (team-mates and opponents) must be 13m from the free kick.

8. If the player who has been awarded the Mark chooses to take a free kick and a player from the opposing team blocks or attempts to block that kick within 13m or interferes with the player who has chosen to take the kick, what is the award?

A free kick 13m more advantageous shall be awarded.

9. What happens if a team mate plays the ball within 13m of the free kick awarded for the Mark?

A free kick is awarded to the opposition.

10. If the player awarded the Mark is injured in the process what is the award?

Any team mate may take the free kick from the hands, but he may not score directly from the kick.

11. What is the award if a player, who is taking the free kick following an injury to a team mate, scores directly from the kick?

A free kick is awarded to the opposition from the point at which the original free kick was taken.

12. When the player awarded the Mark decides to play on, when may he be tackled?

He may be tackled after he takes four steps or once he plays the ball in any way.

13. What is the award if a player who has chosen to play on is illegally challenged?

A free kick shall be awarded at the point at which the illegal challenge is made. 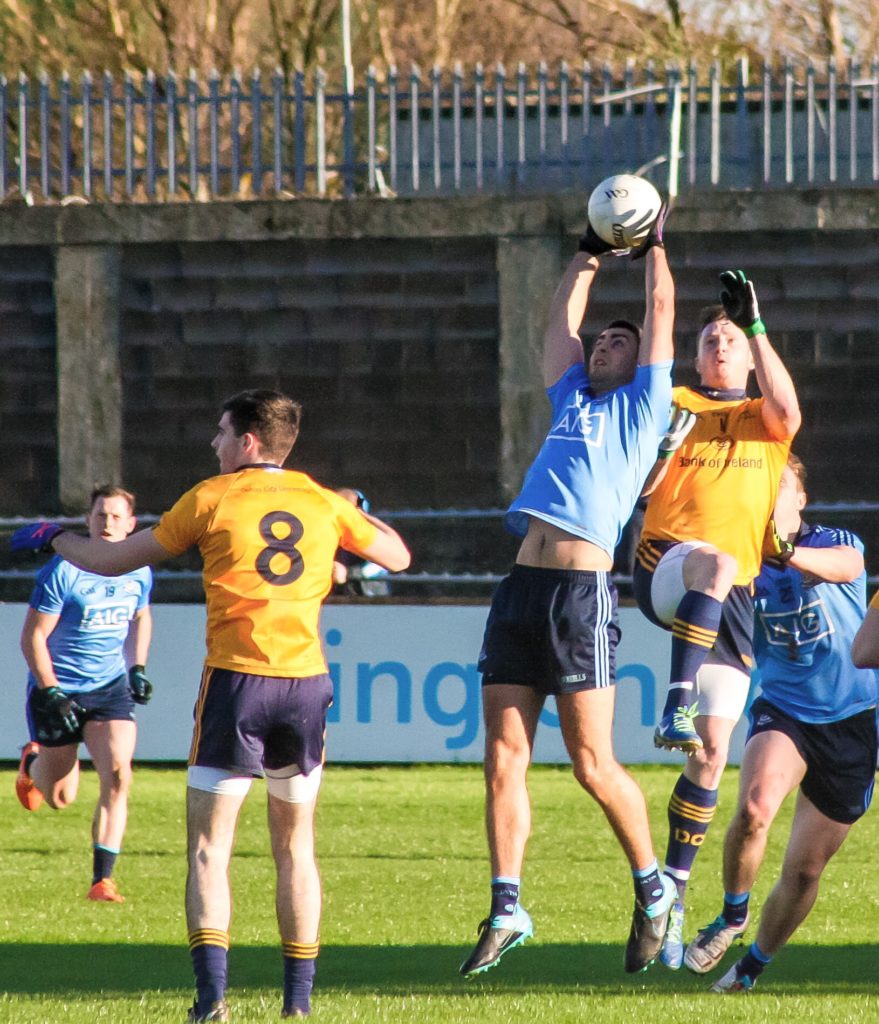 “THERE IS AN ENERGY THAT COMES OFF THE CROWD” – HARTE...