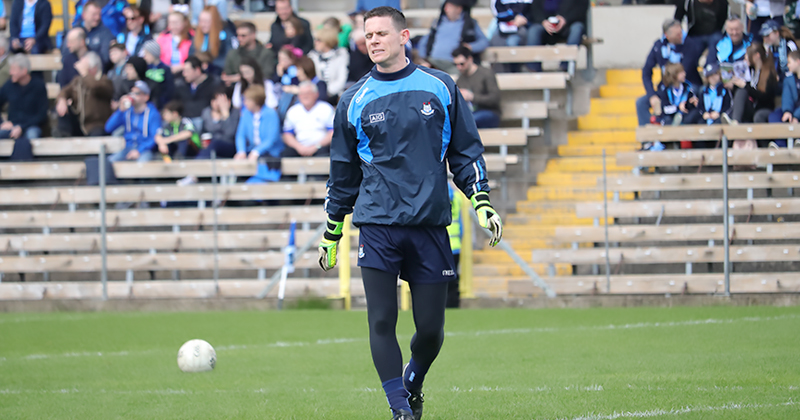 With every year comes change. And with some change comes controversy. And at this year’s Special Congress, delegates voted to introduce a rule that all kick outs must now pass the 20 metre line, an extra 7 metres on the current 13 metre rule.

There was some opposition to this rule change but this will become the norm over the course of the 2018 season. Many believe that the rule was aimed to negate the strength and depth of the restarts of Dublin captain and goalkeeper Stephen Cluxton. However statistically this may not be correct.

The Parnell’s net minder has been branded a revolutionary in changing the role of the goalkeeper in Gaelic Football. He’s known for his quick, short kicks. But what might come of interest is of the 96 kick-outs Stephen made in this year’s All Ireland Championship, only 3 of them didn’t go beyond 20 metres.

Dublin sharpshooter and teammate Dean Rock doesn’t think the rule change will have any affect on the Dublin captain in the coming year.

“It’s something that will become the norm through the National League”. Rock told The Examiner.

“I don’t think it’s going to massively affect the game, or affect Stephen in any way or Evan or whoever is in goals for us. It’s part of that evolution and we’ll just adapt and go with it.”

“When it was announced, I hadn’t really a notion because I wouldn’t really be thinking too much in terms of goalkeeping stuff. I suppose it’s a new rule, the game is evolving, GAA is evolving as a whole and this is just a new change.”

People will remember when ‘the mark’ was being introduced a couple of years ago. There were many who believed it wasn’t needed and would be bad for the game. But the opposite has unfolded.

“At the time of that, people were saying, ‘I don’t know how good it’s going to be or how effective it’s going to be?’ but I think that’s been a good development for the GAA.”

“That’s worked at both club and county level. I’m sure this will have the same effect.”

“Maybe those on committees and [GAA president-elect] John Horan and stuff, might have things they want to change, but I think the game is perfect at the minute.”

As the Dublin footballers prepare for their annual holiday, this means that the O’Byrne Cup will be contested by another experimental side, which seemed to benefit the panel this year. Dublin reached September in good condition and ready to defend their Championship credentials.

“I certainly felt from my own individual perspective a lot fresher at the end of the season than I did the previous season. That’s just learning, the games were quite intense in 2016 and we had a replay that year as well, but certainly I think we timed our run a lot better this year and training and all was tailored towards that, which was great that it eventually came off then.”