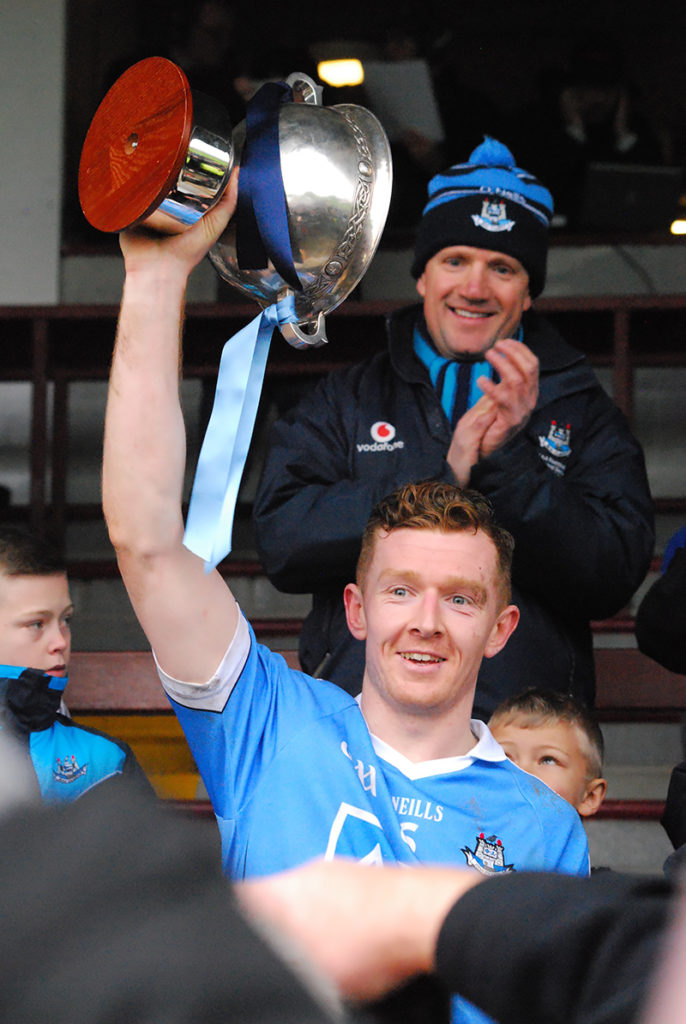 On a soggy afternoon in Drogheda, Dublin romped to victory and Captain Ciaran Reddin proudly hoisted the O’Byrne Cup above his head, the county’s ninth win in the competition, and the senior footballers first piece of Silverware this year.

Despite the weather, the Dublin fans arrived in their droves to create the appropriate atmosphere for today’s occasion. And Paul Clarke’s men maintained the momentum from their Semi Final victory in Newbridge last weekend.

Two second half goals from substitutes Colm Basquel and Killian O’Gara sealed the deal for the Dubs this afternoon in what was a very entertaining encounter. And the man of the match was awarded to Dublin’s half back Niall Scully for yet another outstanding performance in a Dublin jersey.

Louth drew first blood after throw in and were 0-03 to 0-01 up in the ninth minute. Niall Walsh had the opportunity to pull the dubs in front but his close range goal attempt was saved by Louth keeper Craig Lynch, with the resulting 45’ expertly taken by Ciaran Reddin. Louth too had their chances in the first half and once again Evan Comerford showed nerves of steel in Dublin’s goal pulling off a number of saves. 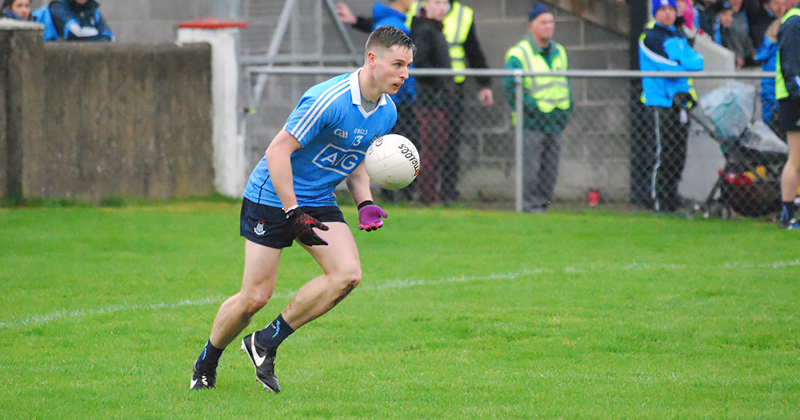 By 23 minutes on the clock Louth found themselves two points up. The were throwing bodies into defence to break Dublin down and were quite tricky to catch on the break. But three points for the remainder of the half from Niall Scully, Paul Hudson, and Ciaran Reddin gave Dublin the edge at the break.

The half time gap did wonders for the Dubs and they were by far the stronger team in the second phase. Basquel, Mullaly, Hudson (2), McHugh, Reddin and O’Gara bounced 7 scores over the bar, keeping Louth quiet for a twenty minute spell before Pauric Smith and substitute Sam Mulroy replied.

Smith and Mulroy would score another each after a beautiful point from Paul Hudson, but with 5 minutes remaining in normal time Colm Basquel found space from a short pass, bore down on goal and slipped the first into the net to give Dublin an eight point lead.

Hudson and Sean O’Brien matched scores with Bevin Duffy and Padraig Rath. But Dublin weren’t finished and with five additional minutes already played it was the turn of Eoghan O’Gara’s younger brother Killian to leave his mark on this game before it finished. Referee John Hickey played advantage on a foul on O’Gara in the box and the ball managed to find it’s way into the net for Dublin’s second goal and to win this contest by 0-09 scores. 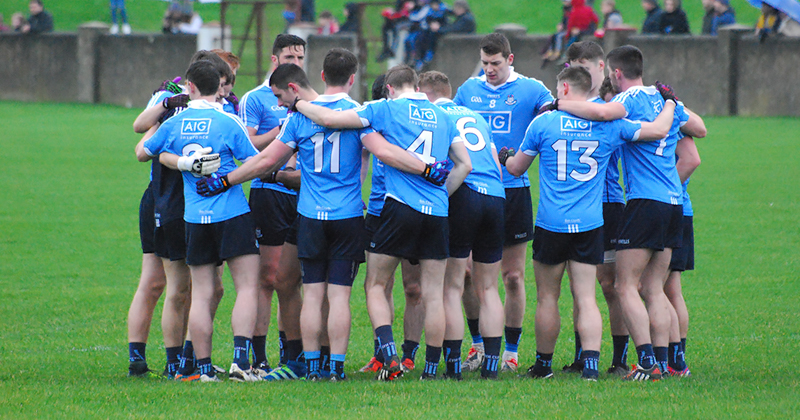 Paul Clarke will be happy with his stint in the boss’s chair only losing one of six games played in this competition. And there will be food for thought when he sits down with Jim Gavin to report on the talent in this young Dublin panel.