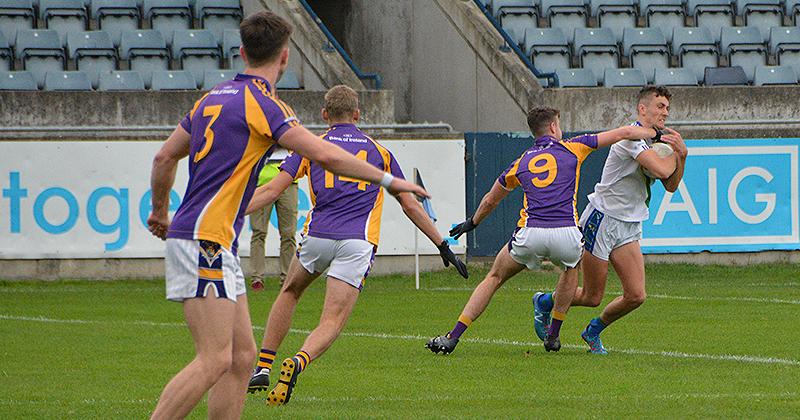 A band of merry supporters will wrap up warm this Sunday and head for Navan. Kilmacud Crokes start the drive to hopefully win a fifth Leinster Senior football title. But it’s been eight years since they last lifted the trophy. And back then they beat Offaly Champions Rhode by five points. St. Peters are Meath Champions for the third time but have never had provincial success. So there’s everything to play for on Sunday.

A couple of weeks ago Kilmacud secured their eight county title, beating St. Judes in the Parnell Park Finale. Paul Mannion finished with a stunning 1-06 on the day, proving once again how priceless he is in Dublin football terms. But defensively, Crokes were on the money and stifled Judes at every opportunity. And this Sunday they’ll face an equally good defensive unit at the first provincial juncture.

Crokes co-manager Robbie Brennan is travelling into familiar territory this weekend. A resident, Brennan played and managed Dunboyne for a period after his playing days with Crokes. And he’s played for both sides when they’ve met in the past.

“There is a nice bit of history between the teams as we met 20 years ago when I was playing for Kilmacud and then in 2005 when I was with Dunboyne.” he told Official Dublin GAA

“Living as close as I do to the club, I know them all very well and they have developed into a very good team.”

The Meath Champions pack a punch

Peter’s have already started their Leinster journey, beating Shelmaliers of Wexford by ten points to advance to Sunday’s game. Before that they went unbeaten in five round games in the Meath Championship before seeing off Gaeil Colmcille, Simonstown Gaels and Summerhill to lift the county title.

“Defensively, they are very strong and they have conceded very few goals so we are under no illusions as to the task that is facing us.” Brennan added.

But Brennan is very pleased with the progress Crokes have made in the last few years, particularly their final performance against St. Judes.

“Our focus was on executing our own game-plan and I think the lads did that very well.”

“There were valuable lessons learned from two years ago when they lost to St Jude’s in the championship and they were determined not to make the same type of mistakes again.”

“The lads delivered such a good performance and that they were very disciplined and consistent in what they were asked to do.”