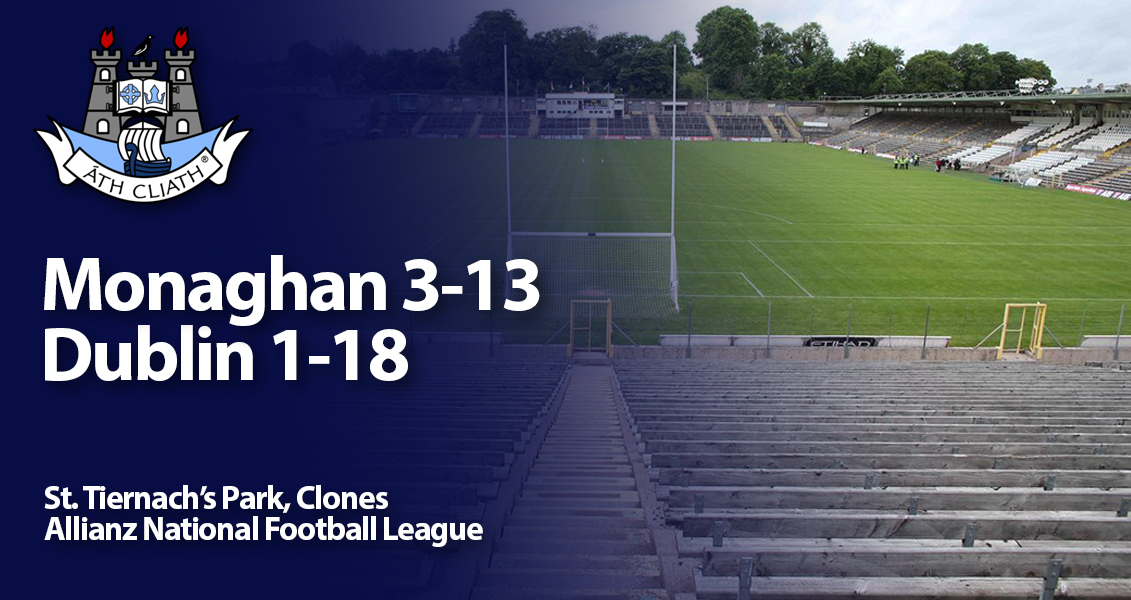 Not for the first time Monaghan performed a great escape to secure their Division 1 Football League status for 2023. But sadly that means Dublin, who shared the Division 1 League title with Kerry last year will be playing their league football in Division 2 next season after a dramatic finish in St. Tiernach’s Park this afternoon.

With Kildare joining them in the second tier next year, it means there will be no Leinster teams competing in Division 1.

Jack McCarron, who registered 2-06 today, nipped the result for Monaghan with an injury time converted free to the delight of the home supporters in Clones. It was the home side who led for most of the game but Dublin drew level with late penalty converted by Dean Rock giving the visitors hope.

Sean Bugler and Cormac Costello put Dublin into an early lead. But Monaghan dug deep, and Conor McCarthy and Darren Hughes gave the Clones crowd something to shout about. Sean Jones brokes through several tackles to slot the ball into the net, and Shane Carey made it 1-03 without reply before Rock ended the 12 minute scoreless spell.

Conor Boyle and McCarron extended Monaghan’s lead. But at the half time break Rock and Costello had clawed Dublin back within 2 scores on 1-07 to 0-08.

The Farney men continued strongly on the restart with Gary Mohan and Kieran Hughes. And when Mohan was fouled and awarded a penalty, McCarron confidently pushed his side seven points clear. Dublin responded immediately with Costello, Bugler and substitute Lee Gannon registering a hat trick of points.

But the afternoon belonged to McCarron as his brilliant lob made it 3-10 to 0-13 reaching the final quarter. Ryan Wylie received a second yellow card reducing Monaghan to 14 men. And James McCarthy endured the same fate. Despite this a series of Rock frees kept Dublin in touch. Kieran Hughes and McCarron hit back but there would be another twist in the tail.

A 71st minute penalty scored by Rock drew the sides level on the home straight. And despite both sides having chances to edge ahead, it was McCarron who clinched the winner, securing their Division 1 status, and sending Dublin down to Division 2.