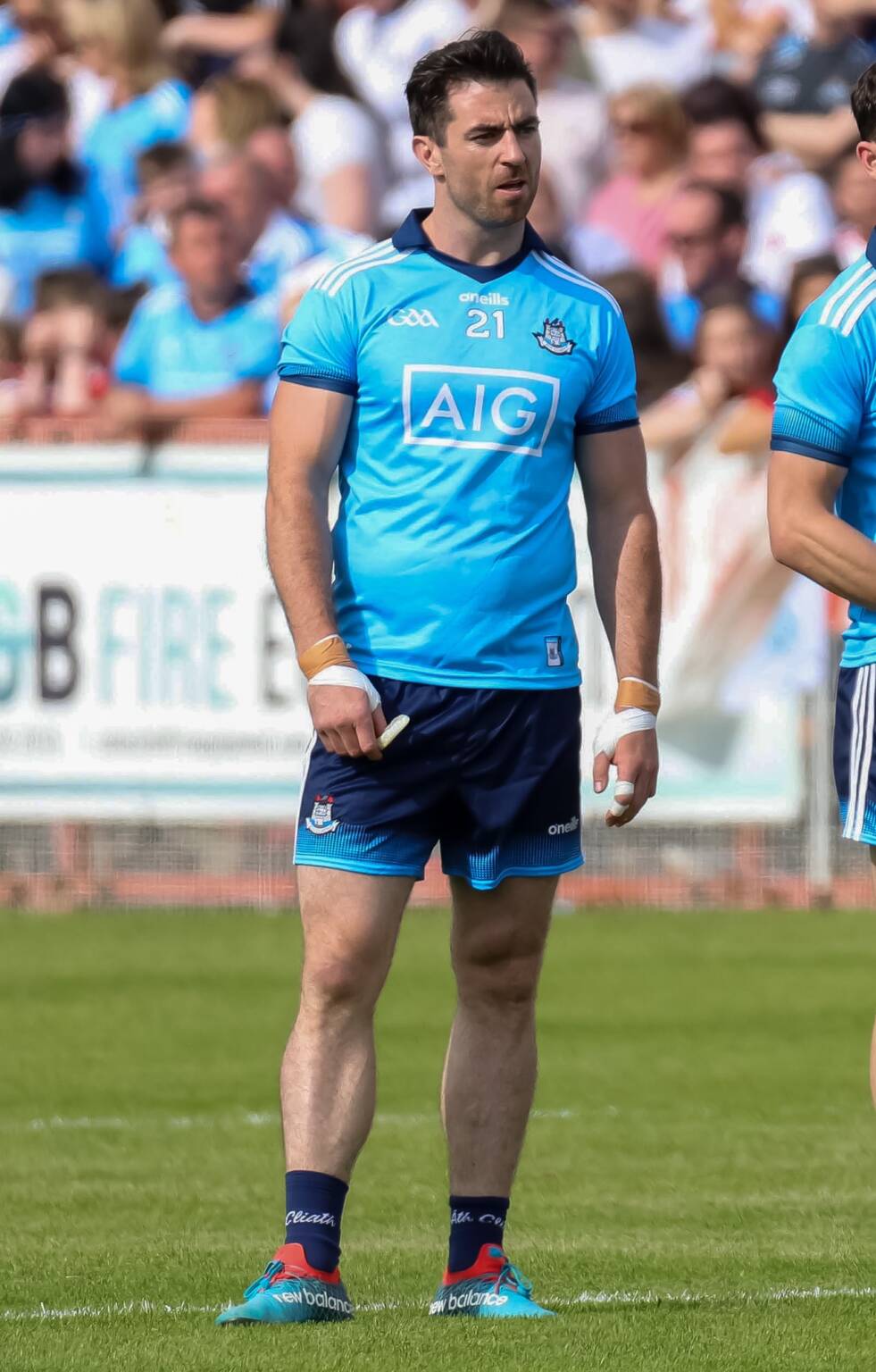 After a glittering eleven years in the sky blue jersey the powerful Ballyboden St Enda’s midfielder has hung up his inter-county boots having played a major part in Dublin’s success since 2011.

He made his league debut against Kerry in Fitzgerald Stadium in Killarney and put in an eye catching display in the Dublin engine room scoring a point in the 1-12 to 1-10 win.

Macauley’s powerful, pacy and unorthodox running style opened up opposition defences on a regular basis throughout his ten year career.

A late penalty conceded against Cork in the 2010 All Ireland semi final cost Macauley and his teammates a first All Ireland final place, but he didn’t have to wait too long for a final appearance as Dublin reached the 2011 decider.

Kerry were the opponents and a late comeback from Dublin secured Michael his first of his eight record equalling All Irelamd medals. Also that season he won his first of two All Star Awards.

Michael topped that all in 2013 winning a second All Irelamd title and his impressive displays throughout that season were recognised as he picked up the Player of the Year award and also his second All-Star.

From the crew here at We Are Dublin GAA we would like to wish Michael all the very best in his future endeavors and say a big thanks for all of the incredible memories he provided in the Dublin jersey over his stellar inter-county career.