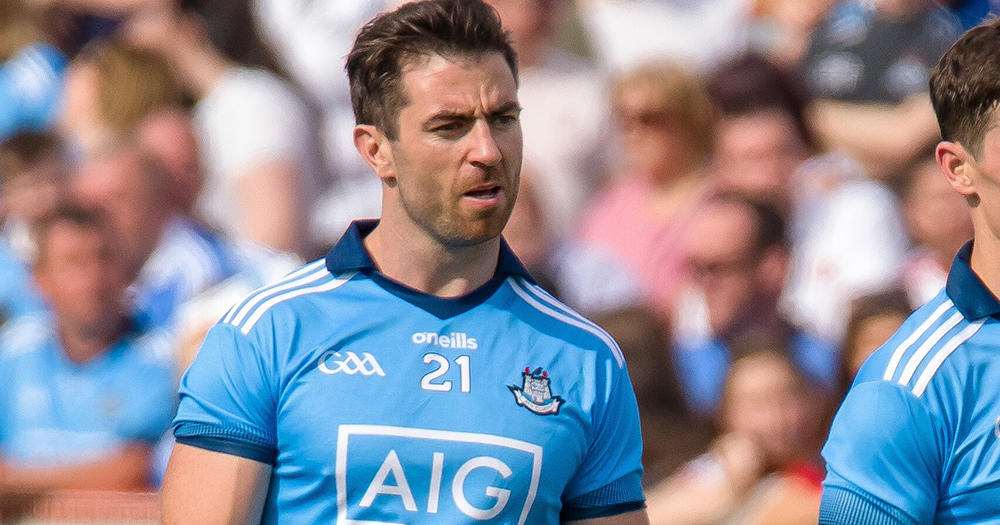 As the dust settles on an absolutely wonderful year for Jim Gavin and the Dublin Senior Footballers, few would blame the team if they extended their celebrations. It’s not every day a Gaelic Football teams wins the All Ireland Senior Title for five consecutive years. I’m sure if it was any of us we’d be still out there enjoying the celebrations.

A decade ago a 23 year old Michael Darragh Macauley made his league debut for the Dubs in 2009. A year later he got his first taste of Championship action against Wexford in the Leinster. And he’s never looked back.

The seven time All Ireland winner has served his time admirably with Dublin. He won both the Sunday Game and GAA/GPA Player Of The Year accolades in 2013. For a lot of people this year was one of Michael’s most impressive. A dogged footballer who has been part of some key moments in Dublin’s story this decade. You’d think he’d be well up for more celebrating.

“I was pushing a trolley in Ikea and someone said: ‘Jaysus, you’re back to reality’. he told the Independent.

“I said it doesn’t get more real than this, pushing a shopping trolley in Ikea so yes, we’re back.”

With his club, reigning county champions Ballyboden St. Endas back in action at the weekend, Macauley will be called up soon. They’ll prepare for a Quarter Final clash with Na Fianna in a couple of weeks time. So there’s no time left for the parties.

“It’s always fun to be up in the clouds and have the craic but I think most GAA players are grounded, we don’t have the millionaire lifestyles of the Premier League to keep us up in the clouds, so it’s not long before we’re down from the clouds.”

MDMA has had an interesting year. He’s moved away from conventional teaching to concentrate his energy into the North East Inner City Initiative. He’s now working in areas of the inner city that have been negatively affected by drugs and crime. He recently talked about how he’s trying to have a positive impact on young people though his work in the regeneration projects.

“Role models are huge in the community. I had my dad and brother, my friends who were successful, going to college and doing things. That was what you did, but a lot of people around here don’t have that and maybe their parents… were struggling with jobs and addiction.”

“We are trying to use sport to help the kids fulfil their potential. They don’t need to be world champions but just to be fulfilled and happy, making their way in the world.”
“So if they can have a role model in their life who says ‘this is what you do, you finish education, you get a job, you work hard’ – whatever, it can be such an influence on young people.”
“Sometimes people have an opinion about someone because of how they speak, or what they do but they don’t realise what they go back home to. I see a lot of that and sometimes it’s a miracle some of the kids are getting up and going to school.”
© Newspaper WordPress Theme by TagDiv
Social Media Auto Publish Powered By : XYZScripts.com