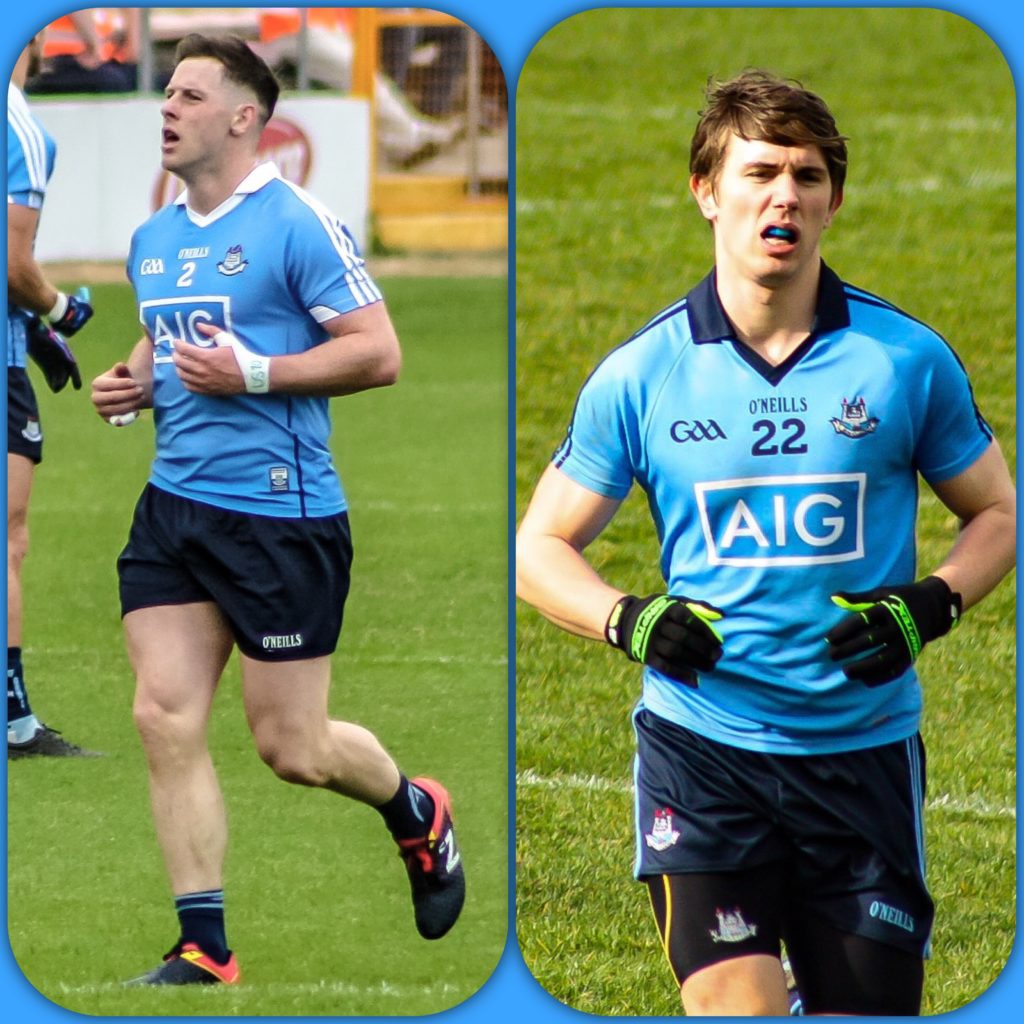 Dublin put on a dazzling performance on Saturday night in Croke Park to dismantle their supposedly nearest rivals.

Many pundits believed that Mayo would be the team to finally end Dublin’s unbeaten run in League and Championship, instead the Connacht men were sent packing with a chastising twelve point defeat that could so easily been double that score.

Dublin had many top class performers on the night through all lines of the team, from Stephen Cluxton in goal to Conor McHugh in the forwards.

Defensively Dublin were sublime and two players in particular were phenomenal, Philly McMahon and Michael Fitzsimons. Both players nullified the Mayo attack and set up a safe zone in front of Cluxton’s goal.

But disaster struck for the two Dublin stars when they returned to the Croke Park dressing room as they discovered they had lost a piece of personal property each in the shape of Andy Moran and Cillian O’Connor.

For seventy plus minutes McMahon and Fitzsimons had Moran and O’Connor tucked safe and secure in the back pocket of their shorts.

But somewhere between the pitch and the dressing room both Cillian and Andy were lost and it wasn’t discovered till Michael and Philly gathered up their belongings and realized the two Mayo boys were missing.

McMahon and Fitzsimons are said to distraught and disappointed in themselves as they were only in charge of minding them for the evening and were to return to two lads to their rightful owners after the game.

They are calling for the publics help to find Andy and Cillian as they are very worried about them wandering around on their own in a strange city.

Members of the public are asked to keep a particular eye around the Jones Road area were O’Connor and Moran might be found wandering aimlessly around dazed and confused just like they were on Saturday night in Croke Park.

If found please phone the Mayo County Board.

Tom Gray Names U20 Football Starters For All Ireland Decider

CLUXTON STRUTS HIS STUFF ON THE DANCEFLOOR FOR STRICTLY 4 LEGS