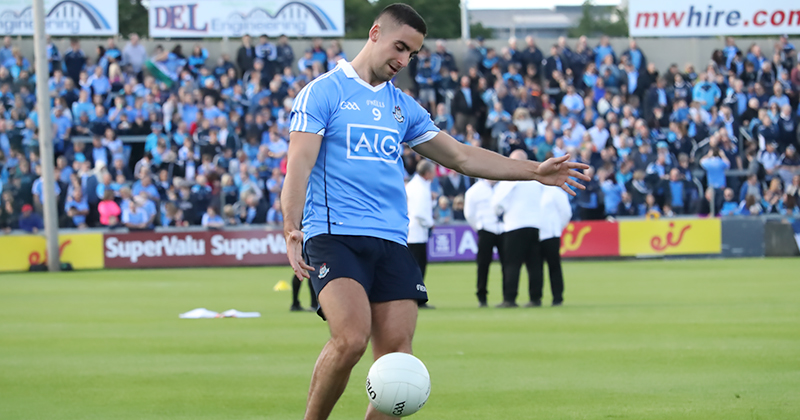 Dublin midfielder/defender James McCarthy has added another accolade to his ever growing collection as today he was named ‘Leinster Footballer Of The Year’.

James is the recipient of a Pearse Medal to recognise his performances during Dublin Leinster Senior Football campaign this year. The Senior Hurling medal was awarded to Galway’s Conor Cooney.

As Dublin captured an historic seventh consecutive provincial title, the voting panel chose McCarthy for his pace, drive and versatility, as Dublin charged through Carlow, Westmeath and Kildare to retain the Delaney Cup and remain unbeaten champions since 2010.

The medals for the the Senior Footballer and Senior Hurler, along with awards for Best County Final Programme, Best Club Website and Best County PRO, were presented at a special lunch in Croke Park today, attended by David McCarthy, James’ brother, who accepted the Pearse Medal on his behalf from Leinster GAA Chairman Jim Bolger.

Jim said at today’s lunch “The Pearse Medal is something different and recognises great players who themselves were something different. This specially commissioned medal acknowledges the best of the best and we have two very worthy winners in James and Conor after the roles they played in what were special summers for Dublin and Galway in Leinster and indeed beyond.”