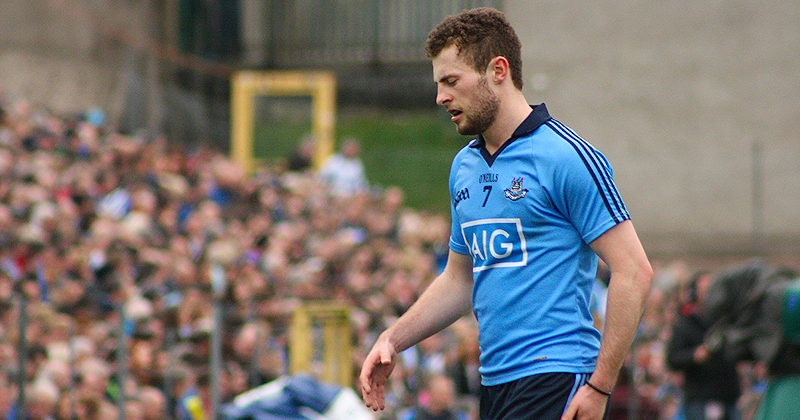 The 2016 Football season will be remembered for all the good things that happened in the capital. National League Champions, Leinster Champions, All Ireland Champions. Dublin Senior Football is in good shape, and it will hopefully be that way for a long time to come.

New faces have come to the fore, blending well with the established core panel. Players stepped up in 2016 to fill the void left by the absence of some marquee panel members.

Rory O’Carroll hung up the boots after 2015 to travel and work with Na Fianna’s Jonny Cooper stepping in and playing an All Star Season at Full Back.

John Small, another man to run with the baton, this time passed by 2015 GAA/GPA Player of the Year, Jack McCaffrey.

And many believed that the Dublin defence would suffer greatly with the absence of players like O’Carroll and McCaffrey. What’s evident now is there are feet to fill the shoes in every part of the park.

But maybe the absence of Clontarf club man Jack McCaffrey was expected to be evident for more that just the position he played. Many believed McCaffrey was more a play maker than just a wing back. His pace, power and skill became a huge part of Dublin’s 2015 success and when Jack decided to travel in 2016, it left many Dublin supporter feeling very down in the mouth.

But yesterday, in an interview with Independent.ie, McCaffrey has confirmed that he would be available for selection by Dublin manager Jim Gavin in the coming year. News that can only add to the momentum currently being displayed by Dublin’s Senior panel.

“I am going to be knocking around for the next year and a half at least.” he said speaking at the draw for the 2017 Independent.ie Sigerson and Fitzgibbon Cups.

“We actually only finished the club season on November 27. We got promoted to Division One. I was moving well enough there, I’m happy enough.”

“Available for selection now,” he confirmed.

First things first though, McCaffrey will rejoin his college mates in UCD for Sigerson action, after captaining them to success in 2015. The 23 year old is delighted to have the opportunities to get back to regular action as soon as possible.

“To a certain degree, this never-ending GAA calendar can be good because you just go from competition to competition and it’s a nice way to keep yourself motivated.” he admitted.

But as much as he’s delighted to be back in competitive action, Jack has definitely enjoyed being a spectator after his travels in Africa for charity work.

“It was great to go back. It’s a couple of years now since I walked in to Croke Park as a fan. Myself and the family used to go to all the games and it was great to sit with my brother and sisters and just watch the match and kind of get that buzz again. You forget how exciting it is to sit in Croker and watch the lads play.”

“The Kerry semi-final was unbelievable” he said.

“The first All Ireland final was a nightmare to watch, it was one of the most bizarre games of football I have ever seen.”

Jack McCaffrey and his Sigerson Cup team mates UCD will face Galway-Mayo IT or IT Sligo in the first round of their title defence this year.