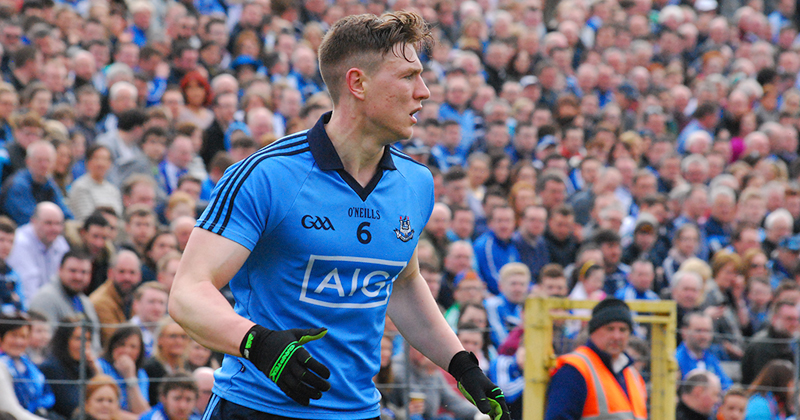 Introduced on January 1st 2014, one rule change in the GAA that still receives mixed opinion is of course the Black Card.

The idea is fairly straight forward. A referee can present a black card to a player for a number of infractions. Pulling down or deliberately tripping an opponent, a deliberate body collision, provocation, verbal abuse or threatening gestures, or remonstrating in an aggressive manner with an official.

And while all these appear to be straight forward, like anything, the rules are down to perception, and indeed can be called upon at the discretion of the match referee and officials.

Many believe the problem is not with the rule itself, but the consistency, or lack of, that is used.

The All Ireland Senior Football Final Replay referee Maurice Deegan has admitted that he missed one such call in this years season closer.

Jonny Cooper, Lee Keegan and Rob Hennelly all received the punishment from the Laois referee, who believes they were all warranted.

But speaking to RTÉ Radio Sport, Deegan admitted that the incident involving Dublin wing back John Small should also have be written up with the same result.

“I definitely missed the black card that I should have got – that was in the first five minutes of the game. It was John Small on Andy Moran. ” 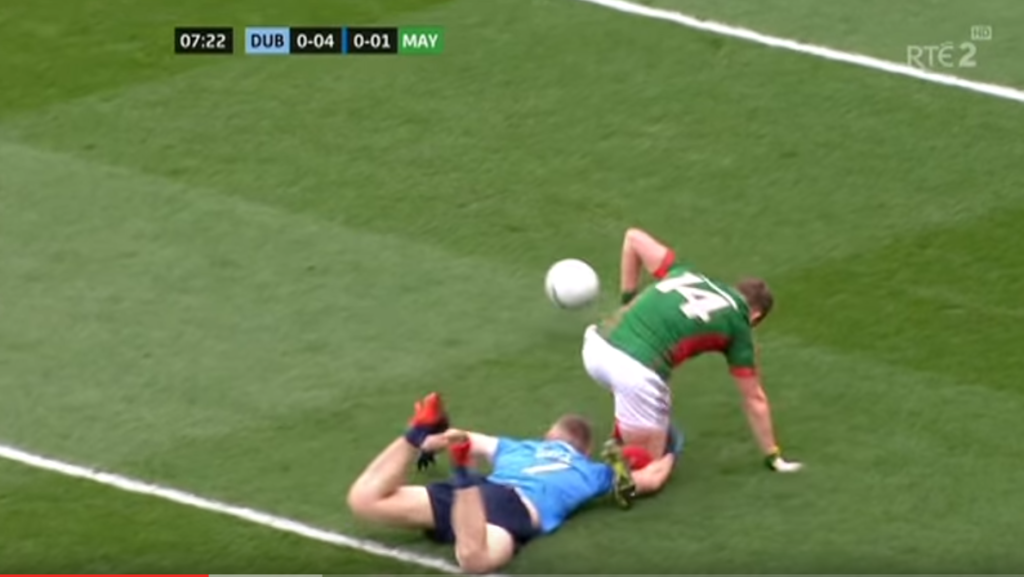 Just around the 7 minute mark in the replay in Croke Park, Dublin’s John Small lost possession of the football while colliding with Mayo forward Andy Moran, and as Moran tried to get to his feet to claim the ball, it appeared Small reached forward to hold Moran’s leg. But the officials remained undecided and couldn’t make a definite decision.

“I wasn’t 100% sure that I saw it. We were wired up. Obviously, when you come to Croke Park your umpires and everyone is wired up.”

“I would have asked my linesman did he see it, and he said he didn’t see it clearly.” Deegan claimed.

“When you’re giving a black card in situations like that, you have to be 100% sure, especially with the black card.”

DUBLIN SET UP SEMI FINAL CLASH WITH TYRONE AS THEY DEMOLISH...

DUBLIN GAA PLANS FOR A 25,000 CAPACITY STADIUM COULD BECOME A...