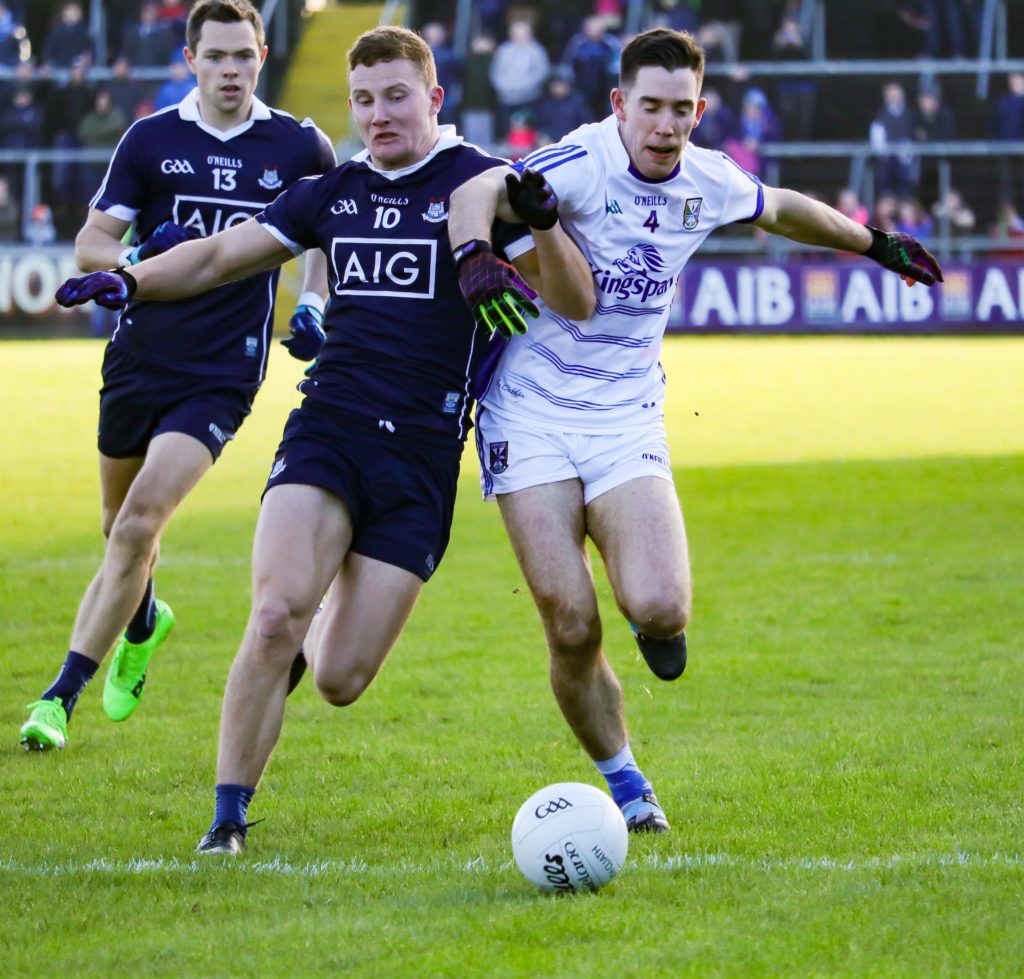 It was a crisp but perfect day for football and there was a carnival atmosphere around the ground as both sets of supporters excitedly waited for the action to begin.

They had to wait an extra 15 minutes as the throw-in was delayed due to traffic congestion on the way to the ground.

It was worth the wait as the game started at a frantic pace and three minutes in a point from Sean Johnston raised a big cheer from the Cavan supporters.

Dublin made three changes to the team that was announced yesterday, Jack McCaffrey, Niall Scully and Jason Whelan starting in place of David Byrne, Eoghan O’Gara and Cormac Costello. 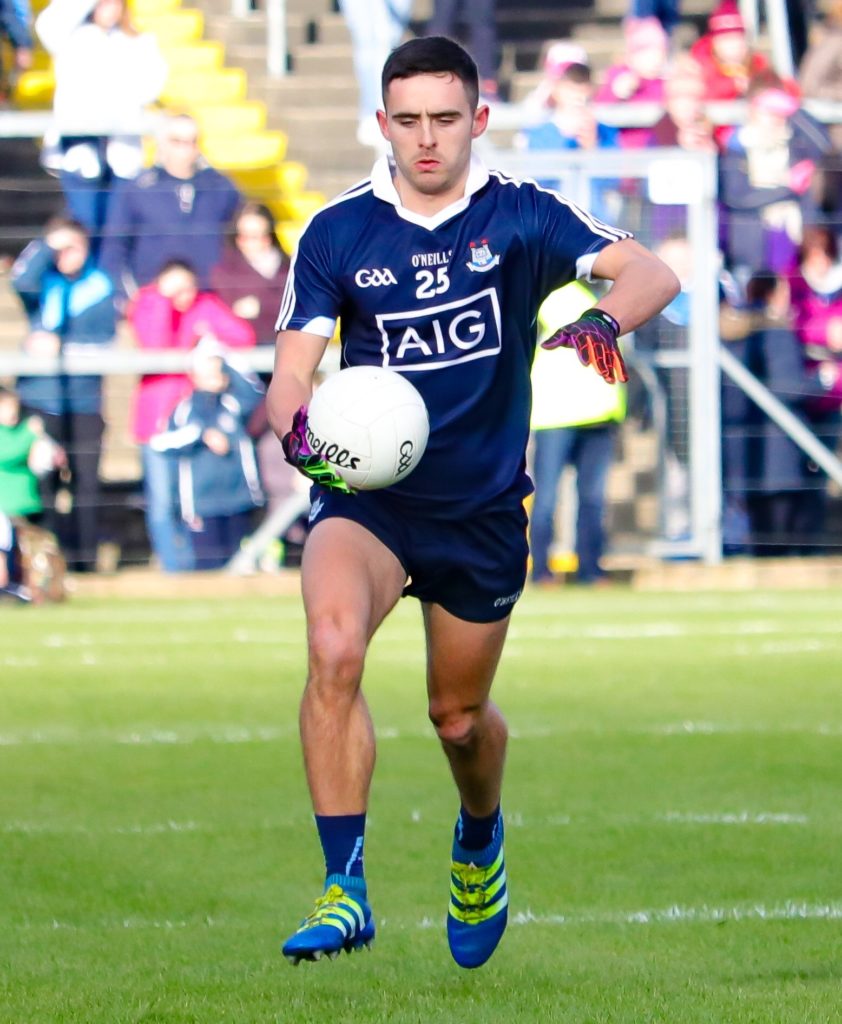 Dublin were level a minute later with an excellent point from Kevin McManamon. Cavan who were playing in the top flight for the first time in almost two decades were certainly up for the game and went back in front with a point from John McCutcheon.

The frantic nature of the game continued with the game ebbing and flowing from one end of the pitch to the other. Five minutes in and the sides were locked on 0-02 apiece courtesy of a Dean Rock free.

Twenty minutes in and Cavan were still living the dream as they found themselves 0-05 to 0-04 in front. A brace from Sean Johnston, one from a free and the other from open play and Niall McDermott point put them in front. 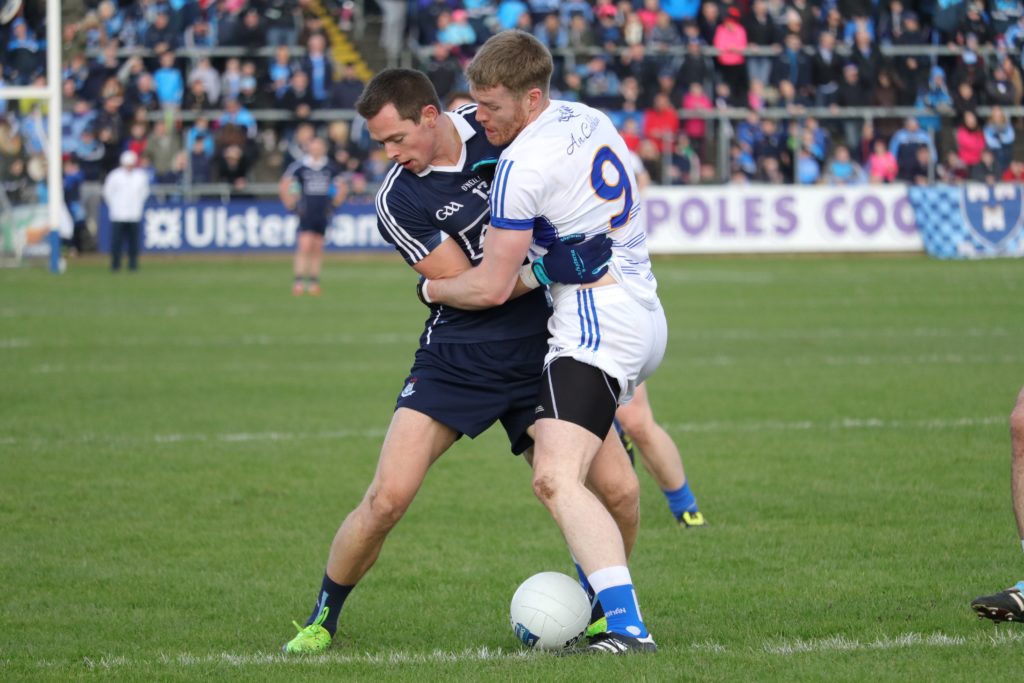 The Dublin points came from a fisted effort from Macauley and another Dean Rock free.

Dublin though were really starting to move through the gears and at the back were now getting on top of their men.

With seven minutes to go in the half Jack McCaffrey in his first game back for Dublin in nearly a year reminded everyone why he won the Player Of The Year award in 2015 with a fine point and Dean Rock knocked over yet another free to leave the Dubs ahead 0-09 to 0-05. 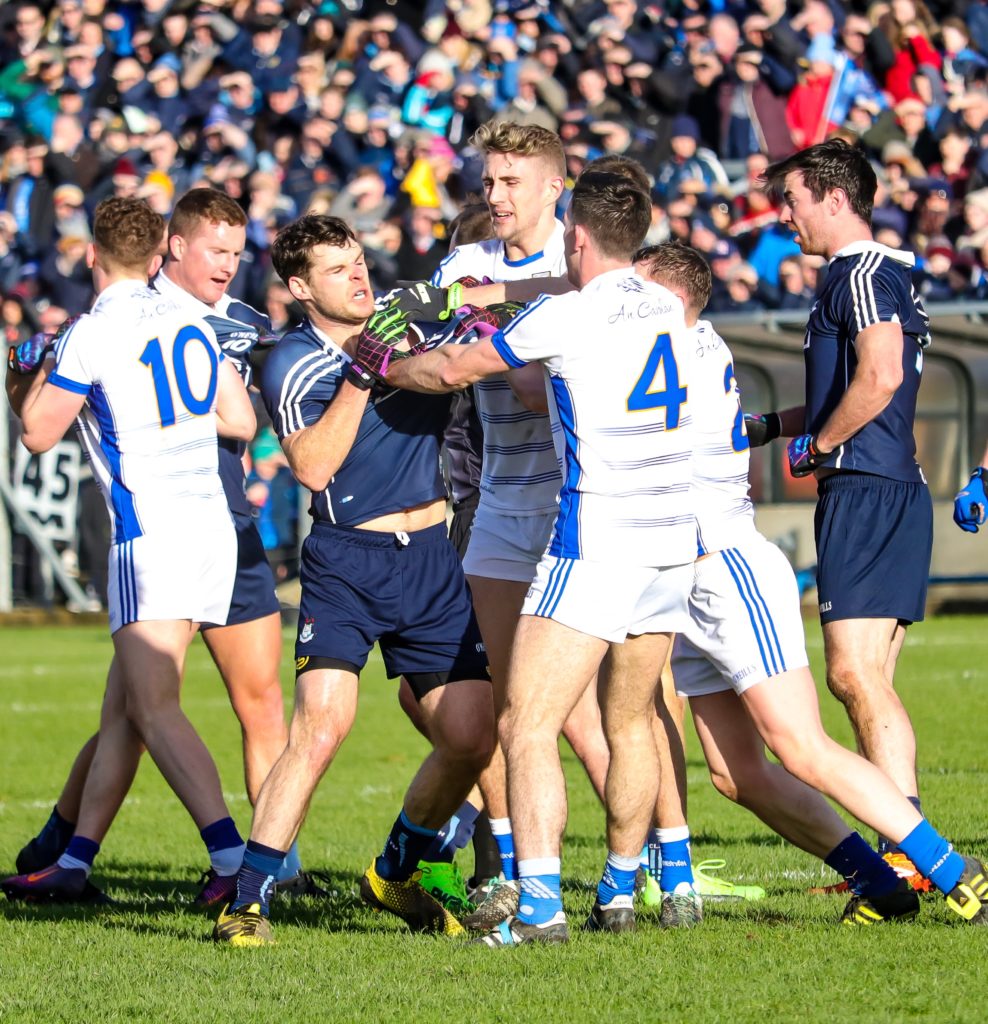 Cavan hit back with two points of their own from Gerard Smith from open play and a Niall McDermot free. But just before the short whistle the ever accurate Dean Rock hit over his fourth free of the half to give the Sky Blues a 0-10 to 0-07 lead at the break.

Dublin stretched their leader to four points two minutes into the second period as Dean Rock split the posts with his fifth successful free.

A quick reply from Cavan’s Gerard Smith raised the Breffni’s men’s supporters but the Dubs were in full control of the game and reeled off three excellent points from play from James McCarthy, Dean Rock and Niall Scully.

Cavan though were causing some problems with their quick counter attacks and hit back with a Sean Johnston free and a point from Conor Madden. 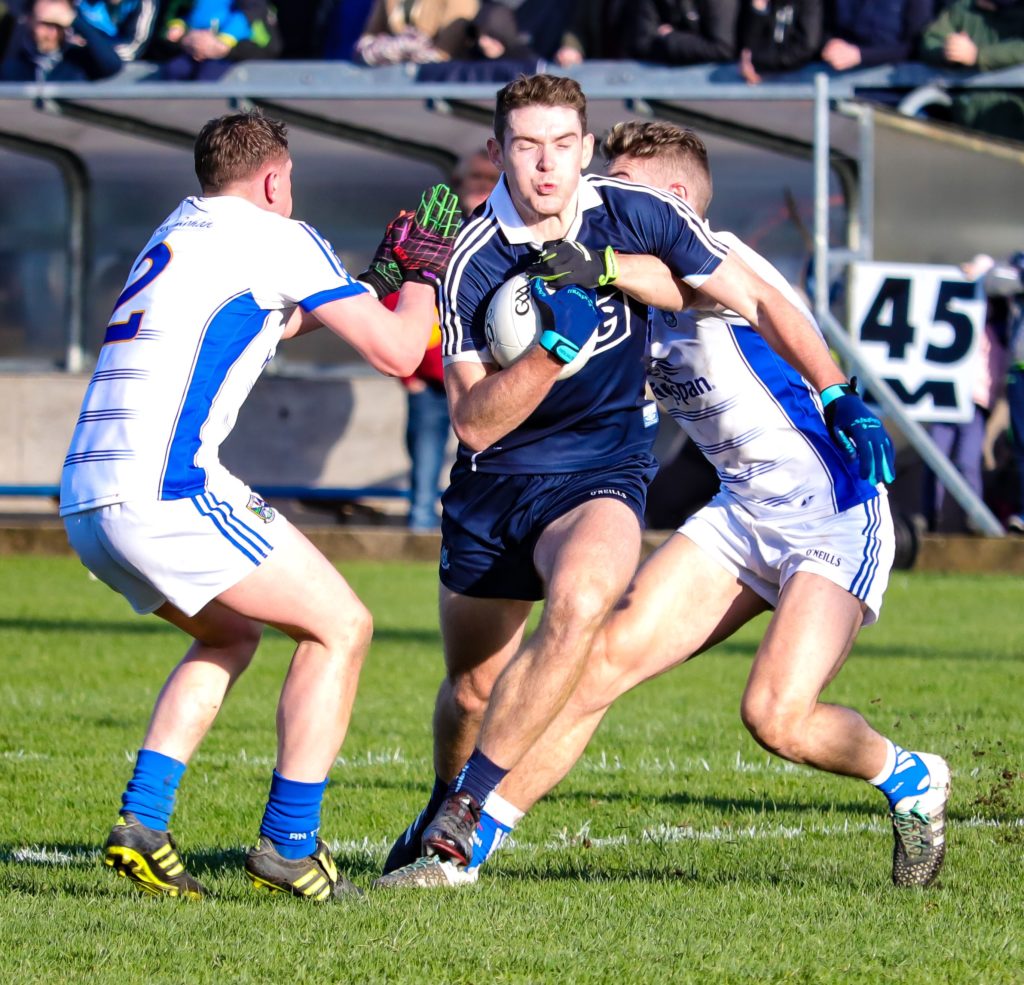 But Dublin always looked in control and every time Cavan looked like they might mount a comeback the Dubs hit back to keep them at arms length.

With seventeen minutes left on the clock Dean Rock scored his sixth free of the game and two minutes later Gavin brought on Eoghan O’Gara to a huge cheer from the traveling Dublin support.

James McCarthy who was brilliant all game broke forward to score a great point. It was cancelled out a minute later by a Sean Johnson point for Cavan but that was to be the Breffni men’s last score of the game.

With Dublin controlling the ball and dreading the passes patiently around probing for opening, Cavan were left chasing shadows.

Brian Fenton popped up on the right wing to hit a sublime point and in injury time another second half substitute Cormac Costello finished the scoring with a well struck free off the deck to give Jim Gavin’s troops a well deserved seven point victory on a scoreline of 0-18 to 0-11. 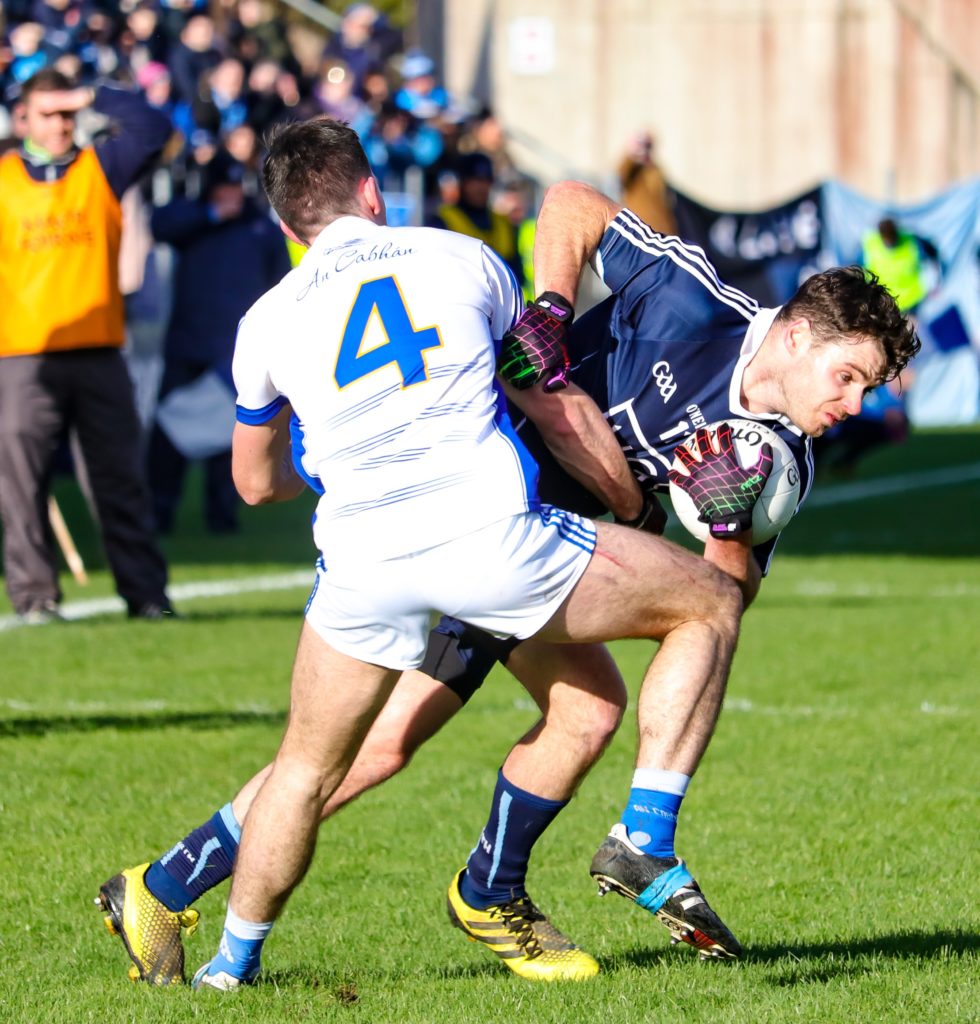 Gavin will be pleased with the display from his team today particularly Niall Scully who was just brilliant today and picked up the Player Of The Match Award, his third such award in as many games.

There will of course at this stage of the season still be lots to work on going forward and there will be tougher test ahead.

The first of those may well be next Saturday night in Croke Park when Dublin face off against Mickey Hartes Tyrone side. 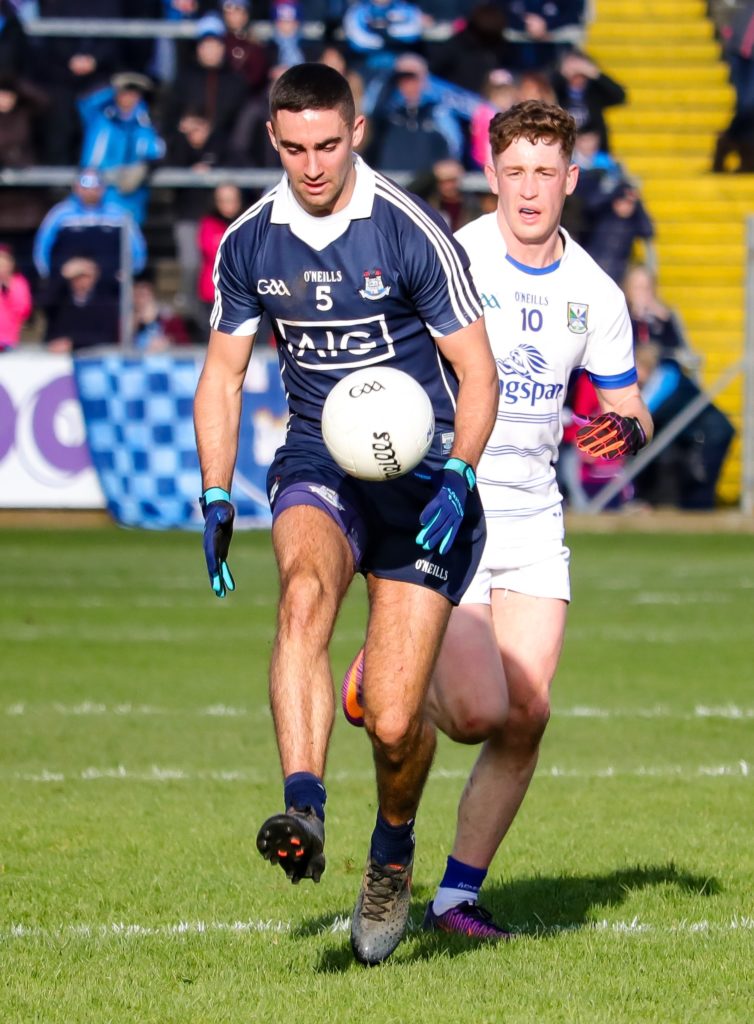 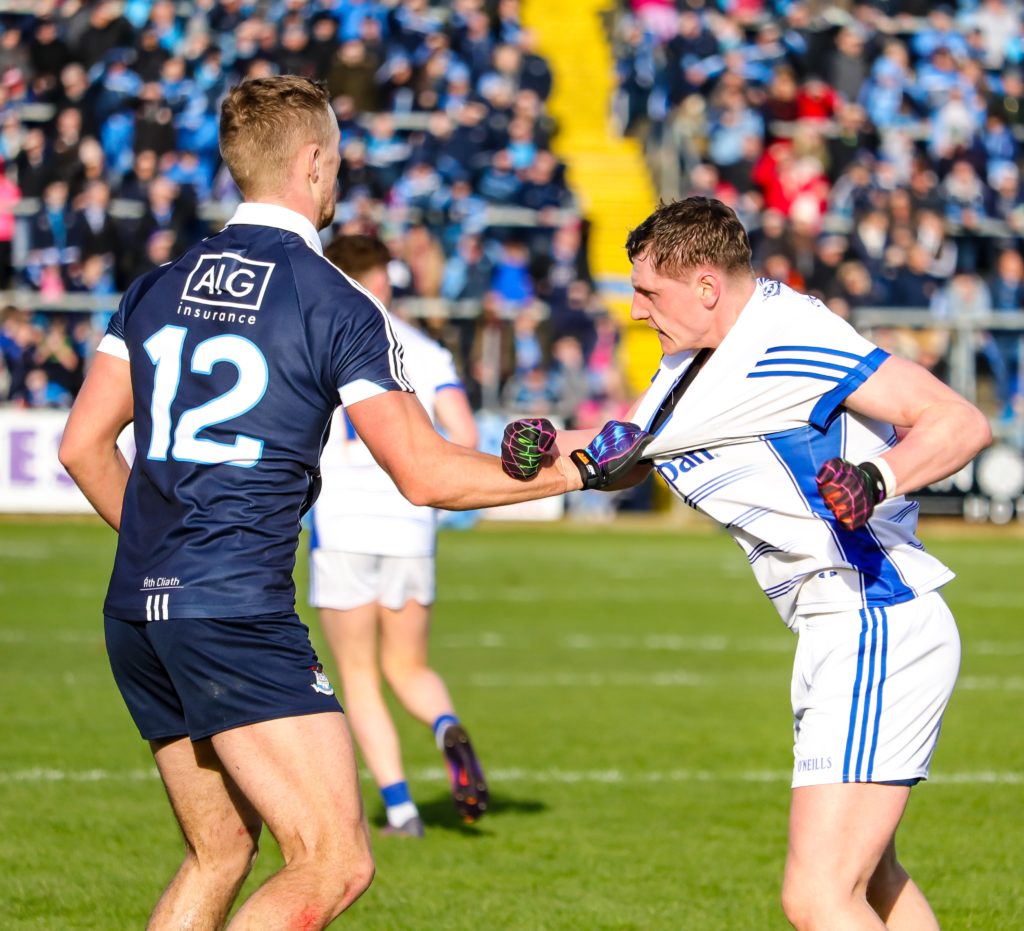 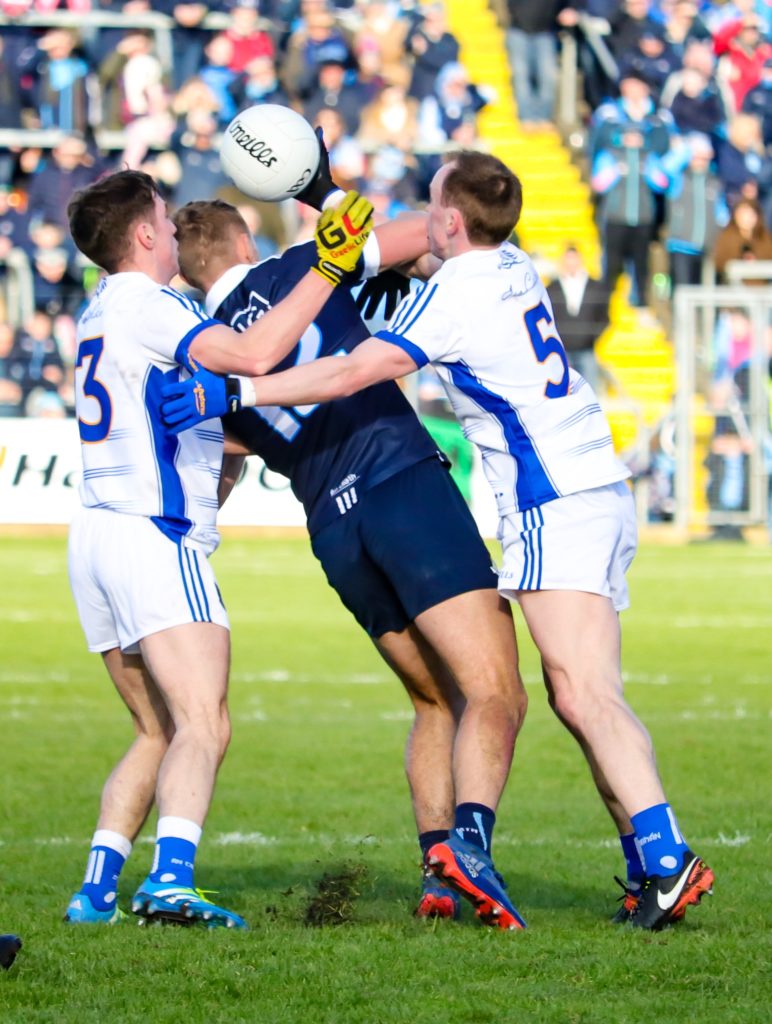 ST JUDES AND CASTLEKNOCK GO IN SEARCH OF FINAL PLACE