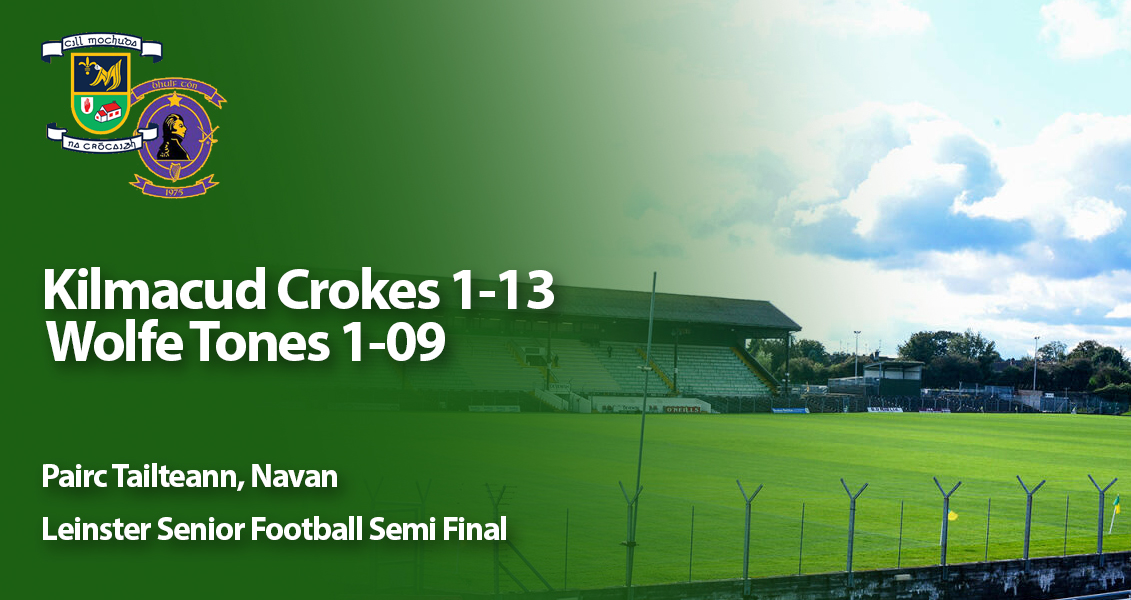 Not for the first time in this club season, former Dublin Senior Footballer Paul Mannion made his presence felt yesterday as Kilmacud Crokes threw off the challenge of Wolfe Tones of Meath to advance to this year’s Leinster Senior Football Semi Finals.

A tally of six scores, including three of Crokes last four scores, made Mannion’s performance a significant one. And it was Mannion’s precise pass the lead to Ben Shovlin’s first quarter goal.

The three time All Star, and his Kilmacud team mates will now look forward to a Croke Park Provincial Semi Final against Portarlington on December as Leinster GAA host a double header.

Wolfe Tones will be disappointed, losing Cian Ward at the second half water break despite pleading his case. It stole Tones of their talisman. But they’d got off to a bad start with Crokes rushing into a 1-03 to 0-01 early lead. A touch of class from Mannion, opening the Tones defence with a perfect pass. Ben Shovlin receiving that pass got lucky as his initial shot was saved, but rebounded back off his heel and into the net.

Crokes Push on to leave Tones behind

To their credit, Wolfe Tones battled back to level terms towards the end of the first half. Cian O’Neill palmed a goal giving his side a lifeline. But scores from Mannion and Tom Fox gave Crokes a 2 point lead at the break.

Three more Crokes points on the restart put a more comfortable shape on the scoreline. Tones stubbornly pushed on, refusing to be shaken. Thomas O’Reilly was influential for the Meath side after losing Ward to the red card, getting back within three points of their opponents. But they never recovered from losing a player. And as Mannion pushed through three late scores, it was enought to seal their Semi Final slot.

McCAFFREY HOPES FOR A SPEEDY RECOVERY IN 2018