Macauley And Byrne Could Drop To The Bench In Reshuffle 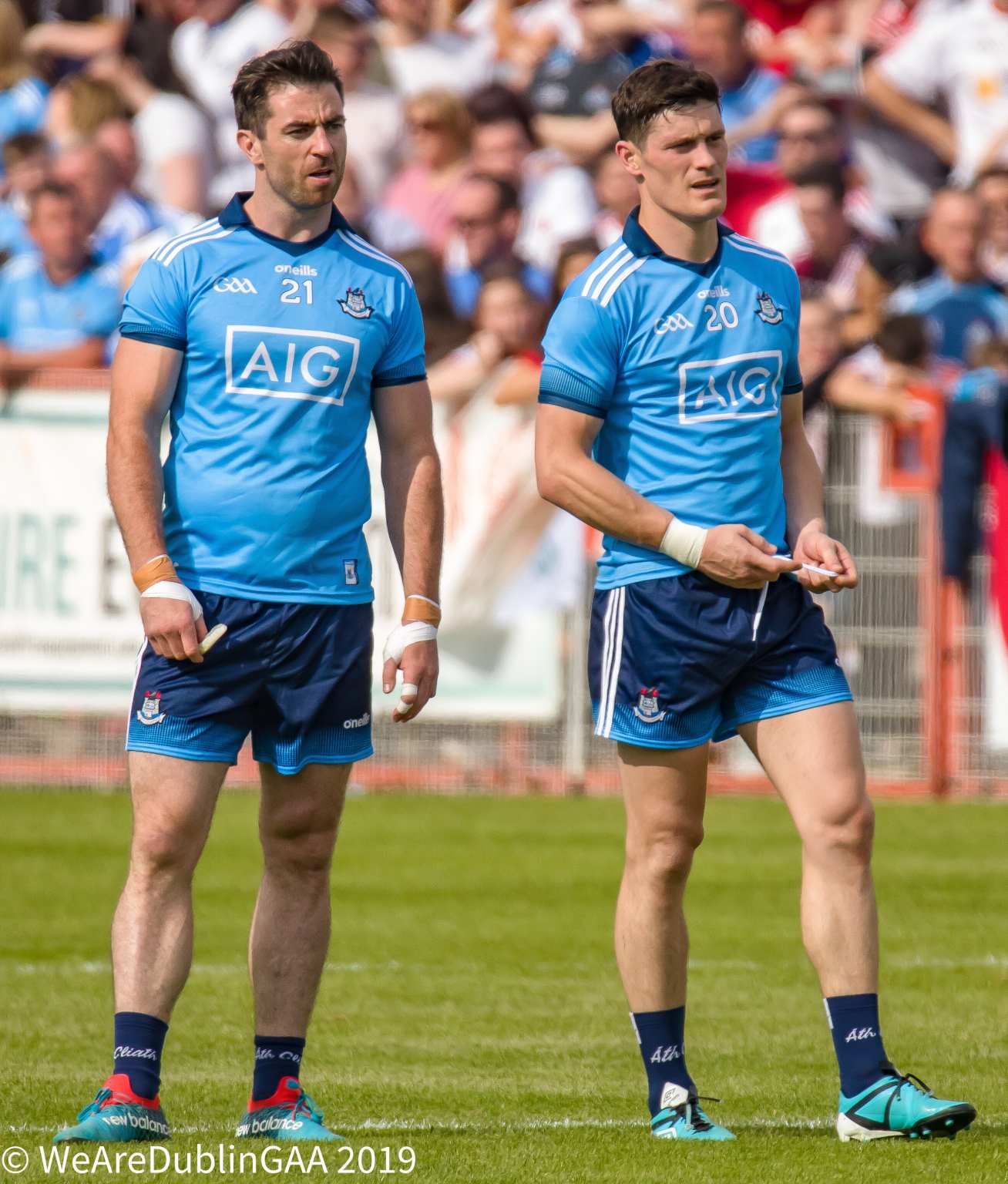 Dublin manager Jim Gavin has a number of selection issues ahead of tomorrow’s sold-out All-Ireland semi-final clash with Mayo and Macauley and Byrne may have to do with a place in the bench.

If Gavin decides to go with Cian O’Sullivan in the sweeper role tomorrow which he has done to great effect against Mayo in the past, then the Dublin manager will need to perform a reshuffle in his half-back line.

Jack McCaffrey, John Small and Hames McCarthy are sure to start but four into three doesn’t go, so Gavin may decide to play O’Sullivan at number 6, he will need to shift Small to the wing and play James McCarthy in midfield alongside Brian Fenton.

If that is indeed the case it will mean Michael Darragh Macauley will miss out on a starting place on the team.

Macauley has enjoyed a brilliant championship to date which has included three goals in six games.

But with Mayo playing their ninth game in in ten weeks and only seven days since their win over Donegal and with a number of their big stars 30 years of age of over, Gavin may decide Macauley’s powerful running game would be better utilised in the latter stages of the game.

Jim Gavin will have a big call to make also in his full-back line.

With the fit again Jonny Cooper certain the decision of who slots in the other two positions will be the interesting one.

If Gavin decides to go for the more experienced pairing of Philly McMahon and Michael Fitzsimons, then David Byrne although he has started five of Dublin’s championship games to date, Will Be the one to miss out.

That will be tough on Byrne who hasn’t put a foot wrong this summer, but how Mayo will set their team up is unknown and they could yet start with Aidan O’Shea up front.

That’s something Mayo tried before although to no great affect as Philly McMahon nullified the threat of O’Shea and Gavin may feel that he will need that experience in the full back line at least from the start of the game.