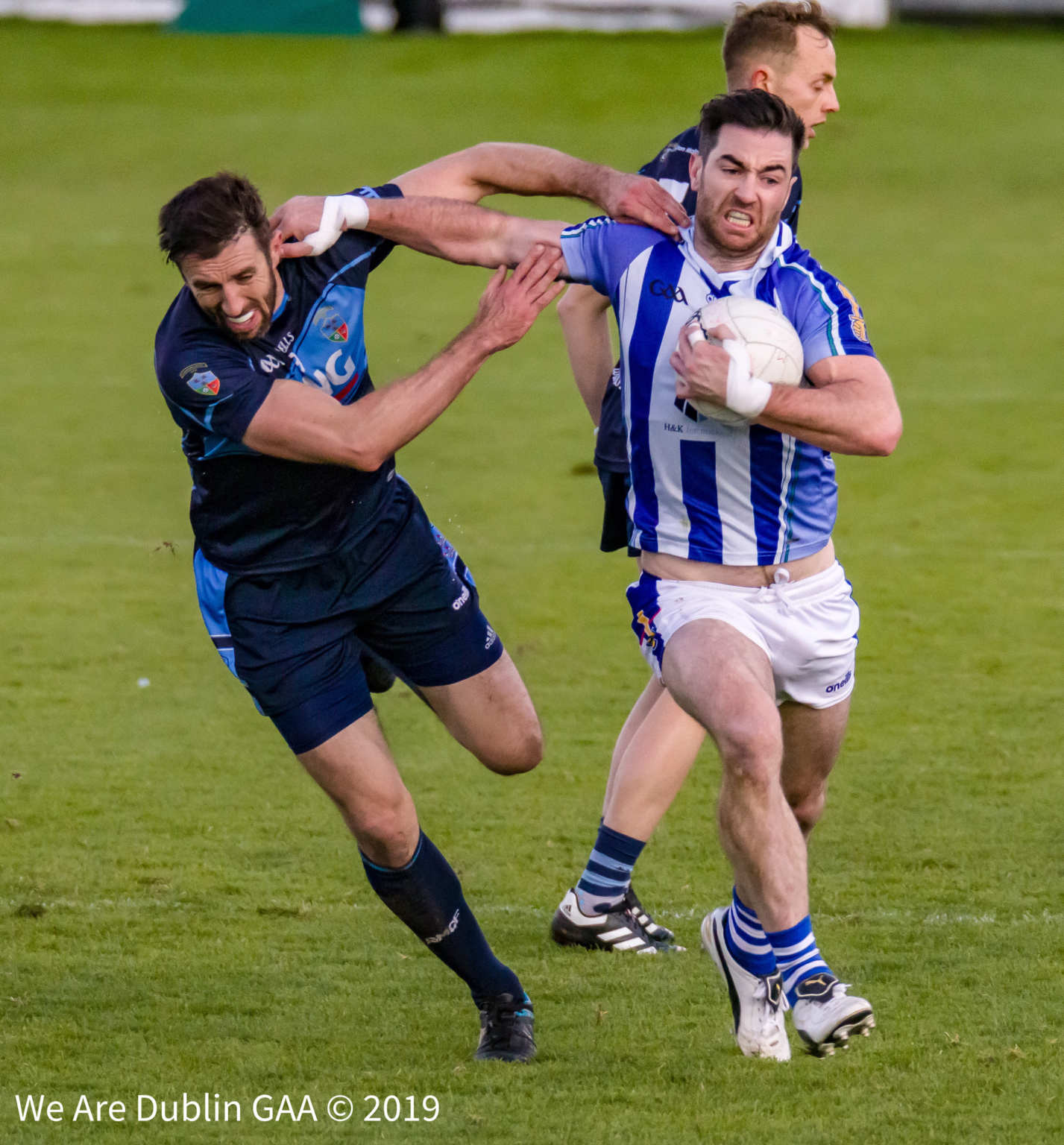 Michael Darragh Macauley and Colm Basquel inspired Ballyboden to a secon half comeback against St Judes to secure a place in the Dublin SFC final.

Ballyboden’s first appearance in the county final in four years looked very unlikely after the first half as they trailed St Judes by six points.

But manager Anthony Rainbow earned his crust at the break and switched the Basquel brothers with Colm moving inside and he grabbed the all important goal in the closing stages.

The dominance of Macauley in midfield after the restart was a major factor in helping Ballyboden reel Judes back in and there was marked increase in tempo, work-rate, aggression in the tackle from Boden’ in the second half and once they hit the front with five minutes to go they never looked back.

It was a far cry from the first half with Ballyboden finding themselves on the back foot inside the opening minute thanks to a fine point from Dublin star Kevin McManamon.

It got worse for Boden’ moments later when Chris Guckian hit an absolute howitzer into the top corner of the net and suddenly Judes led by four.

Darren O’Reilly hauled the Firhouse Road outfit back into the game, after seeing his first effort at goal saved, he made no mistake with his second opportunity and finished it to the net to leave just a point between the sides with the score 1-02 to 1-01.

But Boden’ only troubled the scoreboard once more in the opening half and St Judes controlled proceedings till the short whistle and points from Tom Devlin with three and a point each from Padraic Clarke and McManamon gave Templeogue outfit a six point lead at half-time with the score 1-08 to 1-02.

But it was a different story for the second thirty minutes as Ballyboden penned Judes in their own half for long periods and started reducing the deficit. Boden’ outscored their opponents by five points to one in the third quarter.

Goalkeeper Darragh Gogan got the ball rolling with a well struck 45’, Declan O’Mahoney and Darren O’Reilly swung over two fine efforts from play and Colm Basquel was deadly accurate with two frees.

With their tails up Ballyboden took the lead for the first time in the game in the 56th minute when Colm Basquel finished emphatically to the net. He tagged on a point a minute later and brother Ryan added another in the closing stages and Ballyboden claimed the place in the 2019 Dublin SFC final.