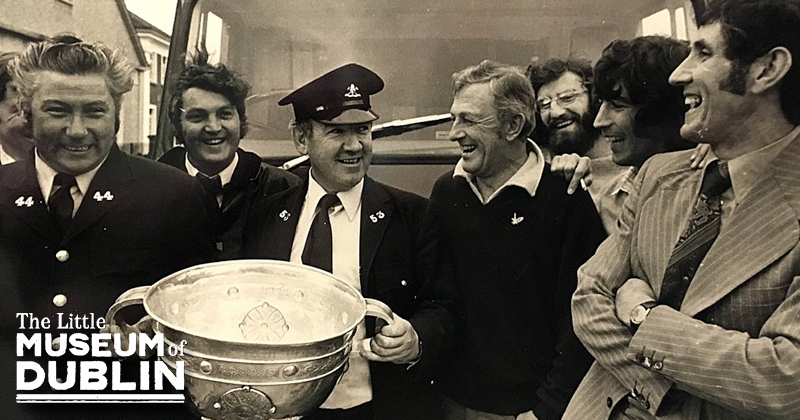 What Dublin GAA fan doesn’t love the chance to take a stroll down memory lane and relive an absolutely glorious era of football in the county’s proud history?

Well, from this Thursday, fans young and old can relive the memories, images and stories that were “Heffo’s Army”

The Little Museum of Dublin will open a brilliant new exhibition “Heffo’s Army: The Rise Of Dublin GAA, dedicated to the late great Kevin Heffernan. Heffo was one of the greatest footballers and managers of all time. 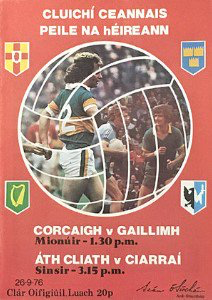 The exhibition takes a look at the development of the GAA in Dublin from the early 20th century through the massive and storied rivalry between Dublin and Kerry in the late 1970’s, and it explores the impact that Dublin’s fortunes have had on the GAA, and the change of fan culture in the capital. It will display in all its wealth the positive legacy that of Kevin Heffernan, his players and the fans.

Presented in association with New Ireland Assurance and the RTÉ Archives, visitors will get a once in the lifetime opportunity to see rare footage and photographs from the period, as well as personal memorabilia from fans and players alike.

“It is a real privilege for us to tell the story of Heffo’s Army to Dubs – and indeed to visitors from all around the world,” said Simon O’Connor, Curator of The Little Museum of Dublin. “The story of Kevin, the players and indeed the fans is an amazing moment in the social history of our capital and the life of the GAA.”

For anyone interested, the Little Museum is situated at 15 St. Stephens Green, on the north side of the square, near the corner of Dawson Street. The museum is open seven days a week from 9:30am to 4:00pm and opens until 8:00pm on Thursday evenings.

Admission is €8 for Adults and €6 for Senior Citizens and Students. As it’s a small museum, tours can fill up quite quickly so you can order tickets online here. You can pay in at the museum but you might be disappointed if they’re busy.

For more details on the Museum and this wonderful exhibition just pay them a visit at www.little museum.ie

(images courtesy of The Little Museum Of Dublin)