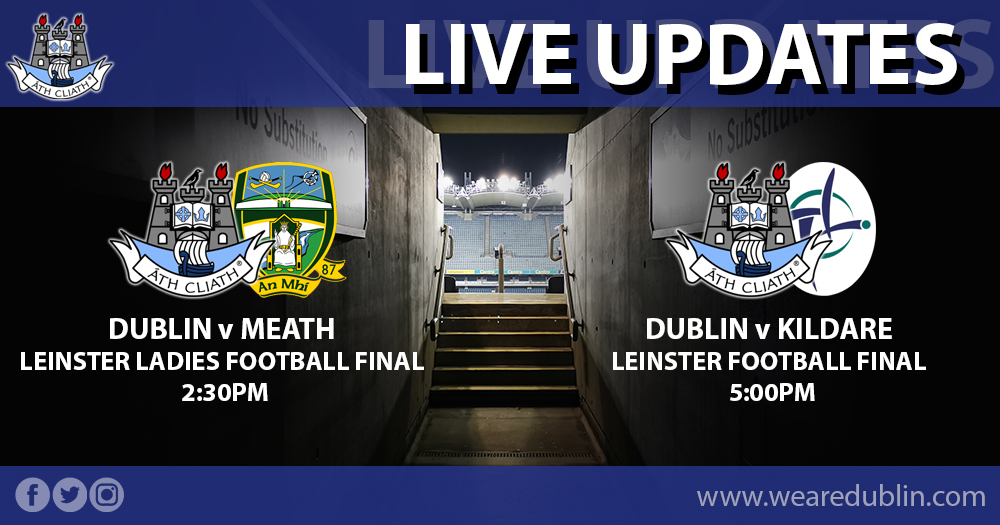 History will be made today as the TG4 Leinster Ladies Final throws in at 2.30pm. This is the perfect opener in an exciting double header.

After three round robin games, Dublin will face Meath in the decider, their third meeting already this year.

The Mary Ramsbottom Memorial Cup is the only trophy yet to be won by Eamonn Murray’s Meath. The Royals are the reigning All Ireland Senior champions and Lidl National League Division 1 holders. However, standing in their way are Dublin. The Dubs are formidable opposition and they will be keen to maintain their grip on the Leinster trophy for a ninth successive season.

Eager to secure a 12th Leinster SFC title in a row, Dublin have sauntered through to another provincial decider. Emphatic wins over Wexford and Meath provided encouraging evidence for Dublin following a bitterly disappointing Allianz Football League campaign.

Kildare were also relegated in the Spring, but they scored heavily during victories over Louth and Westmeath. Jimmy Hyland, Darragh Kirwan, and Ben McCormack have all been prominent for Glenn Ryan’s Kildare, who last wona Leinster crown back in 2000.

We’ll be live from Croke Park later today, and we’ll keep you posted if you’re not traveling or can’t tune in to the games. Our Twitter Feed will be filled with Live Updates from the fisrt throw in at 2:30pm. Just head to www.twitter.com/wearedub to follow the action. Not on Twitter? Don’t worry, you can follow the feed below this post.

Connolly Is The Best Player I’ve Ever Been In A Dressing...