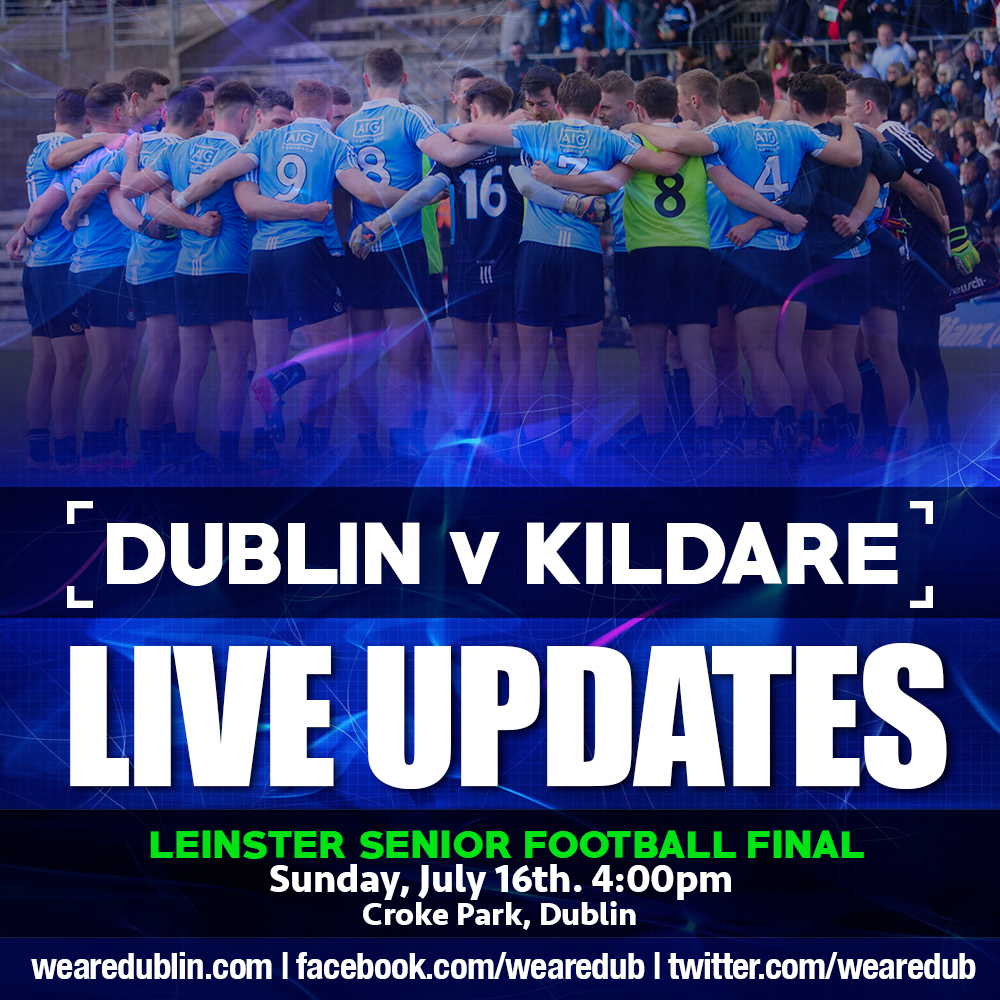 The day has arrived, and there’s always an amazing buzz around Leinster Final Sunday. The flags and bunting have been hung out in the summer sun. Dublin fans will once again go through their pre-match routines, and start heading towards their meeting points ahead of today’s big games.

For anyone in early make sure to check out the Leinster Minor Football final action at 2:00pm between Dublin and Louth. And Dublin fans can keep a close eye on the action by checking out the live updates from our friends at DubMatchTracker on Twitter.

But at 4:00pm Jim Gavin and his Senior Football panel will square off against Kildare, and a win will hand Dublin their seventh consecutive Leinster Championship title. Dublin have made easy work of Carlow and Westmeath so far in the knockout stages setting up today’s fixture.

Kildare have had convincing victories over Laois and Meath to reach this year’s final, a position they’ve not found themselves in since 2009, when they were defeated by Dublin. Both sides have been named and the talk will be over in a few hours time.

We’ll be live from throw in this afternoon with score by score updates on www.twitter.com/wearedublin. And we’ll have post match reports and analysis right here and on www.facebook.com/wearedub.

Don’t forget, if you have no direct twitter access and want to follow our live score feed you can do this on the front page of www.wearedublin.com.

CLUXTON STRUTS HIS STUFF ON THE DANCEFLOOR FOR STRICTLY 4 LEGS